(Reuters) -Former New York Mayor Rudy Giuliani has refused to appear before the U.S. House of Representatives committee investigating the Jan. 6, 2021, Capitol attack unless his testimony is videotaped, his attorney and a spokesman for the panel said on Thursday.

Giuliani’s attorney, Robert Costello told Reuters that the committee had rejected the demand.

“Confirmed. We asked that we could videotape the interview so that we would have a copy of what was said. The Select Committee refused,” Costello told Reuters in an email.

“Mr. Giuliani is an important witness to the conspiracy to overthrow the government and he remains under subpoena,” Mulvey said. “If he refuses to comply the committee will consider all enforcement options.”

The former mayor tweeted a story on The Gateway Pundit website reporting that he had asked for live national television coverage of his scheduled testimony, a request that had been denied by the committee.

The committee is trying to establish Trump’s actions while thousands of his supporters stormed the Capitol in January last year, sending members of Congress and then-Vice President Mike Pence rushing to take cover.

Congress had been meeting to formally certify Democrat Joe Biden’s victory over Republican Trump in the November 2020 presidential election.

More than 900 people, including many Trump White House aides, have been interviewed in the committee’s investigation. 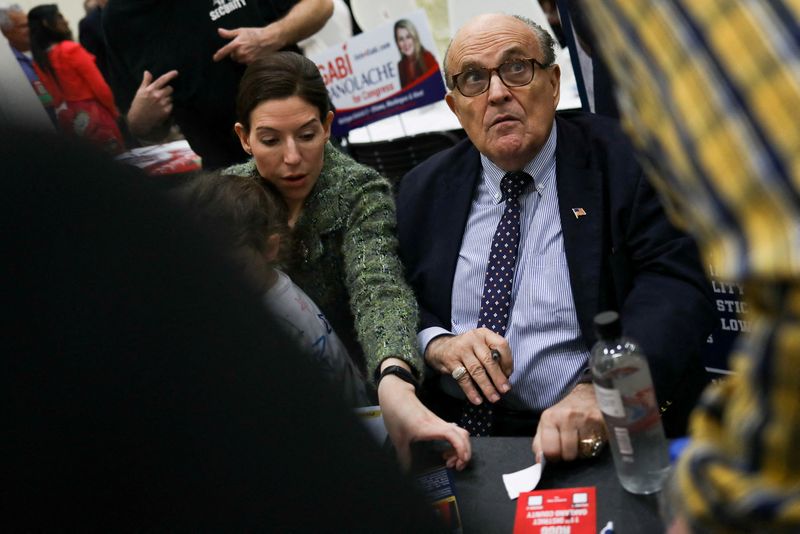