(Reuters) -Social Security has never failed to make its benefit payments since the mailing of monthly checks began in 1940, but most Americans these days are worried about the future of the program.

Who can blame them? Social Security’s two trust funds are projected to run dry in 2034, and the program would be able to pay only 80% of its obligations to retirees and disabled workers at that point. Politicians don’t exactly generate confidence when they make irresponsible – and wrong – comments claiming that Social Security is going bankrupt or running out of money.

The Social Security trustees have been projecting this shortfall since the early 1990s, but the U.S. Congress has failed to act. What we need is a full, public debate on reform legislation – and an actual vote by lawmakers. The window is open for that to happen this year – the Democratic Party has developed an internal consensus on legislation that addresses the solvency problem, and also expands benefits modestly. It controls both legislative chambers – at least for now.

The Social Security 2100 Act is supported by 202 House Democrats – in other words, nearly the entire party caucus. The bill probably cannot jump the hurdle of a Republican filibuster in the U.S. Senate, but it is imperative to get everyone in Congress on the record with a vote on this issue.

“People have got to know where you stand,” said U.S. Representative John Larson, a Connecticut Democrat and chief sponsor of the legislation.

The Social Security 2100 legislation would close 52% of the long-term shortfall, according to an analysis by the Social Security actuaries. It would push the trust fund depletion date back to 2038 by adding new payroll taxes to wages over $400,000 – currently, taxation stops at $147,000. Earlier versions of the bill restored solvency for 75 years by also gradually increasing payroll tax rates, but that has been eliminated to reflect President Joe Biden’s campaign pledge not to raise taxes on people with incomes below $400,000 per year.

The bill does recognize the need to expand benefits, which can help address rising income inequality, and racial and gender gaps in retirement security. The COVID-19 pandemic has widened those gaps. What’s more, Gen-Xers and Millennials are likely to fare even worse than boomers and today’s seniors when they reach retirement. This is the result of factors including escalating higher-education costs, staggering student debt burdens, wage stagnation, soaring housing costs and the decline of traditional defined benefit pensions.

Social Security 2100 includes a modest 2% across-the-board boost in benefits, and it would shift the annual cost-of-living increase to a more generous formula. It also includes targeted benefit increases such as a new minimum benefit level for very low income seniors, and improved benefits for widows and widowers. It also would provide caregiver credits that increase benefits for people who take time out of the workforce to care for dependent family members. And it would repeal the Windfall Elimination Provision (WEP) and Government Pension Offset (GPO), which currently penalize many people who work in the public sector.

What would Republicans do to solve the Social Security problem if they take control of Congress next year?

Earlier versions of Republican reform plans have called for benefit cuts in the form of higher retirement ages and means testing. U.S. Senator Rick Scott, a Florida Republican, recently set off a small firestorm with a proposal to sunset all federal legislation every five years – an idea that at least in theory would require regular reauthorization of Social Security and Medicare. He also wants every American to pay income taxes – no matter their level of income.

Republicans have also made clear that they prefer to handle Social Security reform behind closed doors. Senator Mitt Romney, a Utah Republican, has proposed the ironically named TRUST Act, which would create a closed process for legislators to propose changes to the Social Security and Medicare trust funds, culminating in an up or down vote process.

This approach is a favorite play for lawmakers looking to keep their fingerprints off unpopular legislation – bills emerge from faceless, bipartisan committees. The last time it was attempted for Social Security was the unsuccessful Bowles-Simpson commission, which proposed a range of unpopular benefit cuts in 2011 that would have impacted middle-class seniors.

Fighting to improve Social Security would fulfill a promise that Biden made as a presidential candidate, and it could energize voters. Public opinion polling has consistently shown strong public support for maintaining current benefit levels, even if new taxes are needed.

New polling by Data for Progress shows that increasing benefits would make a large chunk of independent voters more likely to support Democratic candidates for Congress this fall. The idea of shoring up Social Security polls extremely well with middle-class Americans: 63% of those without a college degree tell Pew pollsters that Social Security finances should be a top priority for Congress and the president.

This is a battle worth fighting in 2022. 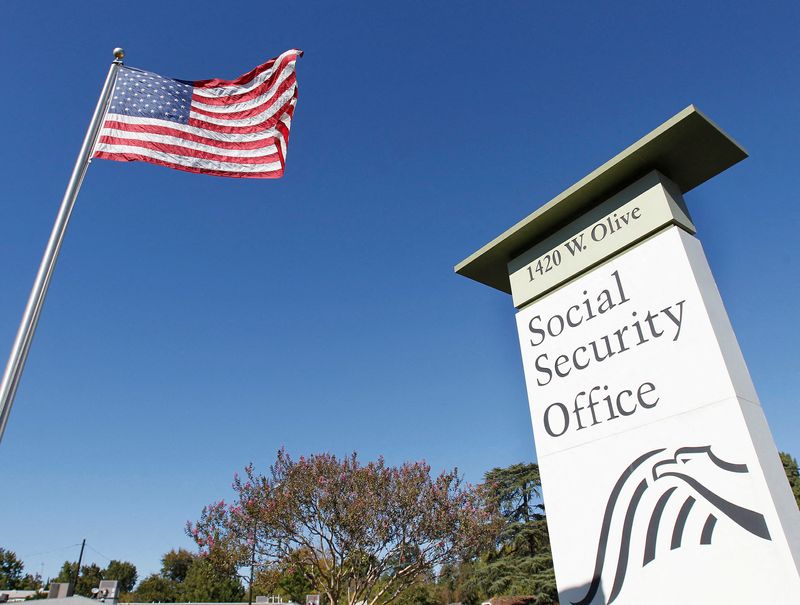