Isaiah Lee, who was subdued after tackling Chappelle, 48, to the stage floor on Tuesday evening, was charged by the Los Angeles City Attorney’s Office with battery, possession of a weapon with intent to assault and two other misdemeanor counts.

“This alleged attack has got to have consequences,” City Attorney Mike Feuer said in a videotaped message.

Feuer announced the misdemeanor charges just hours after the city’s top prosecutor, District Attorney George Gascon, declined to prosecute Lee. A spokesman for Gascon said a review of the evidence did not show felony conduct.

Under California law a misdemeanor carries a maximum sentence of one year in county jail. In Los Angeles, Feuer’s office prosecutes misdemeanors while the district attorney is responsible for felony cases.

Police say Chappelle was performing at the Hollywood Bowl on Tuesday when Lee rushed at the comedian, knocking him to the ground. Lee was subdued near the back of the stage as he sought to flee.

Chappelle returned to the stage after a short break and went on with the show, ad-libbing jokes about the incident. He did not appear to be injured.

The performer’s representatives said on Wednesday that he was fully cooperating with the police investigation.

“As unfortunate and unsettling as the incident was, Chappelle went on with the show,” his spokesperson, Carla Sims, said in a statement on Wednesday, crediting Chris Rock and fellow comedian-actor Jamie Foxx with helping to “calm the crowd.”

The attack sparked comparisons to a bizarre incident during the Academy Awards ceremony in March at which actor Will Smith smacked comic Chris Rock onstage, apparently over a joke about his wife, Jada Pinkett Smith

Rock joined Chappelle onstage a short time after the attack, took the microphone and quipped, “Was that Will Smith?” 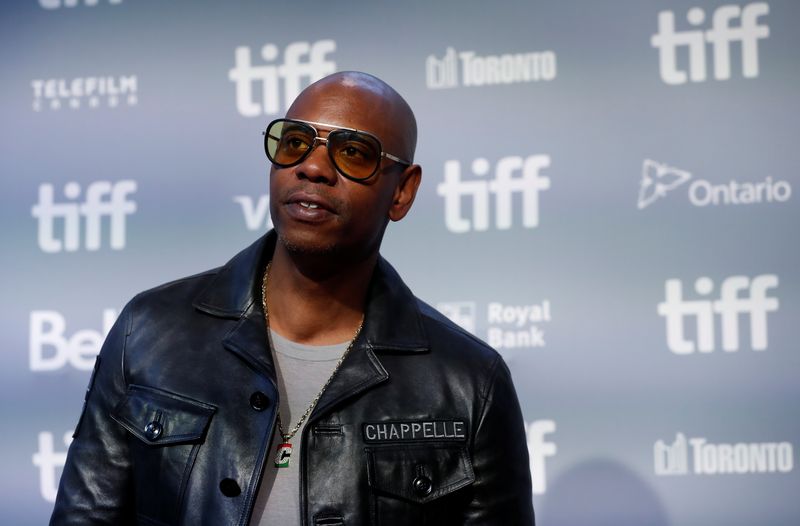