By Dan Whitcomb and Steve Gorman

LOS ANGELES -The man accused of tackling comedian Dave Chappelle to the stage floor during a performance at the Hollywood Bowl in Los Angeles was charged on Wednesday with felony assault with a deadly weapon.

The attack on Chappelle, 48, occurred Tuesday night during a sold-out appearance by the Emmy-winning entertainer as part of an 11-day “Netflix is a Joke” festival, featuring many of the leading names in stand-up comedy.

A Los Angeles Police Department spokesperson said the suspect had in his possession a replica handgun containing a knife blade when he attacked Chappelle.

A short time after the assault, Chappelle was joined onstage by fellow comic Chris Rock, who took the microphone and quipped, “Was that Will Smith?” – a reference to his own experience of being slapped by the Hollywood star during the live Oscars telecast on March 27.

Chappelle appeared to emerge unscathed from Tuesday’s attack and went on with the show, ad-libbing jokes about the incident and about what happened to the suspect, who was seen being chased down onstage by security personnel.

Chappelle said it was fortunate his assailant was “clumsy,” adding, “He’s back there getting stomped,” according to video footage of the altercation posted online by the celebrity news website TMZ.com.

Photos of the suspect seated on an ambulance gurney afterward showed his face visibly bruised and his right arm apparently dislocated or broken.

Police later identified him as 23-year-old Isaiah Lee, who was being held in jail on a $30,000 bond after being charged.

No court hearing was immediately scheduled for Lee, according to online jail records.

There was no word from authorities about a motive for the attack, which according to The Los Angeles Times unfolded after a routine in which Chappelle, attired in a business suit, talked about comedians worrying more about personal safety these days and introduced his own security guard on stage.

Chappelle drew a backlash last year for material presented in his Netflix comedy special “The Closer” that some in the LGBTQ community branded as ridicule of transgender people. Supporters of the comedian viewed the material in question as a cry against “cancel culture.”

The comedian himself alluded to the controversy from the stage shortly after he was tackled on Tuesday, quipping, “It was a trans man,” eliciting laughter from the crowd.

The assault occurred as the comedian, headlining a multi-act show billed as “Dave Chappelle and Friends,” was acknowledging a producer who was working at the show’s DJ booth.

Video of the incident shows the suspect charging onto the stage, apparently from the audience, and launching his upper body into Chappelle, slamming his shoulder into the comedian’s ribs and chest.

Both men fell to the floor before scrambling back to their feet, and the suspect darted away, chased briefly by Chappelle at first. He dodged a swarm of people for several seconds before they tackled him near the back of the stage.

The incident sparked immediate comparisons to the Oscar-night clash between Smith and Rock, an unprecedented incident at the globally televised event that prompted concerns that other performers might face copycat assaults.

“As unfortunate and unsettling as the incident was, Chappelle went on with the show,” his spokesperson, Carla Sims, said in a statement on Wednesday, crediting Rock and fellow comedian-actor Jamie Foxx with helping to “calm the crowd.”

Chappelle was “fully cooperating with the active police investigation of this incident,” Sims said.

A representative for the Hollywood Bowl, one of the most famous entertainment venues in Los Angeles, told Reuters the incident was under investigation, declining to comment further.

(Reporting by Steve Gorman and Dan Whitcomb in Los Angeles; Additional reporting by Brendan O’Brien in Chicago, and Akriti Sharma and Shivam Patel in Bengaluru; Editing by Will Dunham, Howard Goller and Richard Pullin) 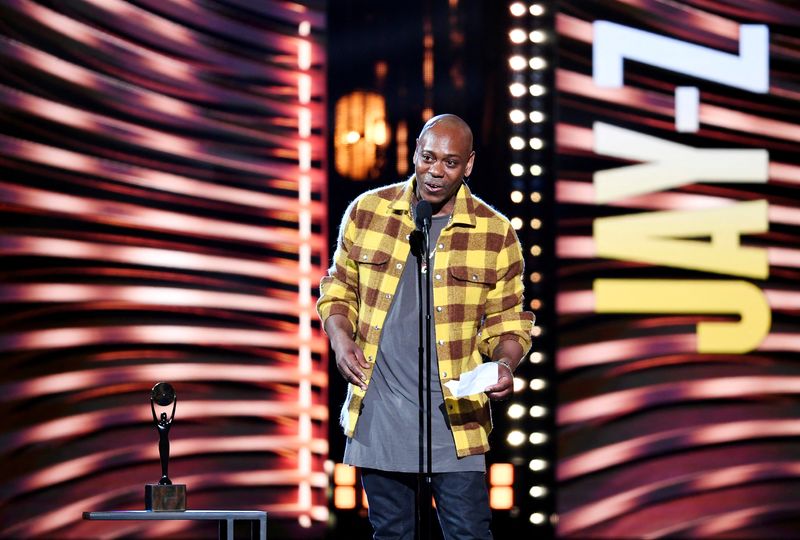 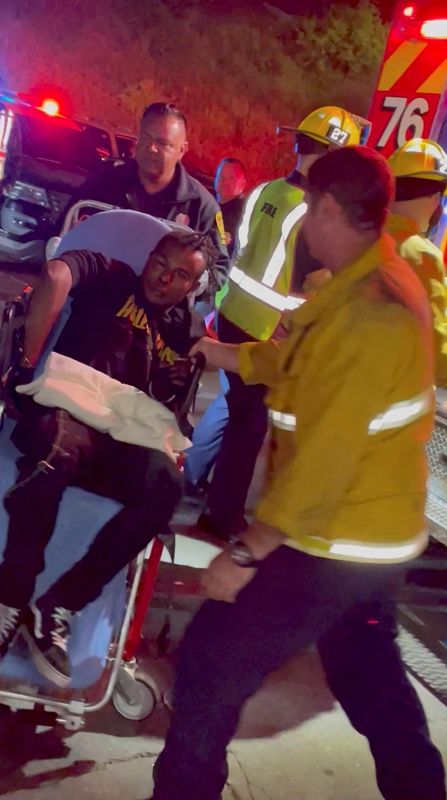 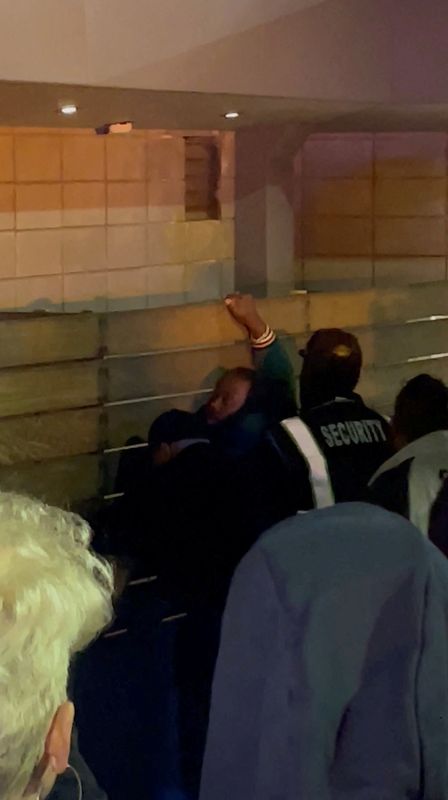 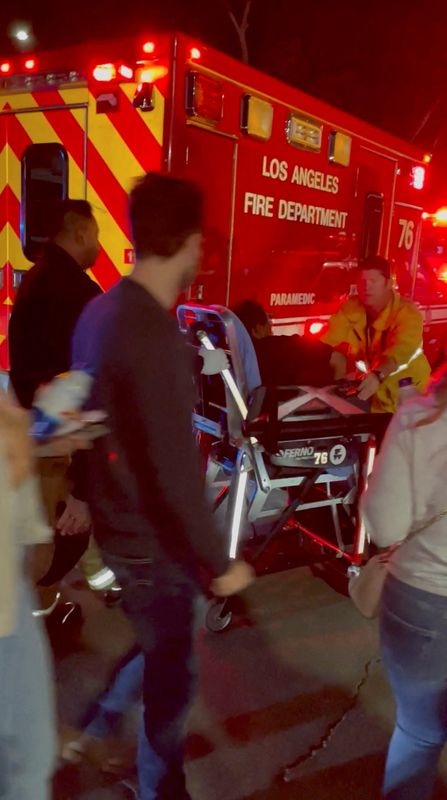