(Reuters) – MercadoLibre Inc said it was so far managing to recoup higher costs by boosting its prices as the South American e-commerce giant reversed a year-ago loss, helped by growth in its financial services unit.

Chief Financial Officer Pedro Arnt said in a call with analysts that MercadoLibre was trying to “pass on” costs due to increases in transport, labor and oil prices.

“I think we’ve done a good job of trying to offset that pressure through pricing,” he said.

The Nasdaq-listed Argentine company posted quarterly earnings of $65 million after a year-ago loss of $34 million, although the profit figure missed the Refinitiv analysts’ forecast.

“Marketplace growth remained consistent, mainly due to the behavior and growth of buyer base,” Chief Financial Officer Pedro Arnt said in a statement.

The company, present in 18 countries including Brazil, Mexico and Colombia, said active users rose 15.7% rise over a year ago to 80.7 million, although that represented a slight drop from the end of December.

Its gross merchandise volume (GMV), a widely watched figure for the e-commerce industry’s performance, rose 26.5% from a year earlier to $7.7 billion.

Mercado Pago reported a 72% jump in total payment volume to $25.3 billion. The unit, which operates in credit, insurance and investments, now accounts for 45% of the group’s revenues in Brazil, its main market.

Executives said on the conference call with analysts that they were looking to “significantly expand” their buy-now, pay-later service, called Mercado Credito, in the future. 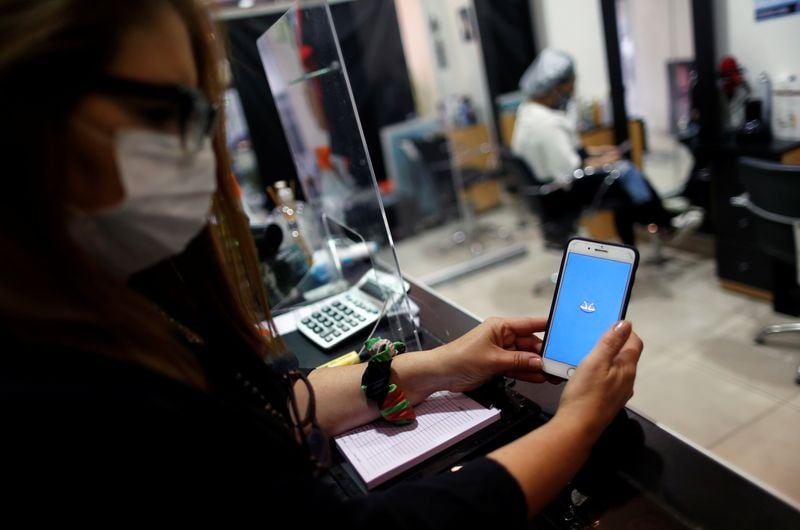