WASHINGTON -A grainy 28-second video showing a naked young man gyrating against someone in bed amid squeals and laughter was the latest in a string of episodes that has turned Republicans against one of their own: the brash U.S. Representative Madison Cawthorn of North Carolina.

The group that released the video online said it depicted Cawthorn, who did not dispute the claim. The 26-year-old political novice on Thursday slammed the video’s release as a “hit” and “blackmail” against him and said it showed him joking with a friend years ago.

It followed other episodes that have led powerful Republicans such as Kevin McCarthy, the top Republican in the House of Representatives, to break with him.

“It isn’t any one thing. It’s the totality,” North Carolina U.S. Senator Tom Tillis, who is actively working against Cawthorn ahead of a May 17 primary, told Reuters.

Tillis, who has endorsed state Senator Chuck Edwards’ challenge of Cawthorn, added: “I just want better representation, better results for people out in the district.”

Cawthorn beat a Donald Trump-endorsed Republican in 2020 on his way to Congress. As the youngest member of Congress, he has adopted the former president’s pugilistic style and won his 2022 reelection endorsement.

But a poll conducted for the Republican GOPAC Election Fund showed Cawthorn’s lead among likely primary voters dropping to 38% in late April from 49% in March, while support for Edwards advanced to 21% from 14%. The poll has a 4.9% margin of error.

Cawthorn’s campaign finances are in the red three weeks ahead of the primary, with debts and obligations more than twice as large as his cash position as of April 27, according to documents filed with the Federal Election Commission on Thursday.

The American Muckrakers PAC, dedicated to opposing Cawthorn, released the video this week on the website FireMadison.com. In addition to the two individuals in the bed, the scene included a wheelchair, which Cawthorn uses, nearby.

Tillis described the video as “absurd to embarrassing.”

“A new hit against me just dropped. Years ago, in this video, I was being crass with a friend, trying to be funny. We were acting foolish, and joking. That’s it,” Cawthorn tweeted. “I’m NOT backing down. I told you there would be a drip drip campaign. Blackmail won’t win. We will.”

Cawthorn would be forced into a June runoff election if he failed to garner more than 30% of the vote in the primary. Polling data showed that 31% of voters had a very favorable opinion of him last month.

But pollsters and strategists said there is a chance the attacks could backfire on his opponents by galvanizing support for Cawthorn, a populist who opposes the Republican establishment.

Some Republican voters have embraced the combative styles of extreme personalities such as Trump, Florida Governor Ron DeSantis and U.S. Representative Marjorie Taylor Greene as an antidote to what they view as the excesses of liberal Democrats.

“It’s going to be a very close election,” said Republican pollster Glen Bolger, whose firm Public Opinion Strategies has also conducted two surveys for the Edwards campaign. “It’s possible that he could survive his self-inflicted political wounds. But he’s put himself in grave political danger.” 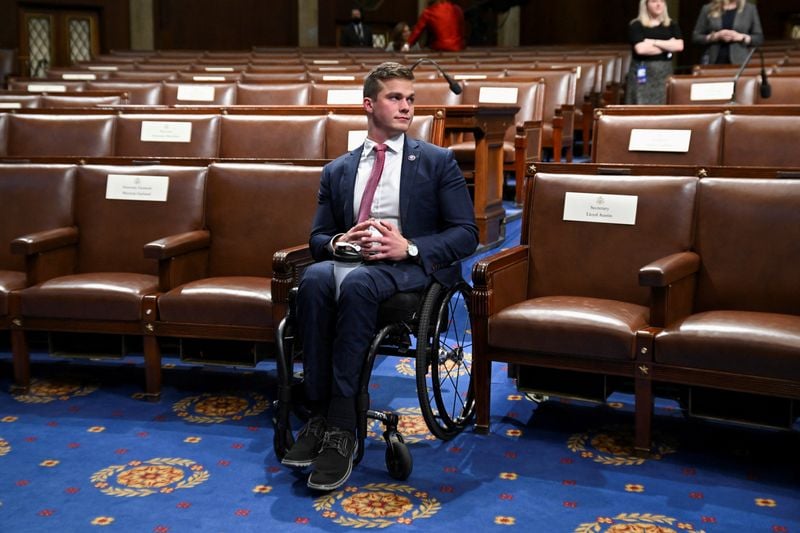