SocGen said it was setting aside higher provisions for bad loans because of the Russia-Ukraine conflict.

The bank said it now expected this year’s cost of risk, which reflects bad loan provisions, to reach 30 to 35 basis points, or between 1.7 billion and 1.9 billion euros. That compares with a previous forecast of less than 30 basis points.

Those costs come on top of earlier writedowns.

The bank said in April it would quit Russia and sell its Rosbank business there to Interros Capital, a company linked to Russian oligarch Vladimir Potanin, writing off roughly 3.1 billion euros.

SocGen Chief Executive Frederic Oudea said he expected to close the Rosbank deal in the coming weeks, adding that he did not see sanctions against Potanin from Australia and Canada as a hurdle in terms of the sale.

Strong trading helped the lender compensate for the impact of the Ukraine conflict, albeit with smaller increases in revenue than at its bigger French rival BNP Paribas.

BNP Paribas reported a 60.9% jump in equity trading revenue during the first quarter and 47.9% rise in fixed income, currency and commodities.

Analysts at Jefferies said SocGen had published a “strong set” of earnings with all divisions above expectations, from French retail banking to corporate and investment banking.

The bank’s exit from Russia has nonetheless reduced its capital cushion. Its common equity tier one ratio, a key yardstick of capital strength, fell to 12.9% at end of March.

The financial hit of 3.1 billion euros from the Rosbank sale is made up of 2 billion euros on Rosbank’s book value with the rest linked to the reversal of rouble conversion reserves. 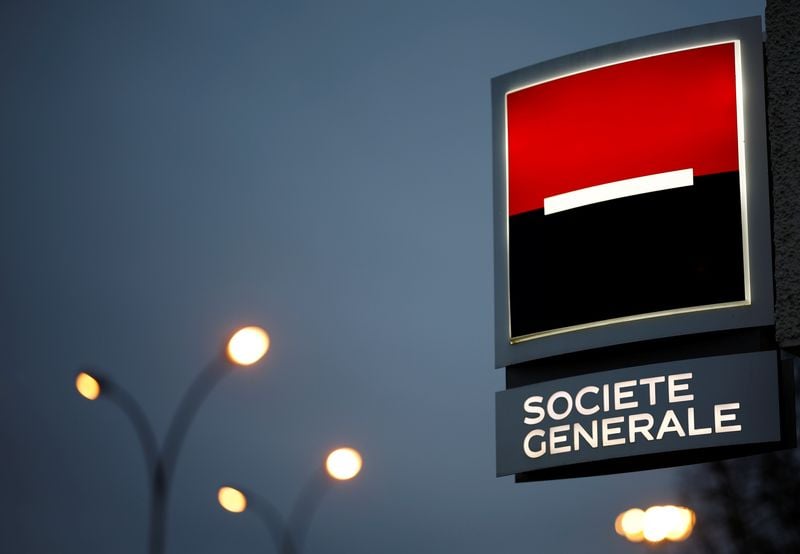