WASHINGTON (Reuters) -The rate of plastic waste recycling in the United States fell to between 5%-6% in 2021 as some countries stopped accepting U.S. waste exports and as plastic waste generation surged to new highs, according to a report released on Wednesday.

The report by environmental groups Last Beach Clean Up and Beyond Plastics shows the recycling rate has dropped from 8.7% in 2018, the last time the Environmental Protection Agency published recycling figures.

The decline coincides with a sharp drop in plastic waste exports, which had counted as recycled plastic. China and Turkey have since implemented plastic import bans and other countries set plastic waste contamination limits under the Basel Convention Plastic Waste Amendments, which the United States did not ratify in 2019.

“The U.S. must take responsibility for managing its own plastic waste,” said the report, which used 2018 EPA, 2021 export and recent industry data to estimate the 2021 recycling rate.

The EPA did not release its updated yearly recycling rate data last year. It last published data in 2020 showing 2018 rates.

“EPA is aware of the report and will review the data,” an EPA spokesperson said, adding it will update its waste and recycling web page “later this year.”

The recycling rate is falling as plastic waste generation soars in the United States, the report said. Per capita plastic waste went from 60 pounds per year in 1980 to 218 pounds in 2018 – a 263% total increase.

The petrochemical and plastic industry has been advocating for improved recycling across the country but is facing pressure to curb its production of virgin plastic.

Last week, California Attorney General Rob Bonta launched an investigation into the fossil fuel and petrochemical industries’ role in “causing and exacerbating the global plastics pollution crisis” and accused the industry of “perpetuating a myth that recycling can solve the plastics crisis.” [L2N2WQ2LY]

“Recycling does not work, it never will work, and no amount of false advertising will change that,” said report author Judith Enck, a former EPA regional administrator. 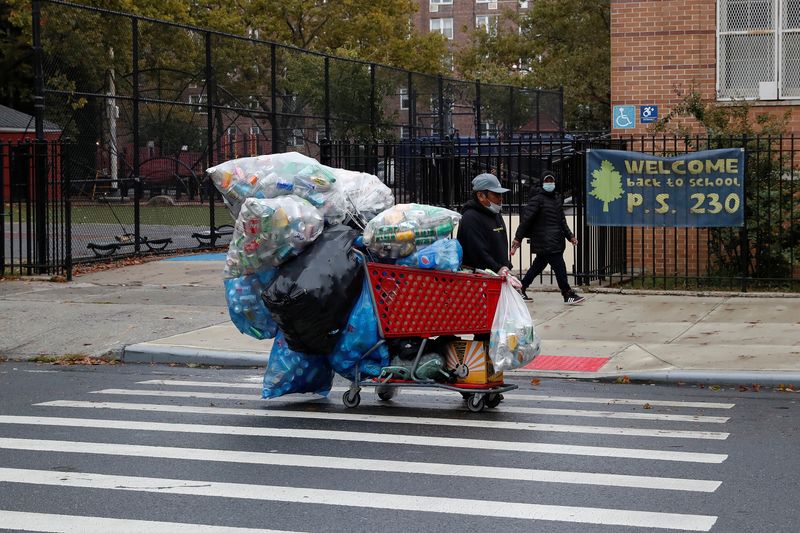