By Stine Jacobsen and Isla Binnie

COPENHAGEN/MADRID – Wind turbine makers racked up hefty losses last quarter, swelled by rocketing costs and cut-throat competition despite being more in demand than ever.

The industry started seeing a steep decline in prices and increased competition back in 2017 as some governments moved away from generous, fixed, subsidised tariffs for power toward an auction-based system that favours the lowest bidders.

Profits have been pummelled further by COVID-19, runaway metals prices, politically-motivated import duties and the fallout from Russia’s invasion of Ukraine.

Vestas, GE Renewable Energy and Siemens Gamesa, which control 70% of the market outside China, all reported wider losses for the first three months of 2022.

“The competition is rather fierce and, in the past, there was an element where people wanted to gain market share at the expense of profitability too often,” Siemens Gamesa Chief Executive Jochen Eickholt said on Thursday.

Turbine makers are now trying to lift prices to mitigate the pressure on profit margins.

Both Vestas and Siemens Gamesa have, over the past year increased average selling prices by a double-digit percentage and turned down projects where assumed prices were too low. That has bucked a trend of stagnant or falling prices in recent years.

Eickholt, who took over as CEO of Siemens Gamesa in March with a remit to turn around the struggling firm, said the Spanish-German company had not been “rigorous enough” on prices in the past, but its strategy is changing.

The company’s onshore order intake in the January-through-March quarter came in 69% below estimates, according to brokerage Jefferies, because the company has became more picky over which projects to take on.

Vestas, which managed to outperform rivals in the past, on Monday reported a deeper-than-expected loss and slashed its profit margin outlook as inflationary pressures following Russia’s invasion of Ukraine, among other things, makes it difficult to set prices.

“We cannot price and we cannot do things we don’t know of,” Andersen told an investor call after the earnings, referring to among other things a 40% jump in European steel prices in just a matter of weeks.

Soaring raw material costs have hit several industries but especially hurt the wind supply industry as turbines are 90% made of metals like steel and aluminium.

Delays in the broken supply chain and a more than quadrupling of freight costs since 2020 are also bad for an industry requiring specialised freight solutions to move huge components across the globe.

The good news for the industry is that while costs are rocketing, demand is also at very high levels due to the global energy transition away from polluting fossil fuels and more recently in response to countries trying to wean themselves off Russian oil and gas.

Current wind targets around the globe indicate that roughly 1 million new turbines will be installed between now and 2050, according to Director of Research at energy transition consultancy Brinckmann, Shashi Barla.

“The mid to long term fundamentals are stronger than ever but this will not preclude the fact that the OEMs (original equipment manufacturers) are facing challenges in the near term,” Barla said.

Longer term, it seems likely that Chinese turbine makers, which have not yet made their mark in Europe, could want a piece of the action and even come to dominate it, similar to the solar industry.

Eickholt said the answer was to find a way for the industry to become profitable and sustainable.

“Otherwise I will find it difficult to imagine how all these growth targets can be met,” he said.

(Reporting by Stine Jacobsen in Copenhagen and Isla Binnie in Madrid; Editing by Matt Scuffham and Elaine Hardcastle) 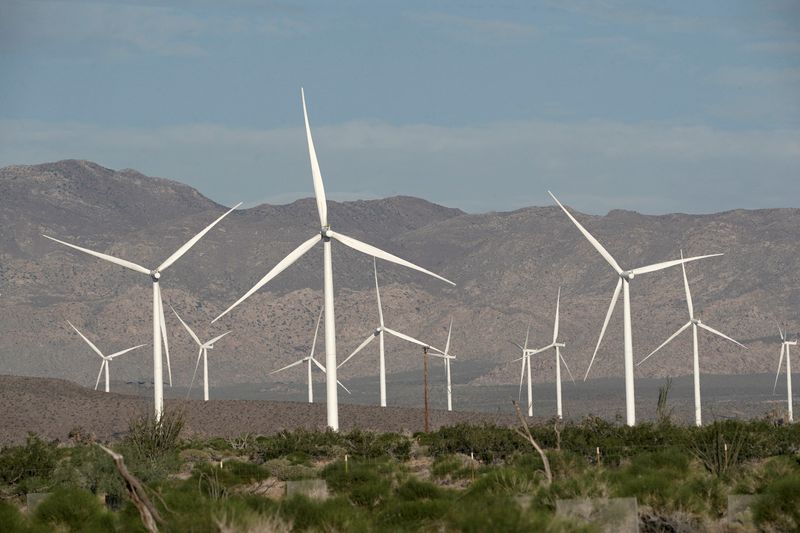