WASHINGTON – A provider of prescription pills that are used to terminate pregnancy at home has seen a spike in interest from U.S. women this week, following news that the Supreme Court would likely reverse a landmark 1973 decision ensuring abortion rights nationwide, nonprofit Aid Access said on Wednesday.

The court confirmed that a draft opinion signaling a reversal of the Roe v. Wade ruling, published late on Monday by the news site Politico, was authentic. The court said it did not represent the justices’ final decision, due by the end of June.

An increasing number of U.S. states have introduced restrictions that greatly limit access to abortions, and many are expected to ban the procedure outright should the court’s final decision allow individual states to determine whether it is legal.

Abortion pills, which can be sent by mail to a patient’s home rather than requiring a visit to a clinic, are viewed as a way to circumvent such bans.

Aid Access is a telehealth service with headquarters in Austria that provides access to medication abortion in the United States.

Christie Pitney, CEO of Forward Midwifery, a Washington D.C. telehealth practice that works with Aid Access, said that the number of women requesting prescriptions for abortion pills, or information about their use, through the group’s website has tripled since the draft opinion was leaked.

In 20 U.S. states that allow abortion pills to be distributed via telehealth, Aid Access works with U.S. prescribers like Pitney to meet virtually with a patient and send a prescription for the medication to local pharmacies.

The group is seeking to add providers to four more states. The remaining 26 states have restrictions on abortion, and 19 of them outright ban or restrict the use of telehealth to get abortion pills. To get around such restrictions, Aid Access works with doctors in Europe who prescribe the pills for patients via a mail-order pharmacy in India.

Those practices are not legal, but U.S. state authorities have acknowledged that they have no effective way of policing orders from foreign doctors and pharmacies. The U.S. Food and Drug Administration issued the group a warning letter in March 2019 and ordered it to cease mailing pills from abroad.

In a medication abortion, a patient takes a drug called mifepristone, which blocks the pregnancy-sustaining hormone progesterone, followed by a second drug called misoprostol, which induces uterine contractions, to end a pregnancy rather than having a surgical procedure. The pills can be used up to 10 weeks in a pregnancy, according to the FDA.

Aid Access has not encountered any problems getting supply of the pills, which are made by privately-held drugmakers GenBioPro and Danco Laboratories for the U.S. market.

“I have talked to a number of clinicians who are stocking up (on the pills) to make sure that they have access to it,” Pitney said.

GenBioPro and Danco Laboratories did not respond to requests for comment.

Medication abortion recently became the most common method of terminating a pregnancy in the United States, accounting for 54% of all abortions in 2020, preliminary findings by the Guttmacher Institute, an abortion rights advocacy research group, show.

There were 862,300 abortions in 2017, according to the group’s latest available data. Medication abortion accounted for 39% of them that year. 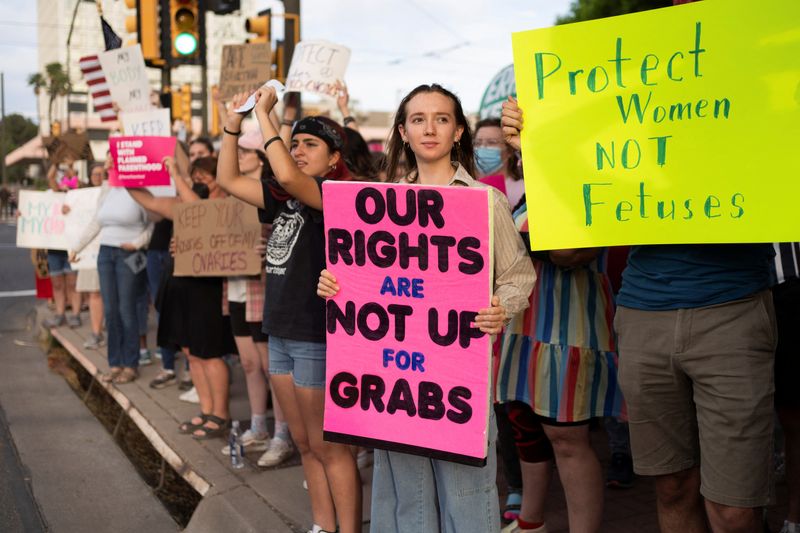