KYIV -Ukraine said 50 civilians were evacuated from a bombed-out steelworks in the city of Mariupol on Friday, accusing Russia of violating a truce intended to allow dozens more still trapped beneath the plant to depart after weeks under siege.

Mariupol has endured the most destructive bombardment of the 10-week-old war, and the sprawling Soviet-era Azovstal plant is the last part of the city – a strategic southern port on the Azov Sea – still in the hands of Ukrainian fighters.

President Volodymyr Zelenskiy said in a late-night video address that Ukraine was working on a diplomatic effort to save defenders barricaded inside the steelworks. “Influential intermediaries are involved, influential states,” he said, but provided no further details.

U.N.-brokered evacuations began last weekend of some of the hundreds of civilians who had taken shelter in a network of tunnels and bunkers beneath the plant. But they were halted during the week by renewed fighting.

On Friday afternoon, 50 women, children and elderly people were evacuated from the plant, Ukrainian Deputy Prime Minister Iryna Vereshchuk said, adding that the operation would continue on Saturday. The Russian side constantly violated a local ceasefire, she said, making the evacuation very slow.

Russia confirmed the number of evacuees and said: “The humanitarian operation at Azovstal will continue on May 7.”

The city’s mayor estimated earlier this week that 200 people were trapped at the plant with little food or water. It is unclear how many remain.

Ukrainian presidential adviser Oleksiy Arestovych said Russia was trying to finish off forces inside the plant to seize it by Monday as a gift for President Vladimir Putin, in time for Moscow’s commemorations of the former Soviet Union’s victory over Nazi Germany in World War Two.

The port, which lies between the Crimea Peninsula seized by Moscow in 2014 and parts of eastern Ukraine taken by Russia-backed separatists the same year, is key to linking up the two Russian-held territories and blocking Ukrainian exports.

Nearly 25 million tonnes of grain, needed to prevent prices spiralling and causing hunger around the world, were stuck in Ukraine, said Josef Schmidhuber, Deputy Director of the U.N. Food and Agriculture Organization’s Markets and Trade Division in Geneva.

He described the situation as “almost grotesque.”

Ukraine’s general staff said Russian forces were continuing to try to take over the rest of eastern Ukraine, where Russia’s defence ministry said it had destroyed an ammunition depot in Kramatorsk and shot down two Ukrainian warplanes.

But Arestovych said in a video briefing that Ukrainian forces had made some advances near Kharkiv and Kherson and had inflicted “significant losses” on the Russians while also suffering losses of their own.

It was not possible to independently verify either side’s statements about battlefield events.

Moscow calls its actions a “special military operation” to disarm Ukraine and rid it of anti-Russian nationalism fomented by the West. Ukraine and the West say Russia launched an unprovoked war. More than 5 million Ukrainians have fled abroad since the start of the invasion.

In Mariupol, Ukraine’s general staff said on Friday morning Russia had resumed its efforts to overrun the Azovstal plant, including with air support.

A member of the self-proclaimed Donetsk People’s Republic forces fighting alongside the Russian army in eastern Ukraine told Reuters he thought Ukrainian forces had little strength left to defend Azovstal.

“It won’t last long,” said the fighter who gave his name as Alexei, speaking on Thursday near the plant.

Putin declared victory in Mariupol on April 21, ordered the plant sealed off and called for Ukrainian forces inside to disarm.

Asked about plans for Russia to mark the World War Two anniversary day in parts of Ukraine it holds, Kremlin spokesperson Dmitry Peskov said: “The time will come to mark Victory Day in Mariupol.”

Ukraine and its western allies say that after failing to seize the capital, Russian forces have made slow progress in their revised aim of capturing the country’s east and south, but may also plan to involve Ukraine’s western neighbour, Moldova.

U.S. President Joe Biden and other Western leaders plan to hold a video call with Zelenskiy on Sunday, the White House said, in a show of unity.

Biden announced a package of security assistance to Ukraine that will provide additional artillery munitions, radars and other equipment. A U.S. official separately said it was worth $150 million.

The Italian government, meanwhile, ordered the seizure of a yacht worth some $700 million that has been linked in the media to Putin. The sleek, six-deck Scheherazade has been undergoing repairs in the Italian port of Marina di Carrara since September.

The U.N. Security Council – including Russia – expressed “deep concern” over the situation in Ukraine, its first statement since the Feb. 24 invasion.

The most severe sanctions ever imposed on a major power have impaired Russia’s $1.8 trillion economy, and the European Union has proposed more. But that new package, which includes an oil embargo, has run into some opposition, with Hungarian Prime Minister Viktor Orban likening that to an “atomic bomb” dropped on the economy. 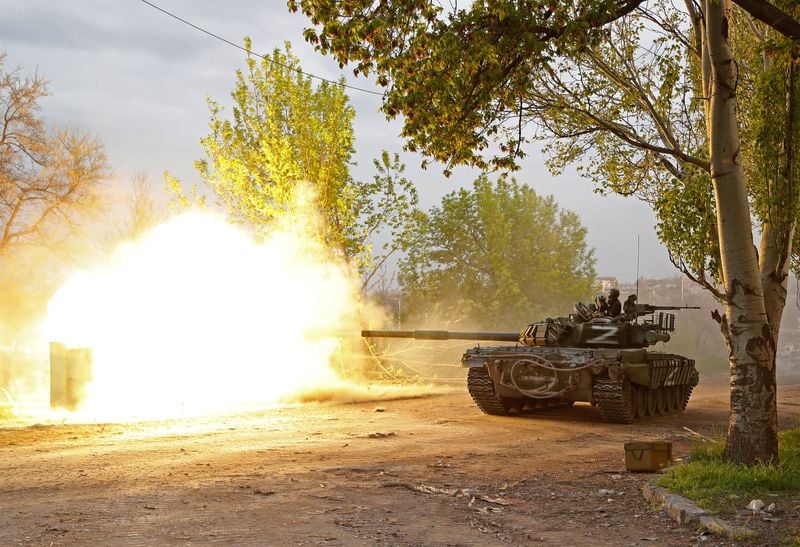 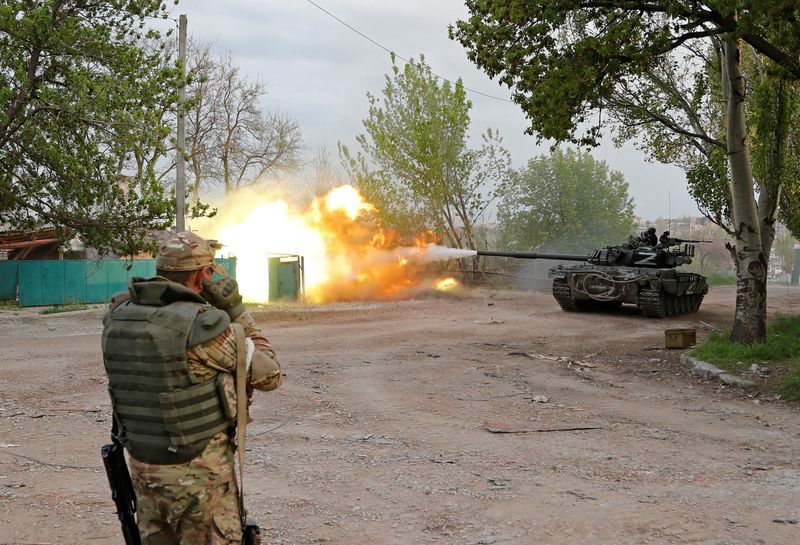 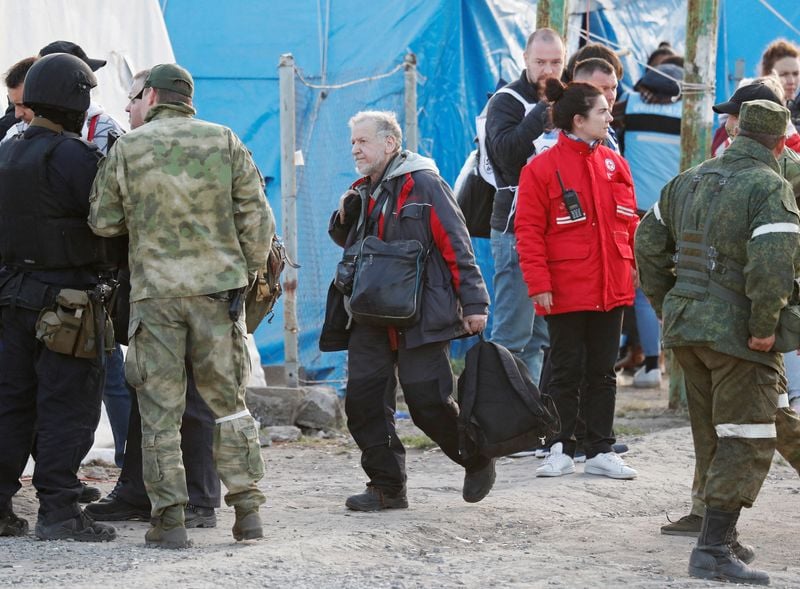 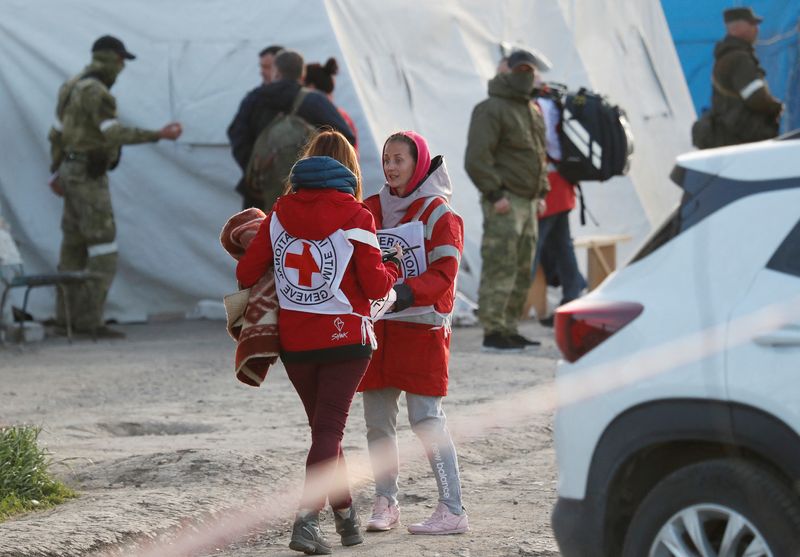 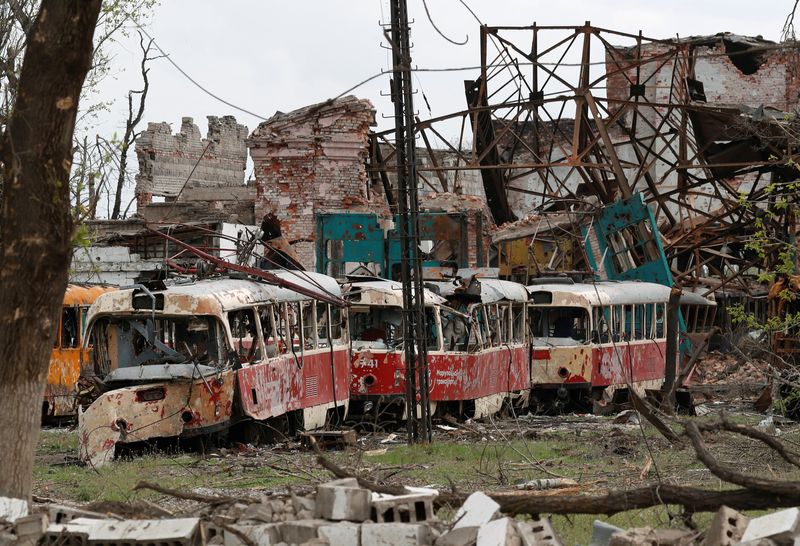 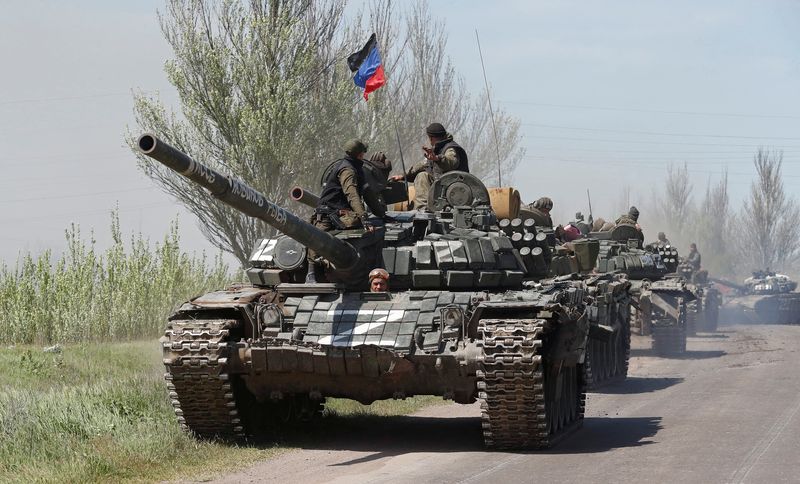