WASHINGTON – Group of Seven (G7) leaders including U.S. President Joe Biden will hold a video call on Sunday with Ukrainian President Volodymyr Zelenskiy in a show of unity the day before Russia marks its Victory Day holiday, the White House said.

Talks will focus on the latest developments in Russia’s invasion of Ukraine, efforts to bolster the country and ways to demonstrate “continued G7 unity in our collective response, including by imposing severe costs for Putin’s war,” a spokesperson for the White House’s National Security Council said on Monday.

The leaders of the G7 countries, which include the United States, Britain, France, Germany, Japan, Canada and Italy, will hold their virtual meeting with Zelenskiy on Sunday in the U.S. morning, the spokesperson added.

Speaking to reporters aboard Air Force One as Biden flew to Ohio for the day, Psaki said the timing of the session was significant because it will take place a day before Putin participates in Victory Day. The holiday on Monday marks the end of World War Two and includes military parades across Russia.

“While he expected to be marching through the streets of Kyiv, that certainly is not going to happen,” she said.

The United States and its allies have previously united on a host of sweeping sanctions targeting Russian banks, officials and other entities aimed at punishing Moscow for its actions, including alleged war crimes. Russia characterizes its invasion as a special operation to demilitarizes and “denazify” Ukraine.

On Wednesday, Biden said he planned to discuss potential additional measures against Moscow for its continuing and intensifying war in neighboring Ukraine, adding that the United States was always open to more sanctions.

“I’ll be speaking with the members of the G7 this week about what we’re going to do or not do,” he told reporters this week, after the European Union proposed its toughest sanctions yet against Russia, including a phased oil embargo.

German Chancellor Olaf Scholz, who will participate in the call, is also scheduled to give a televised address to the German people on Sunday.

Victory Day takes on special meaning this year given that Ukraine and Russia — both victims of Nazi Germany — are now at war, a German government spokesperson said. 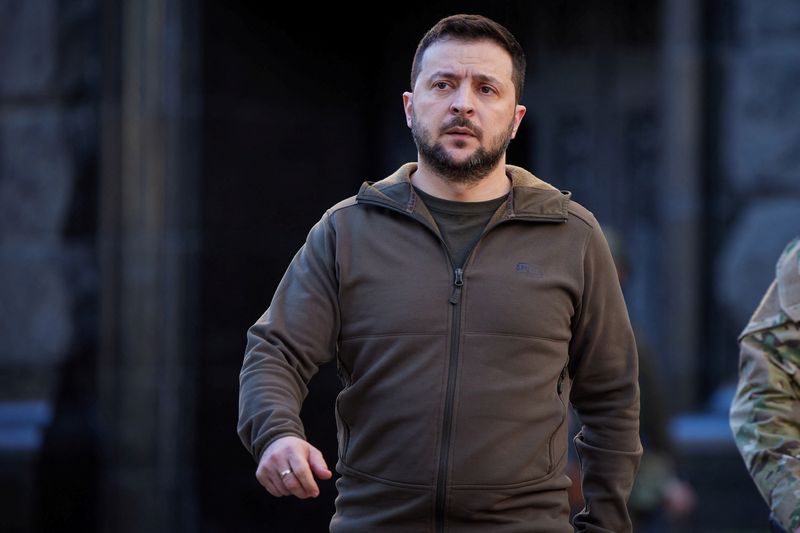