The jury also said Illumina infringed the patents willfully, and that three patents it had accused BGI’s Complete Genomics unit of infringing were invalid.

BGI and Illumina are both major providers of genome-analysis technology used to detect genetic diseases. The companies have been embroiled in a global legal battle over their respective sequencing technologies, with court cases in countries including Germany, Denmark, Switzerland, and Turkey.

Illumina’s stock was down more than 14% Friday following the verdict.

Illumina previously won $8 million from BGI in a jury verdict in San Francisco and a ban on U.S. sales of some BGI products.

An Illumina spokesperson said the company plans to appeal and that the verdict should not affect its ability to supply its customers.

An attorney for Complete Genomics said the company was pleased with the award, which the judge could multiply based the jury’s finding of willful infringement.

Illumina also said Friday in a filing with the U.S. Securities & Exchange Commission that it may have to pay interest and an ongoing royalty until the patents expire in 2029 if it loses on appeal.

(The story corrects statement in paragraph 1 that Complete Genomics is a subsidiary of BGI Genomics to reflect that it is part of BGI Group.) 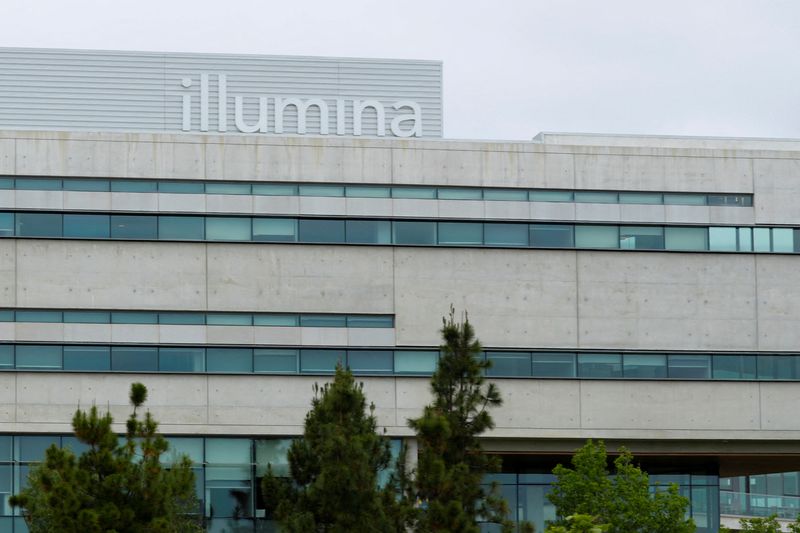