BEIJING – Japanese firms are struggling to reopen their factories in Shanghai, a new survey shows, indicating strains in the municipal government’s push to help key businesses resume production amid an ongoing strict lockdown in the city.

The Shanghai Japanese Commerce & Industry Club said on Thursday of 54 firms that responded to a survey it conducted between Apr.27-30, 63 percent responded that their factories had yet to resume operations.

Out of the 37 percent that have resumed operations, over three-quarters said production was at or below 30 percent of normal levels.

The club has over 2300 members, according to its wesbite.

One of these difficulties firms faced was the government’s requirement that they implement “closed loop management” to reopen, a process akin to a bubble-like arrangment, where workers sleep, live and work in isolation to prevent virus transmission.

This was especially difficult for plants without dormitories on site and many employees still faced movement restrictions, the club said.

“A condition for an operation permit is that it requires a sealed-off life at the factory but then there are problems with bathing, sleeping, eating, it is impossible to live,” the survey said.

“The zero-COVID policy has a negative impact on personnel interactions, logistics, the ability to work,” it said.

Shanghai implemented a city-wide lockdown on April 1 at the behest of the central government, which has stuck with a zero-tolerance policy to eliminate COVID-19 even as it battles China’s worst outbreak since the virus first emerged in Wuhan in late 2019.

While authorities in the economic hub have said that they are eager to help businesses reopen and have drawn up a priority list of close to 2,000 companies, business chambers and companies say the onerous requirements have made it difficult to restart work.

The European Chamber of Commerce in China published the results of a member survey on Thursday revealing that almost a quarter of respondents were considering moving current or planned investments out of China, more than double the number at the start of the year.

(Corrects typo for “had” in second paragraph) 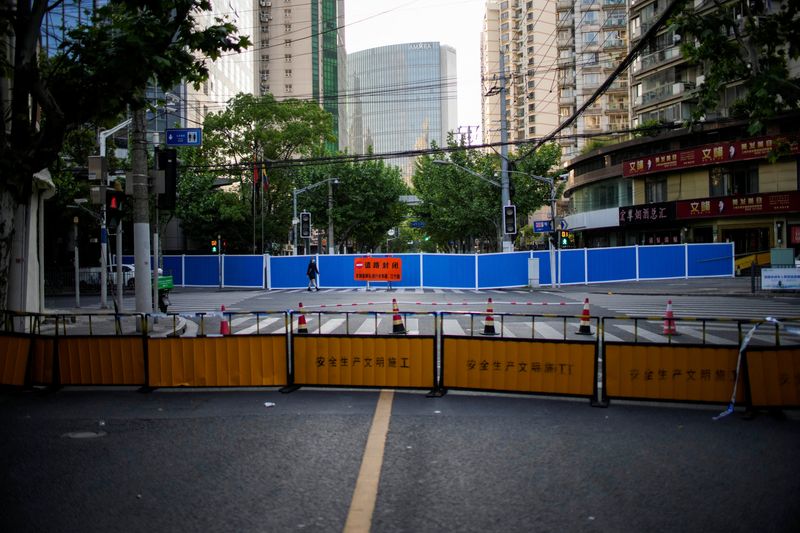