WASHINGTON – United States first lady Jill Biden plans to leave Washington on Thursday for a whirlwind tour of Romania and Slovakia to highlight the U.S. commitment to Ukrainian refugees over Mother’s Day weekend.

The wife of President Joe Biden was due to meet U.S. service members and embassy personnel, displaced Ukrainian parents and children, humanitarian aid workers and teachers during the four-day trip, her office said.

Biden, who teaches English and writing at a community college in Virginia, will also meet Romania’s first lady, Carmen Iohannis, an English teacher, as well as the president of Slovakia Zuzana Caputova.

On Sunday, celebrated as Mother’s Day in the United States, Biden will meet Ukrainian mothers and children who have been forced to flee their homes because of Russia’s war against Ukraine, her office said.

More than 840,000 Ukrainians have fled to Romania, and around 80,000 remain. State television will air weekly language lessons for children from Friday, although only 2,000 Ukrainian children are enrolled in Romanian schools.

Just over 380,000 Ukrainians have entered Slovakia since the beginning of the war, but most journeyed further to other European countries. The country has been a strong supporter of Ukraine, shipping aid and weapons including its sole battery of the Soviet-era S-300 air defense system.

(Reporting by Alexandra Alper; Additional reporting by Luiza Ilie in Bucharest and Jan Lopatka in Prague. Editing by Heather Timmons and Howard Goller) 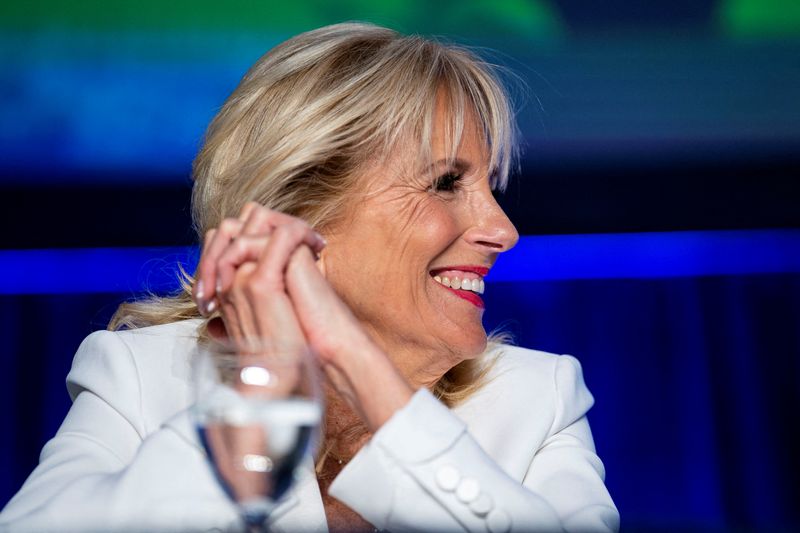