LONDON – Like most moms, mine had many wonderful qualities. Among the feats that made her a standout: She never threw out my baseball cards.

I began collecting them around the age of 12 in the mid-1960s, picking up packs after school for a nickel each at a local drug store in West Orange, New Jersey, where I grew up. I can still smell the thin pink wafers of bubble gum that came inside each pack and contributed to countless cavities.

My cards were in better condition than those of most other kids in my neighborhood. That’s because they would flip their cards in a game they played on a patio behind the house of one of my friends.

With a flip of the wrist, a kid would drop a card that would land either showing the ballplayer’s image on the front or the back side with his statistics. If the next kid’s card landed the same way, that kid won the opponent’s card. If the cards didn’t match, the first player won.

I was never a big fan of flipping – or, for that matter, sticking cards between the spokes of a bicycle wheel to generate a loud clicking sound. Both practices damaged them.

Unlike many of my friends, I also didn’t just collect players on my favorite team – in my case, the Los Angeles Dodgers – and trade away the others. I collected all-stars, which meant being willing to keep players on teams I hated, like the New York Yankees.

As a result, I ended up with the cards of many players who went on to make the Hall of Fame in Cooperstown, New York – including Mickey Mantle, Yogi Berra, Willie Mays, Willie McCovey, Hank Aaron, Roberto Clemente, Frank Robinson, Carl Yastrzemski and Stan Musial.

When I went off to college, my collection of more than 1,000 cards stayed behind in shoeboxes in my closet. I don’t recall telling my mom to keep them. But she did, with one exception. At some point, she got rid of the bulletin board over my desk.

Squeezed into the bottom right corner was the 1955 rookie year card of my hero, Dodgers pitcher Sandy Koufax. I had ordered it directly from the company that made the cards – Topps Chewing Gum Inc in Brooklyn – for around 15 cents, sending off a dime and a nickel taped to a file card.

The Koufax card would probably be worth several thousand dollars today.

In the ensuing years, I rarely looked at my collection. But I hauled around the shoeboxes for decades, along with stamp albums and old coins I collected as a kid.

When I moved to London in 1998, I began renting a series of safe deposit boxes in the United States to store it all. The rental fees eventually surpassed $1,000.

Then, after more than 50 years, I was forced to decide what to do with my baseball cards.

My mom passed away in 2015. Two years ago, my sister sold her house in northern New Jersey and closed her bank account – along with a safe deposit box that I was using to store my cards, since I didn’t have my own U.S. account. That meant I had to find a new stash for my collection.

How much were my cards worth? My attempts to find out had always ended in futility. At one point in the 1980s, I took them to a baseball card show and were told they might fetch around $700. But then, just as Wall Street does from time to time, the market for baseball cards crashed.

About a year ago, I started seeing news stories that the market for sports memorabilia was hot again. I consulted a longtime friend who once collected cards. He suggested selling my collection through Lelands, an online auction house in Matawan, New Jersey.

So last November, my sister and I drove to a strip mall to meet Keith Breitweiser, an acquisition specialist at the company.

To prepare, I had gone through all the cards for the first time since I was a teenager. Using an online price guide, I picked out those I thought were the most valuable, a task that took one long evening. There were nearly 450.

Keith met us in a small conference room. I set a thick black binder containing my cards on the table. He quickly said that these kinds of cards were the auction house’s “bread and butter.” He’d be interested in offering them in the next sale – the “Winter Classic 2022.”

I asked what he thought they would fetch.

He estimated they might go for between $3,000 and $5,000. Another specialist with more experience selling baseball cards said he thought they might bring in more than $5,000. But both men said it was hard to predict because they thought the market had already peaked.

Keith also explained that Lelands would charge a 15% commission, plus fees for getting around a dozen of my cards professionally graded – about $30 a card.

Grading companies authenticate cards and rate them on a scale of one to 10, taking into account such factors as the condition of edges and corners, and how well centered the images are. A high grade can mean a lot more money.

Intrigued, I told Keith to go for it, and left my cards at Lelands.

The online auction began February 13 and lasted a month. My cards were offered in four separate lots: 10 Mickey Mantle cards from 1958 to 1968, a Nolan Ryan rookie card, 40 cards with many Hall of Famers and the remaining 379 cards.

They were hardly one of the auction’s highlights. Among its 1,200 lots, “Winter Classic 2022” featured a 2000 “Championship Rookie Ticket” autographed by a young football quarterback named Tom Brady, a 1933 baseball card signed by Babe Ruth and a 1936 card autographed by Joe DiMaggio.

My cards quickly drew bids, though. I could follow online.

After two weeks, the total of the four lots had reached $3,486. “It will heat up in the end,” my friend texted me. “The smart money comes in late.”

And my friend was right.

When the auction ended late in the evening of March 12 – while I was asleep in London – the total was $7,719. The buyers, all anonymous, paid a 20% commission on top of their winning bids. That meant my cards actually sold for $9,263, far surpassing my expectations.

As another friend – a longtime foreign correspondent whose mom had tossed out his baseball cards years ago – said via text: “Home run!” 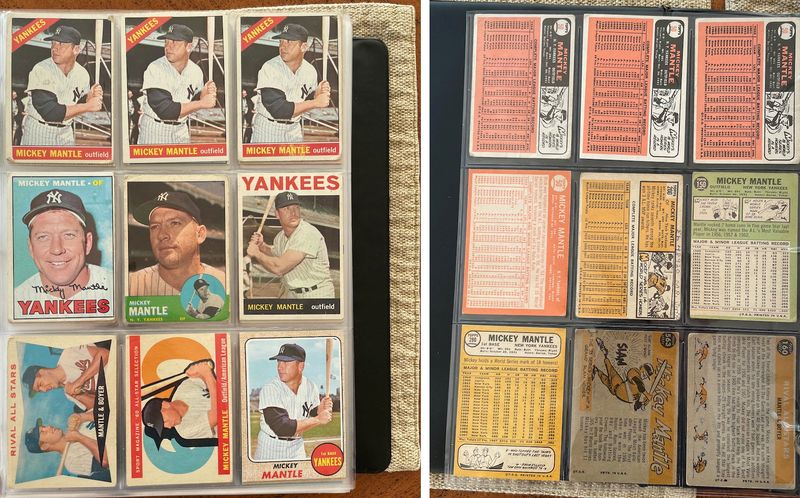 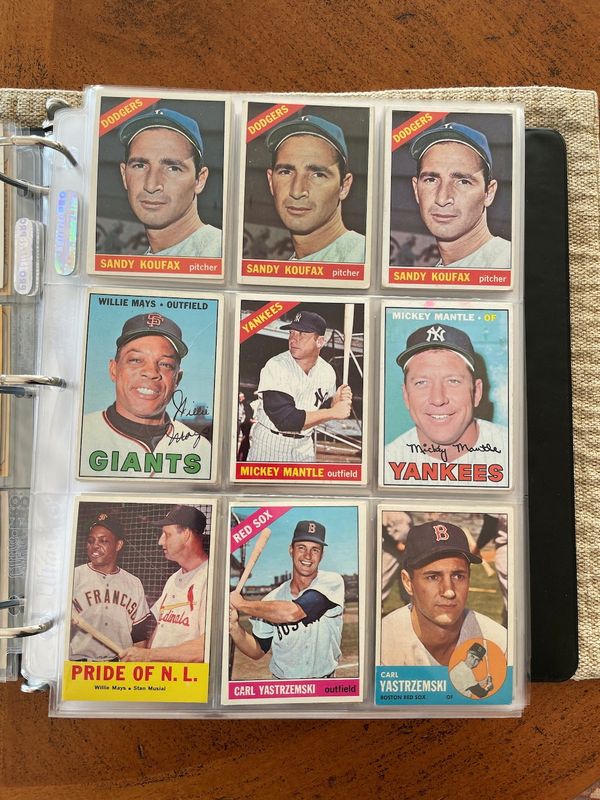 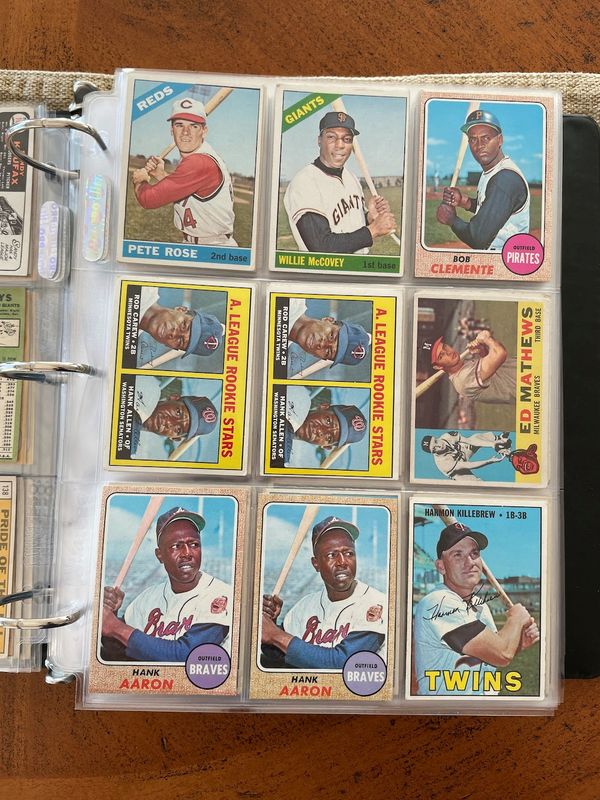 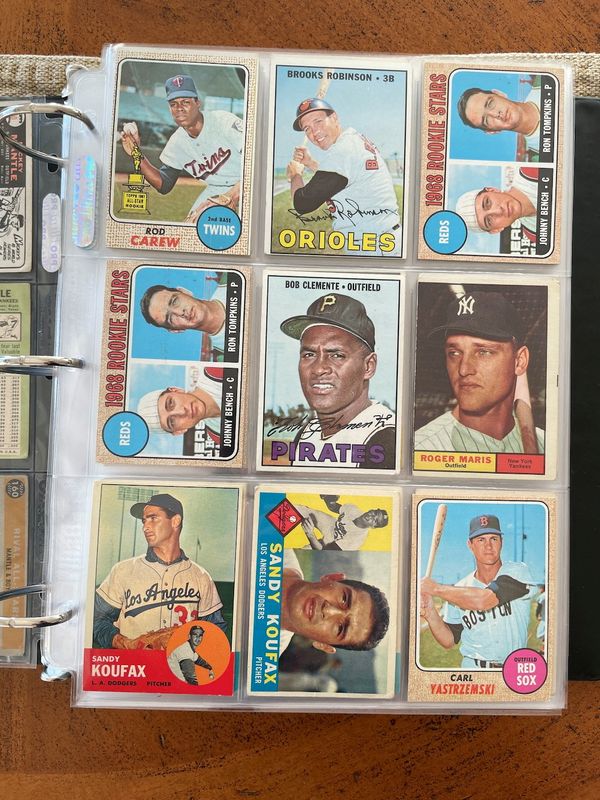 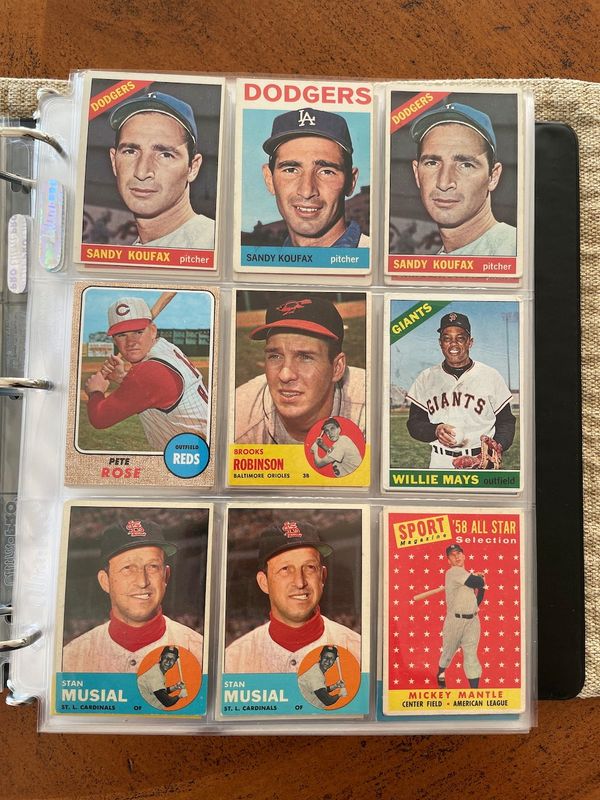