WASHINGTON (Reuters) – Two House lawmakers have asked a Miami investment firm for more details on its planned purchase of former President Donald Trump’s Washington hotel rights, saying its failure to disclose all of its investors raises concerns about possible conflicts of interest.

CGI Merchant Group had agreed to buy the rights of the hotel from the Trump Organization for $375 million in a deal reports have said was to be finalized in late April and could net Trump $100 million.

Trump bought the rights to the property – located in the historic Old Post Office Building four blocks from the White House – from the federal government in 2013, before he ran for president and won the 2016 election.

House Oversight and Reform Chair Carolyn Maloney and House Subcommittee on Government Operations Chair Gerald Connolly, in a letter to CGI Chief Executive Raoul Thomas, said the firm did not give the U.S. General Services Administration all of the investors’ identities.

“Far from resolving the Committee’s grave concerns regarding this lease, the high sale price and lack of transparency surrounding the ultimate purchasers have heightened concerns that former President Trump will receive a final, significant windfall from a lease that he should have never retained while in office,” the two Democrats wrote.

Trump never formally divested himself from his business during his term in the White House, although he said he handed over day-to-day operations to two of his sons.

The hotel served as a gathering point for his supporters and some foreign government officials during his presidency, raising concerns over violated ethics laws and prompting legal fights.

On Tuesday, Trump’s company settled one lawsuit brought by Washington, D.C.’s attorney general, alleging his inauguration committee had funneled excessive amounts of charitable funds to the hotel. The company denied any wrongdoing.

That settlement has only increased the lawmakers’ concerns, they said, setting a May 20 deadline for CGI to respond. 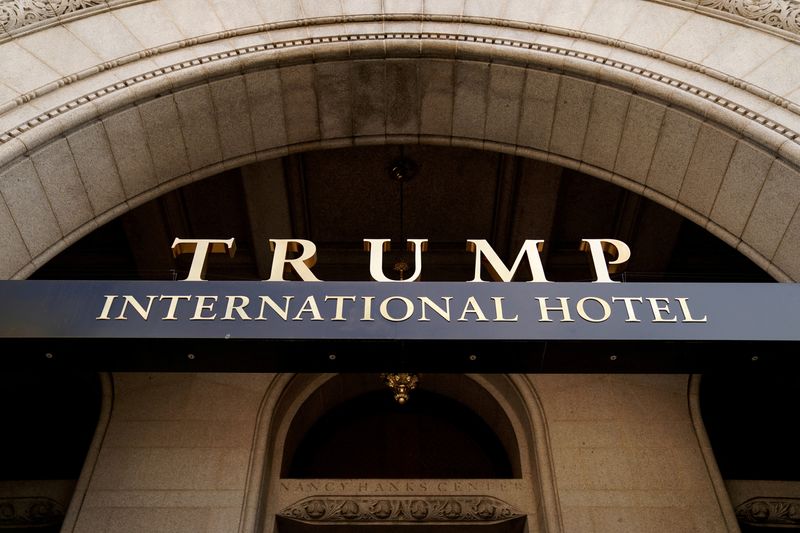