(Reuters) – Russian President Vladimir Putin on Monday ordered the creation of a working group on international payments whose tasks will include figuring out terms for transactions with “unfriendly” states.

Putin said in March that Russia, the world’s largest natural gas producer, would require countries it deems hostile to pay for fuel in roubles by opening accounts at Gazprombank and making payments in euros or dollars, to be converted into Russian currency.

Poland and Bulgaria refused to comply, and Russian energy giant Gazprom cut them off last month. The Kremlin has said the same will happen to anyone else who rejects the new payment terms.

The working group will come up with “an infrastructure for international payments, including in Russian roubles, with trading partners from foreign states and territories that carry out unfriendly actions against Russia,” the order said.

It will also look into payment terms in roubles and other national currencies with friendly countries – which would include China and India, although they were not named.

The group — which will be led by presidential adviser Maxim Oreshkin and include top officials such as Central Bank Governor Elvira Nabiullina — is also tasked with finding measures to reduce the risks associated with the freezing of nearly half of Russia’s $640 billion of foreign reserves.

Western countries have imposed sweeping sanctions against Russia for sending its troops into Ukraine on Feb. 24. Moscow says it is carrying out a “special military operation” aimed at disarming Ukraine and ridding it of what it says are dangerous nationalists.

Russia is imposing counter-sanctions and has approved a list of “unfriendly” countries including the United States, Canada, Britain and European Union member states. 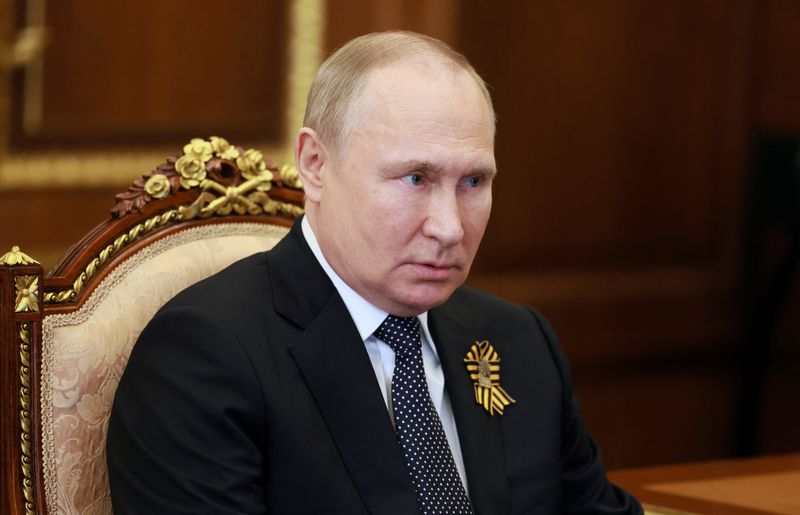