(Reuters) – Shares of Rivian Automotive Inc opened at a record low on Monday, down 14%, after a report that early investor Ford would be selling a part of its stake in the electric-car maker.

Ford is selling 8 million of its Rivian shares as the stock’s lockup period expired on Sunday, CNBC reported over the weekend, citing sources. Ford was Rivian’s fourth largest shareholder with a 11.4% stake, according to Refinitiv data.

Rivian is struggling in a competitive market, including competition from Ford’s F-150 Lightning electric pickup truck, while a supply chain crisis is limiting production at its plants.

The electric-car maker earlier cut its planned 2022 production in half to 25,000 vehicles due to supply chain issues.

The Irvine, California-based company has lost roughly three-quarters of its value this year, while delivering only 1,227 cars in the first quarter.

Amazon.com Inc, Rivian’s second-biggest shareholder with a 17.7% stake, recorded a 59% fall in operating income in its first quarter largely hurt by its investments in the carmaker. Amazon is also one of Rivian’s key customers and is expecting to receive 100,000 delivery vans by 2024.

JPMorgan Chase also plans to sell a Rivian share block of between 13 million and 15 million from an unknown seller, CNBC reported, priced at $26.90 a share, similar to Ford’s.

The companies were not immediately available for a comment.

Lordstown Motors Corp’s shares fell 13% after the company said it needed more funds to put its Endurance pickup truck on the road. 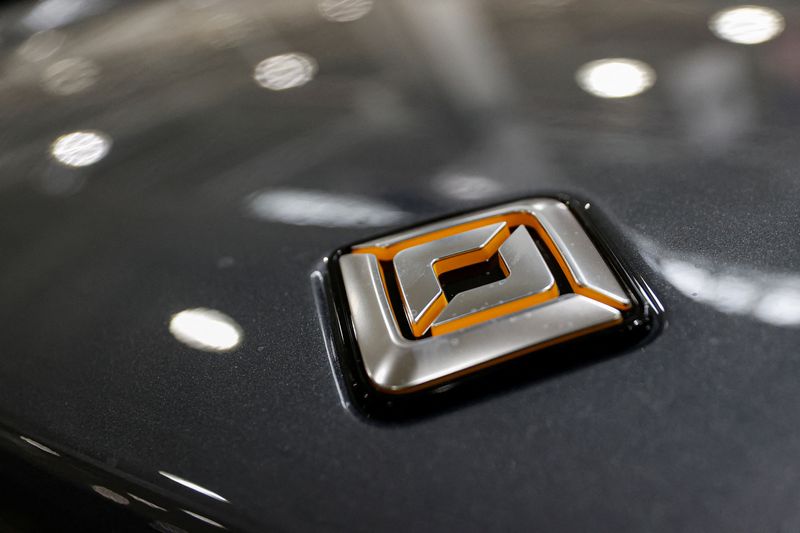