SEOUL (Reuters) – South Korea’s central bank got ahead of the tightening curve last year but now faces pressure to move faster and farther as the weakening won fuels inflation and the U.S. Federal Reserve takes a big-step approach to raising rates.

The Bank of Korea, the first major Asian central bank to shift away from crisis-era settings last August, must address a narrowing policy-rate gap with the United States. If domestic rates trend lower than U.S. rates, capital outflows could pile more pressure on the currency.

Investment banks and economists are starting to change their assessment on how fast the BOK will raise rates, with some predicting the key rate will rise as high as 2.50% by the end of the year, from 1.50% currently.

Governor Rhee Chang-yong, perceived to be less hawkish than his predecessor, will be chairing his first policy meeting this month when factors such as the Russia-Ukraine war make it harder to predict when inflation will eventually cool.

The won has fallen nearly 7% so far this year to around 1,273 per dollar after last year’s near 9% loss. It looks set to breach the psychologically-important 1,300 won barrier for the first time since the 2008/09 global financial crisis.

The won has weakened on foreign sales of domestic shares and a worsening trade balance, among other factors, which bodes ill for inflation. South Korea is heavily dependant on imports of energy, food and industrial components.

Import prices in won terms have risen by an annual 30% or more for each of the latest six months, according to official data, helping drive up consumer inflation to over a decade high in April from below 2.5% six months before.

Along with inflation, policymakers at the central bank must also be concerned about the risk of capital flight.

South Korea’s policy rate premium over the mid-point of the U.S. fed funds rate has narrowed to 62.5 basis points now from 112.5 points in late January.

The mid-point of the U.S. target range is seen reaching 2.125% by year-end, according to a Reuters survey, while the BOK’s base rate is tipped to reach 2.00%.

“Policymakers are closely watching the situation from the financial stability aspect, from the capital flows aspect,” said Chung Sung-tai, senior economist at Samsung Securities, pointing out the won was falling despite repeated talk of intervention.

Both the BOK and the Fed will meet five times each for the rest of this year, but the latter is widely expected to raise its policy rate by bigger margins than the former.

The won’s slide had often raised concerns among investors over the health of Asia’s fourth-largest economy, which barely avoided bankruptcy in the late 1990s and suffered an exodus of capital in 2008-2009.

Minutes of the BOK’s April 14 meeting showed a small majority of board members calling for vigilance over the won’s decline and the risk of foreign capital outflows.

South Korea’s two main stock markets saw foreign net selling in all but two of the past 11 quarters, with net selling during the 11 quarters amounting to 63.05 trillion won ($49.5 billion). Foreign investors are selling this quarter to date as well.

“Can the rate gap alone stoke a capital outflow? Yes, and that’s why we need to be very careful about the (negative) rate gap taking place,” said Kim, who was governor from 2010-2014. 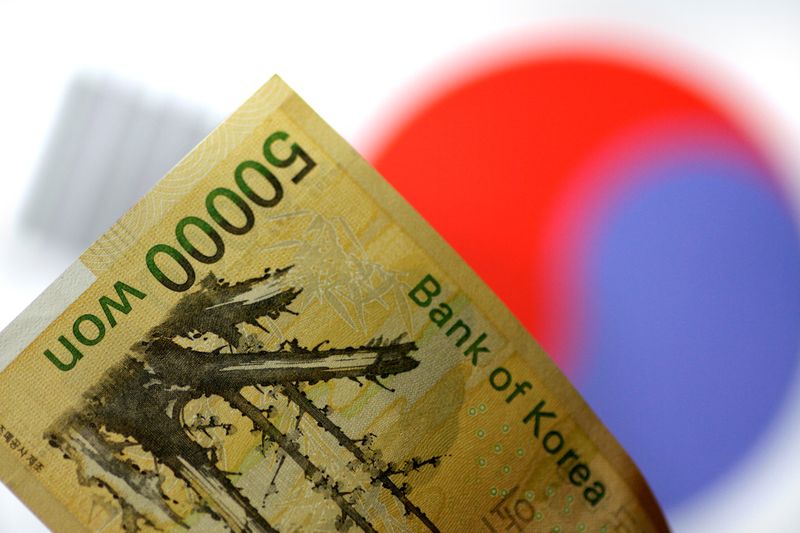 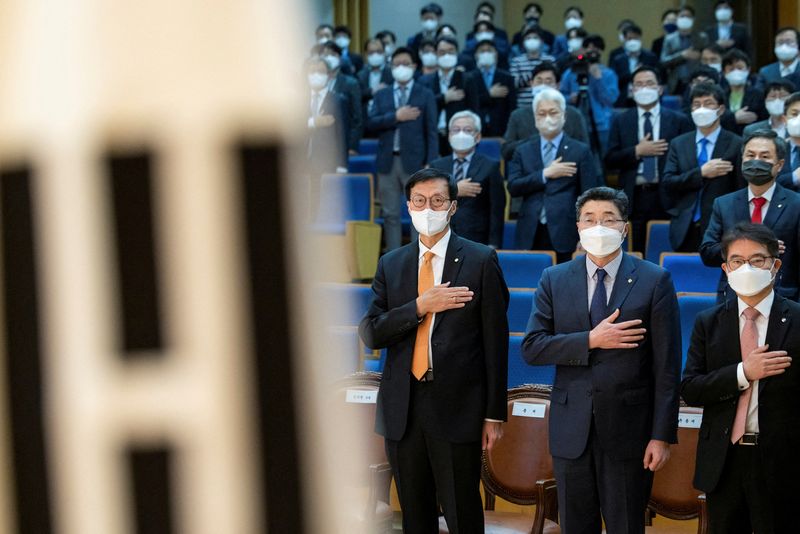