GENEVA (Reuters) -The World Health Organization’s European chief said on Tuesday that at least 3,000 people had died in Ukraine since Russia’s invasion in February because they had been unable to access treatments for chronic diseases.

So far, the U.N. health agency has documented some 200 attacks in Ukraine on healthcare facilities, and few hospitals are currently functioning, Hans Kluge told a regional meeting of WHO’s 53 member states as well as senior agency colleagues.

“Forty percent of households have at least one member in need of chronic treatment that they can no longer find, resulting in an estimated at least 3,000 premature avoidable deaths,” he said in a speech, mentioning diseases such as HIV/AIDS and cancer.

Matilda Bogner, head of the U.N. rights monitoring mission for Ukraine, said on Tuesday she had seen mortality rates rise because of lack of access to care.

“The right to health has been severely affected across the country,” she said. In one cramped school basement in Yahidne, 10 older people had died because it was unsafe to leave the shelter, she told a separate briefing.

WHO officials said last week they were gathering evidence for a possible war crimes investigation into attacks it says it has documented by Russia. Moscow has denied previous accusations by Ukraine and Western nations of possible war crimes and has also denied targeting civilians in the war.

At the WHO meeting, held in Copenhagen and attended by many virtually, members passed a resolution that could result in the closure of Russia’s regional office and the suspension of meetings in the country.

Russian envoy Andrey Plutnitsky opposed the resolution and said he was “extremely disappointed”.

Some have criticised the WHO measures, saying they do not go far enough. “Shutting the Russian European hub seems meek and mild. (Russian President Vladimir) Putin won’t care,” said Lawrence Gostin, a professor at Georgetown Law in Washington, D.C., who closely follows the WHO.

Diplomats told Reuters they had dropped efforts to suspend Russia from the WHO executive board due to legal technicalities, although members could later this month seek to freeze Russia’s voting rights.

Moscow calls its actions in Ukraine since Feb. 24 a “special military operation” to disarm the country and rid it of what the Kremlin calls anti-Russian nationalism fomented by the West. Ukraine and the West say Russia launched an unprovoked war of aggression. 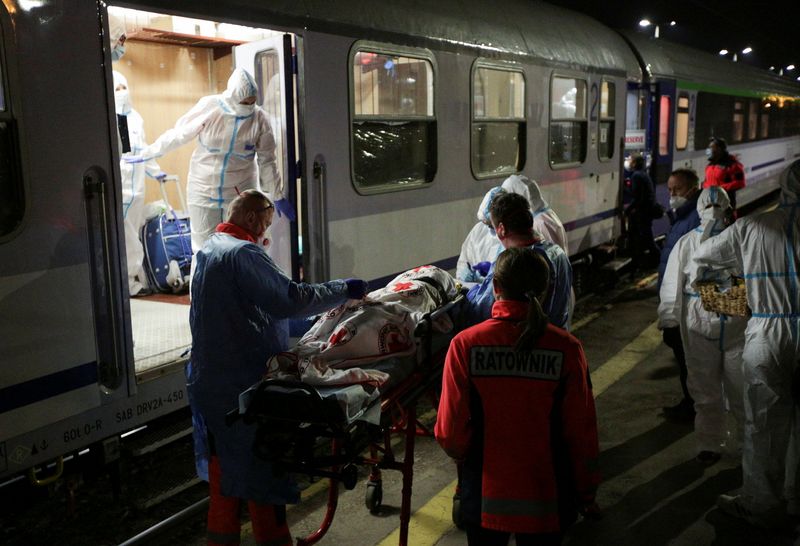 Peloton must face lawsuit over availability of fitness classes–U.S. judge