FRANKFURT (Reuters) – Farmers in Ukraine have made better-than-expected progress preparing their fields so far despite Russia’s attack on the country, the world’s largest supplier of seeds and crop chemicals, Bayer, said on Tuesday.

“Not only us but all companies that operate in the (agricultural) inputs area have gone out of their way in order to make sure that they can supply (in Ukraine),” Bayer Chief Executive Werner Baumann told analysts in a call after the release of first-quarter results.

“Quite a bit of planting has actually happened, which I think, given the circumstances, is good news,” the CEO added.

The head of Bayer’s crop science unit, Rodrigo Santos, specified that Farmers in Ukraine have planted 75% of their crops so far this season.

Bayer’s major rivals in seeds and pesticides include Corteva, Syngenta and BASF.

Prices of agricultural commodities like corn and soy have surged globally amid concern that the fallout from Russia’s attack on Ukraine will disrupt farming there as both countries are major grains exporters. 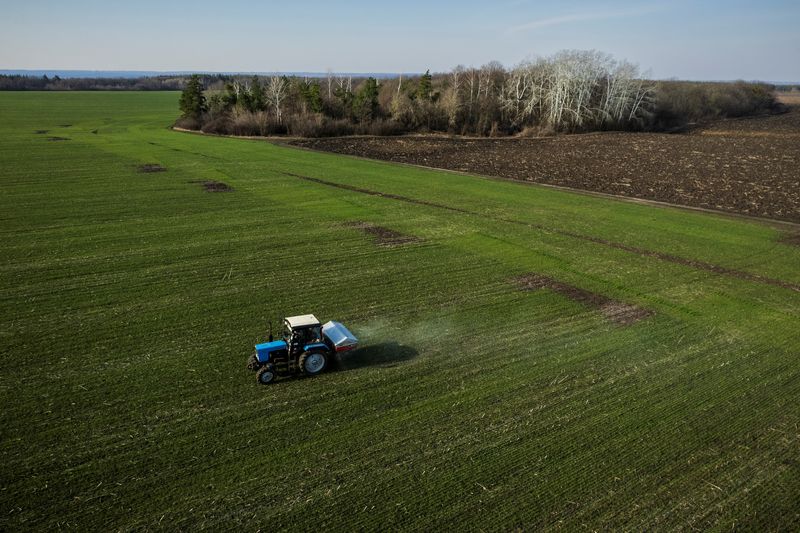