LONDON (Reuters) -Britain said on Tuesday it will require its regulators to help the City of London remain a globally competitive financial centre after being largely cut off from the European Union due to Brexit.

The government outlined planned legislation marking the biggest changes to UK capital markets in years to exploit what it sees as “Brexit freedoms” to set financial rules which had hitherto been written in Brussels for decades.

Restrictions on 3,200 investment firms will be eased to attract more stock and bond trading in London and the sector will be encouraged to use new technologies, cryptocurencies, and to outsource to technology providers safely.

A core aim is to make regulation nimbler, including insurance capital rules, by moving chunks of detailed rulemaking from lawmakers to the regulators, who would be under close scrutiny of parliament.

Financial services minister John Glen has already said that the new growth and international competitiveness objective for the Bank of England and Financial Conduct Authority would be secondary to their top aim of keeping markets, consumers and companies safe and sound.

Banks have called for a stronger focus on competitiveness, but the government faced pushback from the Bank of England, which warned against a return to the “light touch” era that ended with lenders being bailed out in the financial crisis.

Banking, insurance and investment trade associations, along with the City of London, said the law should include specific metrics and criteria for regulators to demonstrate they are meeting their new competitiveness objective.

Regulators should develop a new culture grounded in proportionate, fair and predictable regulation, they said.


“Legislation should include public reporting duties which require dynamic benchmarking against other international regulators,” their joint statement said.

The bill will also safeguard cash as a means of payment after being overtaken by ‘contactless’ cards and other forms of electronic payments.

Around 5.4 million adults rely on cash and lawmakers are concerned with the rate of bank branch and cash machine closures, particularly in rural and less well-off areas.

The government is also cracking down on payments fraud.

“Banks can be required by the regulator to reimburse victims of authorised push payment fraud,” it said, referring to customers being deceived into authorising a payment to a criminal. 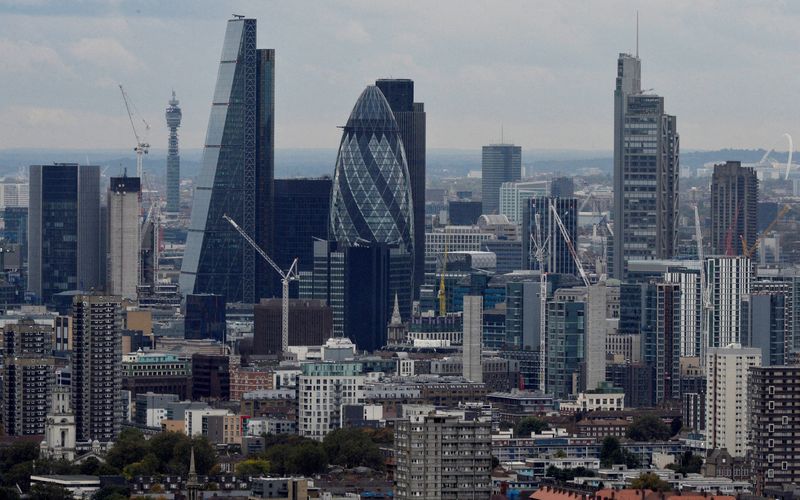