NEW YORK (Reuters) – In the wake of the 50-basis-point interest rate hike by an increasingly hawkish Federal Reserve, markets have gyrated wildly ahead of this week’s U.S. economic data, which will be closely parsed for signs that inflation is peaking.

Price growth has soared to the highest level since the early 1980s due to the collision of a post-pandemic demand boom and a gummed up global supply chain, and has stoked fears that the Fed’s aggressive attempts to rein it in could lead the economy into recession.

The Labor Department’s jobs report on Friday provided the first potential sign of a plateau, with monthly wage growth decelerating to 0.3% from 0.5% and holding steady at 5.5% year-on-year.

On Wednesday, analysts expect the consumer price index (CPI) to show a sharp pullback in monthly growth, cooling to 0.2% in April from 1.2% in March — the biggest monthly jump in more than 16 years — and an annual increase of 8.1%, 0.4 percentage point lower than the prior 8.5%, which was the hottest reading since December 1981.

Energy and food prices were the culprit, exacerbated by fallout from the Russia-Ukraine war.

“Russia’s invasion of Ukraine has magnified the pace of inflationary pressures this year and the Fed can’t do much about that,” said David Carter, managing director at Wealthspire Advisors in New York.

Energy prices posted an 11% monthly jump in March, with gasoline surging by a jaw-dropping 18.3%. Average prices at the pump hit a record high in March, according to motorist group AAA.

Food eaten at home rose 1.5% on a monthly basis, and grocery prices rose by 10% year-on-year, the fastest annual growth in more than four decades.

Stripping out food and energy prices, so-called “core” CPI is expected to have edged up by 0.4% last month, but cooling to 6.0% from 6.5% on an annual basis.

Any sign of deceleration would be welcomed by markets.

“If inflation prints at expectations, it would be the first meaningful decline in the annualized inflation rate since the depths of the COVID recession,” writes Matt Weller, global head of research at StoneX Financial.

Thursday’s producer prices (PPI) data, which reflects the prices U.S. companies receive for their goods and services at the figurative factory door, are predicted to tell a similar tale.

Consensus estimates forecast a sharp deceleration in headline PPI, and a shallower slowdown when stripped of food and energy items.

So far, many companies have been able to pass input costs along to their customers. In fact, the S&P 500 12-month forward profit margin is increasing.

As of May 6, that figure was 13.4%, higher than the early May readings going back at least 12 years, according to Refinitiv Datastream.

“Corporations have been able to pass on higher costs as demand remains strong,” Carter added. “However, if the Fed’s interest rate increases cool demand, companies will be unable to pass along higher costs and margins will shrink.”

How will the markets react to the data?

The S&P 500 slipped 0.3% on April 12, when March’s dire — although largely expected — CPI report was released. Any number at or below consensus on Wednesday would likely be welcomed by investors.

“Under the hood, there continue to be signs that inflation, labor market tightness, and supply chain woes may all have peaked,” said Yung-Yu Ma, chief investment strategist at BMO Wealth Management. “The market is in ‘prove it’ mode, and those early signs are still far from adequate proof to calm the markets.”

(This story refiles to add graphics) 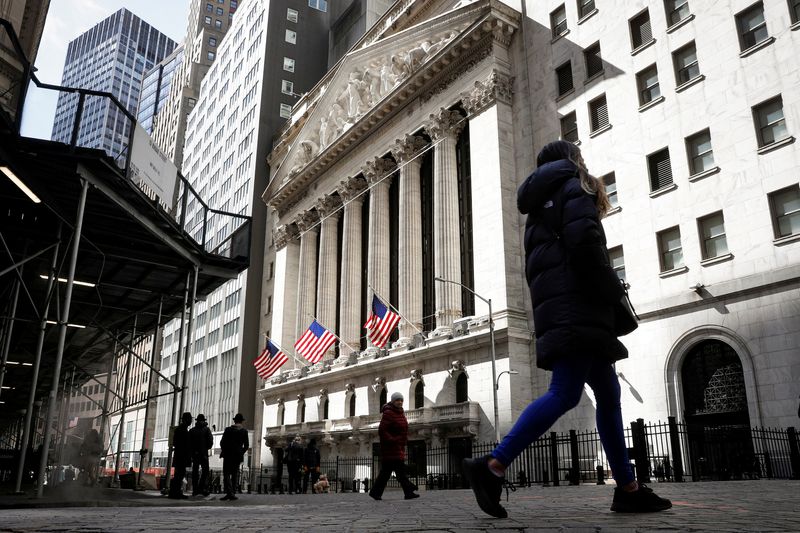