(Reuters) – From hospitals, funeral pyres and remote villages to a Himalayan hillside, car parks and temples, Reuters photographers produced coverage of the coronavirus pandemic in India that captured the spread of the disease and its remorseless toll.

The Reuters team won the 2022 Pulitzer Prize for Feature Photography for pictures balancing “intimacy and devastation while offering viewers a heightened sense of place”, the jury said.

India Chief Photographer Danish Siddiqui, who died in July 2021 while covering the war in Afghanistan, took many of the pictures, including an aerial shot of fires from a mass cremation lighting up a Delhi housing estate.

One picture shows a gasping woman receiving oxygen in a car in a parking lot, because of the lack of space in hospitals. Another shows a 19-year-old in a protective suit kneeling before his mother’s body after it is placed on a pyre.

Demonstrating that no one felt safe from the disease, Siddiqui also took a picture of an ash-covered Hindu holy man putting on a mask before a ritual dip in the Ganges River.

“Danish owned this story from the start,” said Ahmad Masood, Reuters Asia Chief Photographer. “He broke news with his pictures, showing the scale of the devastation both in Delhi and rural areas. This is a testament to his courage and dedication to journalism.”

Just a month before he left for Afghanistan, Siddiqui was on the phone to Sanna Irshad Mattoo, a photojournalist in Kashmir, discussing a different way to illustrate the pandemic. They decided she would visit one of the most remote vaccination camps in the country, on a steep Himalayan hillside.

With no roads suitable for cars, she went up by pony and trekked to the site in Lidderwat, about 3,400 metres (11,150 feet) high, to take the picture of a shepherd receiving his shot.

photograph of a veil-covered brick kiln worker having her temperature checked in her hut during a vaccination drive.

Adnan Abidi, a friend and colleague of Siddiqui who worked with him for over a decade, took a number of the photographs cited by the Pulitzer Prize jury. He travelled outside Delhi to find a village where a man had dragged a cot into the shade from the midsummer sun so his wife could lie in comfort before receiving rehydration fluid.

At a Sikh temple that was providing oxygen to people who could not afford it, he took the picture of a woman desperately pumping the chest of her ailing father.

At the height of the pandemic, many victims were cremated without their family members being allowed to attend. Abidi took one heartbreaking image of volunteers carrying away a bag containing unclaimed ashes from a crematorium.

In addition to covering the spread of the disease across the vast Indian landscape, the Reuters team had to take rigorous safety measures while in the field. They wore protective suits, sunglasses and masks and liberally used sanitisers on themselves and their equipment.

“We had to come back home to our family,” Abidi said.

“This is a tribute to him (Siddiqui) from the whole Reuters team,” said Abidi, who has been on two previous Pulitzer Prize-winning teams, one with Siddiqui. “I really miss him… I wish he was here with us.” 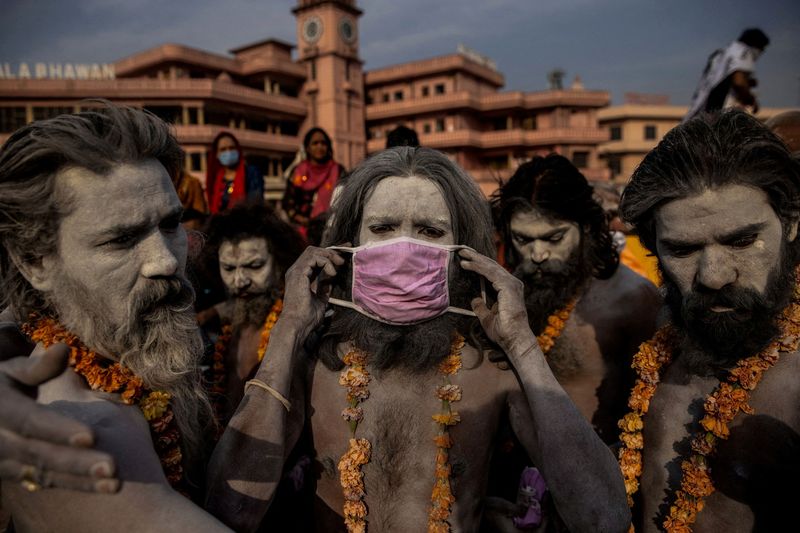