MANILA (Reuters) – Ferdinand Marcos Jr. went to the grave of his father, the disgraced Philippines dictator, the day after winning the presidential election, a visit that underscores the polarisation over the return to rule of the notorious political dynasty.

Images shared by Marcos’s team on Wednesday showed him in dark sunglasses, laying a bouquet of flowers atop his father’s grave in the Manila “heroes” cemetery, where the body was moved in 2016 after the family won a lengthy battle for the right to bury him alongside other presidents.

Past governments had refused to bury him at the cemetery because of his brutal 20-year era of martial law and autocracy, which ended with his overthrow in a 1986 “people power” uprising.

Marcos’s body had been kept in a refrigerated mausoleum in his northern hometown of Paoay, until President Rodrigo Duterte approved the burial with full military honours.

One image appeared to show Marcos Jr. wiping away tears on Tuesday as he stood before the grave, where a photo of his father was displayed, images on his Twitter account showed.

“The young Marcos is grateful to the Filipino people for giving him the landslide victory and to his father who (has) been his inspiration throughout his life and taught him the value and meaning of true leadership,” a statement with the images said.

The 64-year-old president-elect, better known as “Bongbong”, swept Monday’s election with more than double the votes of his nearest rival, winning an outright majority in a Philippine presidential contest for the first time in recent years.

He vowed on Tuesday to work for all people after his stunning election victory, and told the world to judge him by his presidency, not his family’s past.


Under the Marcos dictatorship, his family and cronies amassed an estimated $10 billion in ill-gotten wealth, a government-appointed commission found. Tens of thousands of suspected communist rebels and political foes were jailed, beaten or killed.

Marcos has always praised his father, recently describing him as a statesman and “political genius”. He has described his rule as a “golden age” for the Philippines.

Central to the victory of Marcos, his critics and political opponents say, was an orchestrated offensive on social media, aided by a network of influencers and bloggers, to dispel historical narratives of the Marcos rule, and present new versions of events.

The family has long denied wrongdoing and says it has not engaged in misinformation campaigns.

“The visit is part and parcel of the dramatics of the Marcos family,” said Bonifacio Ilagan, who was jailed and tortured during the martial law era.

“It is clear what is going to happen once he becomes president: The rehabilitation of Marcoses and revision of history is going to be complete.”

The office of outgoing President Duterte on Wednesday said the election showed the strength of Philippine democracy.

“The Filipino people have spoken and now is the time to heal and unite as one nation and one people,” spokesperson Martin Anadanar said.


Foreign Minister Teodoro Locsin, press secretary under President Corazon Aquino who succeeded the elder Marcos after he was driven into exile, shared the images of the incoming president’s visit to his father’s place of rest.

“The circle is complete. It remains with the Filipino people (to) take the situation in the direction of their own best interests or bend it in that direction,” Locsin said.

“We are just players on a stage locked in our roles repeating the same lines in the same plot until another world comes in to be.” 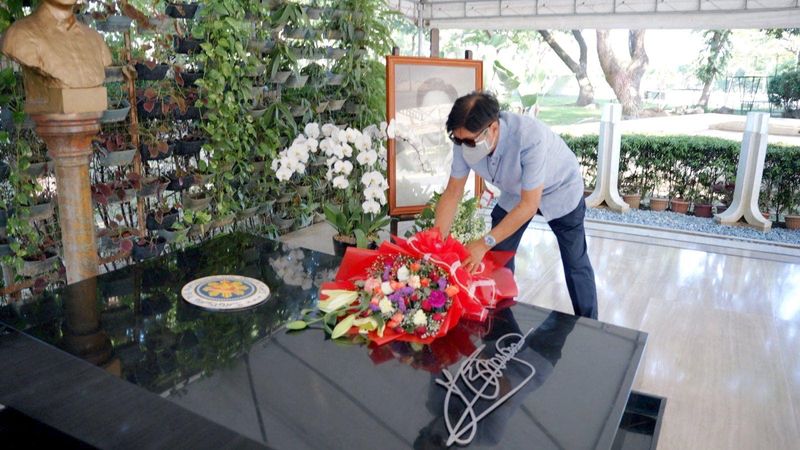 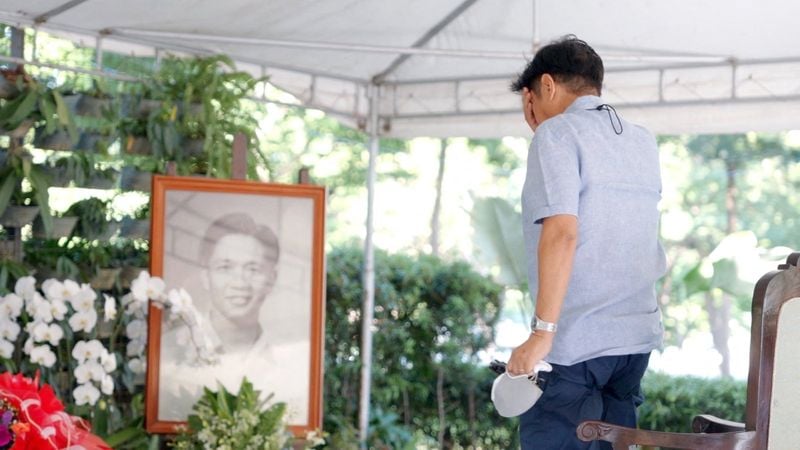 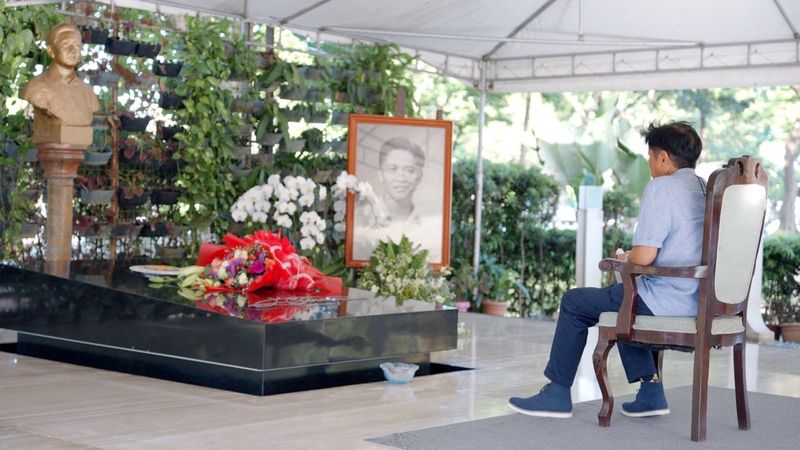