The Fed’s current plan for half point increases is “a good benchmark for now,” Bullard said on Yahoo Finance. Large increases are “not my base case … I think we have a good plan in place,” Bullard said.

The comments from one of the Fed’s most vocal advocates of faster rate hikes show how tightly U.S. central bankers have coalesced around the plan outlined by Fed Chair Jerome Powell last week to raise rates by half a point at the next two Fed meetings, and take stock along the way of how inflation is behaving and what more might need to be done.

Bullard, however, repeated on Wednesday that he feels the Fed will need to keep moving in those half-point increments for the remainder of 2022, pushing the federal funds rate to a range of between 3.25% and 3.5% by the end of the year.

That’s higher than the level many other Fed officials have projected so far.

But Bullard said data could push the Fed in either direction still.

“I think it is more state contingent … We want to take it one meeting at a time. It is possible inflation could moderate a lot,” he said. It is possible the real economy could take twists and turns … We don’t want to be promising today what we will do in December.” 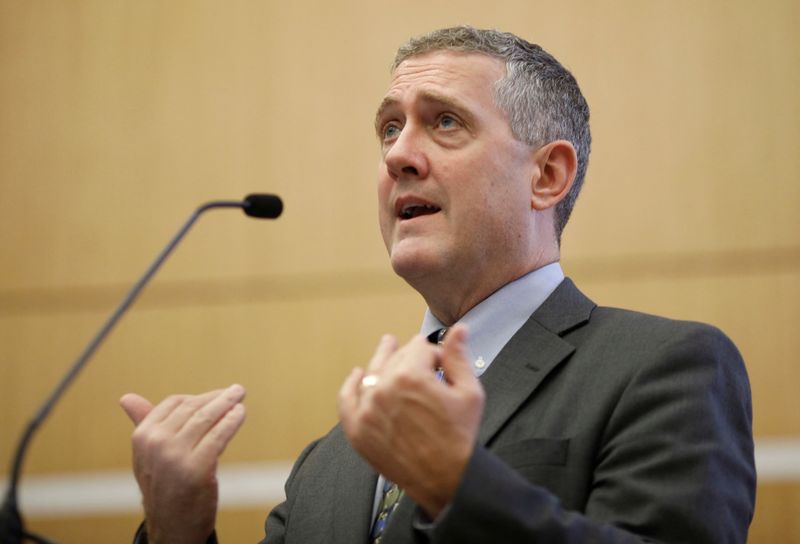