BRUSSELS (Reuters) – NATO allies expect Finland and Sweden to apply to join the alliance in the coming days and will grant membership quickly, five diplomats and officials said, as Russia’s invasion of Ukraine forces a radical rethink of European security.

During the one-year ratification of their membership, the allies would provide an increased troop presence in the Nordic region, hold more military exercises and naval patrols in the Baltic Sea and possibly rotate U.S. and British forces through Finland and Sweden, they said.

Finland and Sweden would not benefit from NATO’s collective defence clause – that an attack on one ally is an attack on all – until the parliaments of all 30 member states have ratified the decision.

In the wider Nordic region, Norway, Denmark and the three Baltic states are already NATO members.

President Sauli Niinisto of Finland, which shares a 1,300 km (810-mile) border with Russia, will announce his stance on Thursday, a move that will be considered as official confirmation of Helsinki’s decision to join.

Sweden’s ruling Social Democrats are expected to decide on Sunday whether to overturn decades of opposition to NATO membership. Sweden’s parliament is holding a parallel, all-party review of security policy which is due to report on Friday.

“Yes and yes: they will apply and they will be granted membership,” said one senior diplomat, speaking on condition on anonymity, of how the two Nordic nations will act.


“If not now, then when?” said a second diplomat, citing not only Russia’s Feb. 24 invasion of Ukraine but also the fact that Moscow has had to pour so many troops into its southern neighbour as part of its “special operation” to disarm it.

A third NATO diplomat concurred: “It is a blessed moment. Russia is not in a position to attack (the Nordic nations).”

However, envoys said Moscow could announce that it was moving missiles and other weapons and armour closer to its border with Finland.

“Of course, we observe everything that is connected with actions that are capable of somehow changing the configuration of the alliance near our borders in the most attentive way,” he said. “This is a subject for very, very careful analysis. For now, we can’t say any more.”

British Prime Minister Boris Johnson, visiting Sweden and Finland on Wednesday, said he had agreed new deals with both nations to bolster European security, pledging support for their armed forces if they came under attack.

Johnson also reiterated that NATO is a defensive alliance that does not threaten other countries.

Russia strongly disagrees, viewing NATO enlargement as a direct threat to its own security. It has cited the issue as a reason for its actions in Ukraine, which also aspires to join the alliance one day.

Sweden recently sought U.S. reassurances that Washington would shore up its security in the event of Russian retaliation. The U.S. mission at NATO declined to comment directly.


“We are confident that we could find ways to address any concerns either country may have about the period of time between a NATO membership application and their potential accession to the Alliance,” said Jeff Adler, spokesperson for the U.S. Mission to NATO.

Alliance diplomats and officials said membership bids by Sweden and Finland were sure to be approved, either at or before a planned NATO summit in Madrid on June 28-30.

“There’s no exact timeline. We will not wait for the Madrid summit if it can be approved sooner,” a NATO official said.

Some diplomats expected Finland and Sweden to apply for membership a few weeks before the Madrid summit to allow for approval at the summit, which will be attended by all allied leaders including U.S. President Joe Biden.

That would be full of symbolism for NATO. It was at an allied summit in Madrid in 1997 that Hungary, Poland and the Czech Republic were invited to join, in the first of several waves of NATO’s eastern expansion. 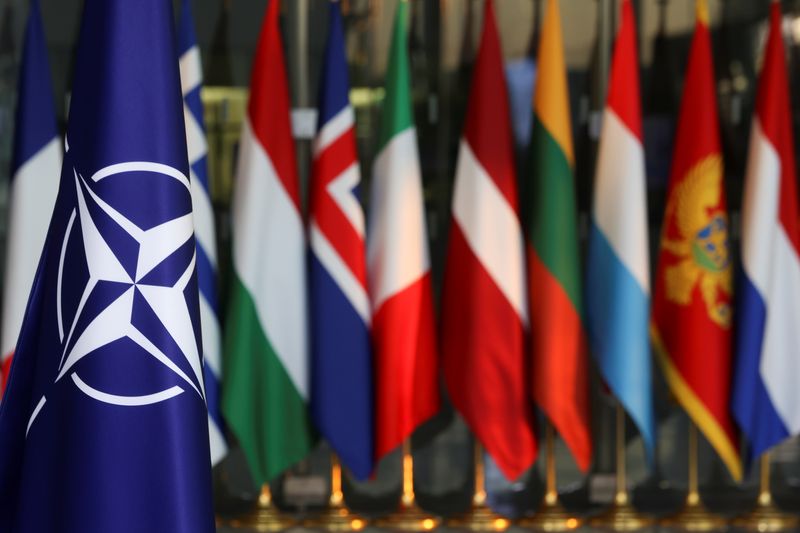