(Reuters) – Rio Tinto Ltd, Freeport-McMoRan Inc and other global miners, spurred by rising prices and demand, are deploying a raft of new leaching technologies that can extract low concentrations of copper from waste rock and help avoid lengthy mine permitting delays.

Copper prices have nearly doubled in the past two years largely due to the electric vehicle industry’s growth, with the demand prompting miners to find faster ways to produce the metal.

That has led the industry to reconsider piles of waste rock stored at their mine sites across the globe, with Rio and other companies estimating these piles could contain as much as 100 million tonnes of copper.

In conventional mining, leaching involves applying acid to piles of rock in order to extract copper, gold or other metals. The remaining rock is stored on site in waste piles.

Now, miners aim to use bacteria or other newly developed chemicals to extract even more copper from that waste rock in a secondary leaching process. That could enable them to produce copper at concentrations of 0.5% or lower – compared with typical grades in mines of 0.6% to 1% or beyond – in an economic way, the companies said.

“It’s the equivalent of bringing on a new mine without having all the capital costs,” said Freeport President Kathleen Quirk.

These new processes also do not require fresh regulatory approval, helping to avoid fights with conservationists and others. In Arizona, for instance, Rio faces strong resistance to its proposed Resolution Copper mine.


While leaching is typically done on lined pits, environmentalists have long worried acids and other materials can find their way into drinking water supplies. The mining industry has said it believes leaching is safe.

Freeport is using several new leaching technologies it developed internally and with partners at its Morenci mine in Arizona – North America’s largest copper mine – where it estimates 19 billion pounds of copper are unrecoverable by traditional leaching methods.

The miner estimates that new leaching technologies could boosts its annual copper production by at least 100 million pounds within a few years, equivalent to roughly 2.6% of its output last year.

Jetti said it is working on a leach project with another miner it declined to identify that it says will open next year with 50,000 tonnes of annual production. The company charges its customers a per-pound royalty that is linked to the copper price.

“The mining industry is used to high capital budget projects that are hard to permit and have environmental drawbacks,” said Jetti founder and Chief Executive Mike Outwin. “Our proposition to the industry is cheaper.”

Rio Tinto, which says it has been studying leaching technologies for 30 years, says it has developed a bacteria that naturally produces heat when applied to certain types of rock, helping to pull out the copper.

The company has inked deals with Lion Copper and Gold Corp and Arizona Sonoran Copper Co to test out the technology, which it has labeled “Nuton” in a play on the name of the 17th-Century British scientist who first developed the theory of gravity.

“Our ambitions here are quite substantial,” said Rio’s Adam Burley, who runs the Nuton program. “In order to capture the full size of the prize, both financially and socially, we need to deploy within and beyond Rio’s portfolio.”

Beyond copper, technology firms are looking to boost the use of leaching for other minerals, including rare earths, a grouping of 17 metals found in a range of electronics.

Massachusetts-based startup Phoenix Tailings Inc says it has developed technology to leach several types of rare earth metals, including neodymium used in magnets, from waste rock without using harsh chemicals. Its process is still in lab testing, but it hopes to begin commercial operations by mid-decade. 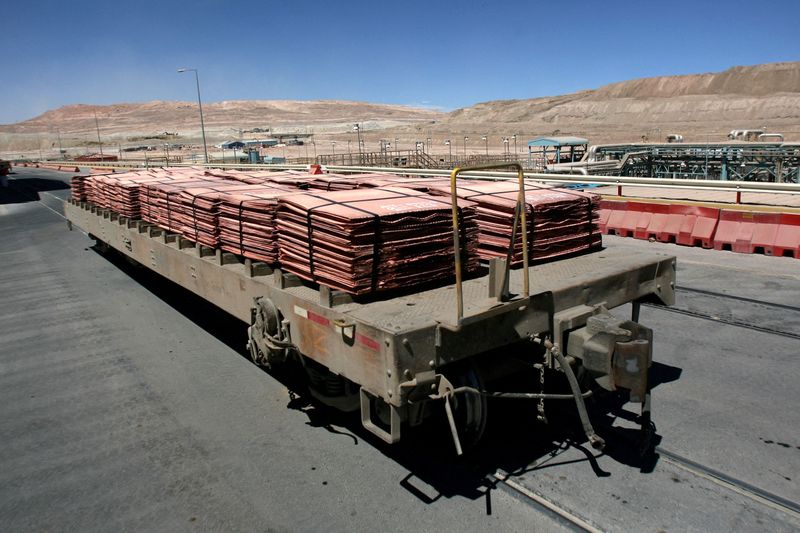