By Andy Sullivan and Jason Lange

Tuesday’s elections delivered a split result for Trump, who has endorsed more than 150 candidates as he tries to shape his Republican Party ahead of a possible 2024 presidential run.

In Nebraska, his choice for governor, Charles Herbster, lost to rival Jim Pillen, according to Edison Research, even though Trump had hosted a rally for him a little more than a week earlier.

But in West Virginia, voters opted for Representative Alex Mooney, a candidate who has backed Trump’s false claims about fraud in the 2020 presidential election.

Tuesday’s elections are part of a series of nominating contests that will set the stage for Nov. 8 elections in which Republicans are favored to win control of at least one chamber of Congress, which would give them the power to bring Democratic President Joe Biden’s legislative agenda to a halt.

Trump’s influence will be put to the test in high-profile Senate contests later this month in Pennsylvania, North Carolina and Georgia.

The Nebraska contest had been dominated in recent weeks by accusations that Herbster, an agriculture executive, had sexually harassed several women, which he has denied.

Edison Research projected that Pillen, a hog farmer and university board member, would defeat Herbster and win the nomination. Pillen was endorsed by the current governor, Pete Ricketts.

Related News:   Ex-kickboxer Andrew Tate says Romanian prosecutors have no evidence against him

McKinley had campaigned on his support for Biden’s infrastructure law, which will send billions of dollars to the state for roads, bridges and other projects. Both are incumbents in a state that has lost a seat due to a shrinking population.

“I am honored the voters of West Virginia’s new 2nd congressional district have chosen me to carry the conservative banner as we begin the sprint to November,” Mooney said on Twitter. “Tonight is a monumental night for West Virginians & I look forward to being their trusted conservative voice in Congress.”

Also in Nebraska, Representative Don Bacon was on track to win the Republican primary after Edison Research predicted he would hold off challenger Steve Kuehl. Trump had urged voters to reject Bacon due to his criticism of Trump’s role in the Jan. 6, 2021 attack on the U.S. Capitol.

Bacon will face a competitive November election in the Omaha-based district against Democrat Tony Vargas, who was projected by Edison Research to win his party’s primary. 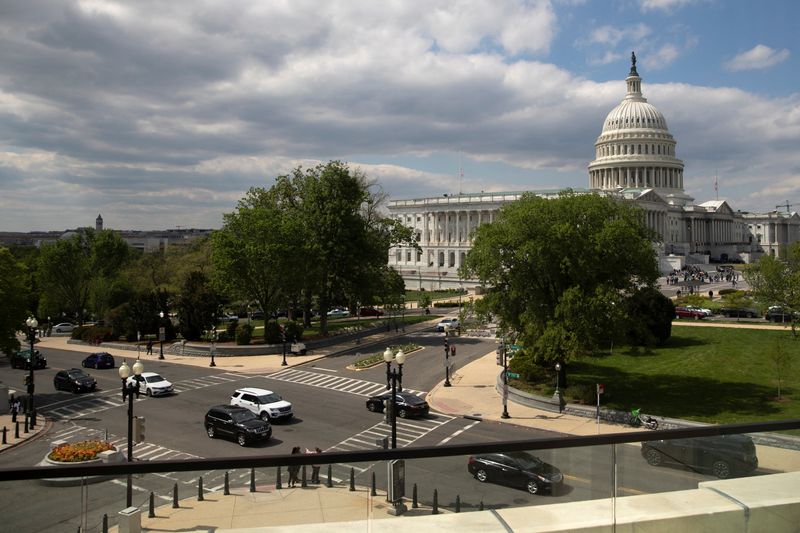