By Moira Warburton and Nate Raymond

WASHINGTON (Reuters) – A U.S. House of Representatives panel on Wednesday advanced a bill requiring the Supreme Court to adopt an ethics code and strengthen rules for justices and other federal judges to recuse themselves from cases when they have conflicts of interest.

The 22-16 vote by the House Judiciary Committee sends the measure to the full House for consideration. It follows calls by Democrats, who hold the majority in the House, for conservative Justice Clarence Thomas to recuse himself from cases involving the Jan. 6, 2021, U.S. Capitol attack because text messages showed his wife encouraged attempts to overturn the 2020 election.

The focus on Thomas prompted Republican opposition to the bill, the Supreme Court Ethics, Recusal, and Transparency Act of 2022, despite past bipartisan interest in similar legislation following concerns about ethics issues with other justices.

Republican committee members alleged during the hearing that Democrats were using the legislation to intimidate Supreme Court justices, in light of the draft opinion overturning federal abortion protections that leaked last week.

But Democrats said the legislation was necessary to re-establish sagging public trust in one of the nation’s most important institutions.

“People are justifiably shocked when they learn that not only is there no code of conduct for the Supreme Court, but that the justices have steadfastly opposed the creation of one,” Democratic Chairman Jerrold Nadler said ahead of Wednesday’s vote.

The bill the committee advanced https://www.congress.gov/bill/117th-congress/house-bill/7647 calls for the Supreme Court to issue a code of conduct for its nine justices and would require the justices and their law clerks to disclose all gifts, reimbursements and income they receive.


The bill also raises the standards for justices and other federal judges to recuse themselves from cases when they have conflicts and creates new mechanisms for parties to seek their disqualification.

Groups that file friend-of-the-court briefs supporting or opposing an issue before the court must also disclose the names of any people who contributed to the preparation the brief or funded the group.

Other legislation to reform aspects of the judiciary are pending. Congress last month approved bipartisan legislation to subject federal judges including the justices to tougher disclosure requirements for their financial holdings and stock trades.

(Reporting by Moira Warburton in Washington and Nate Raymond in Boston; Editing by Kenneth Maxwell) 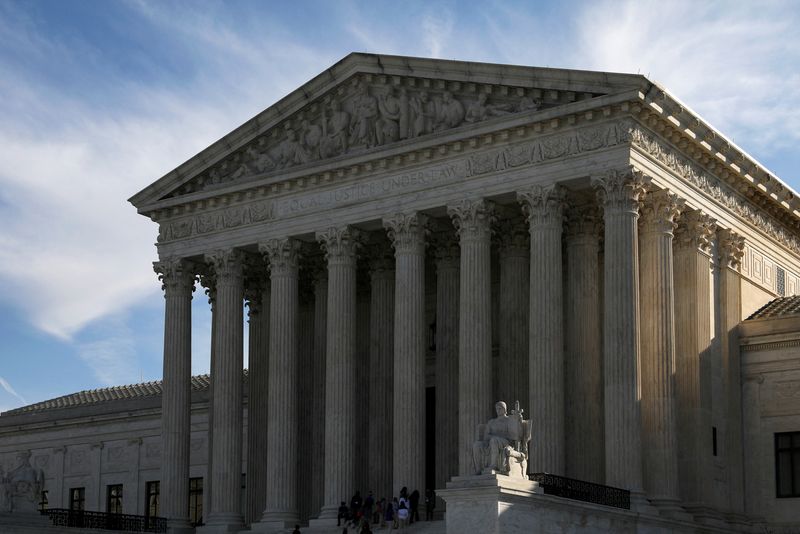 Factbox-Can Boris Johnson be forced out, and how is a successor chosen?