CHICAGO (Reuters) – The draft U.S. Supreme Court decision on abortion leaked earlier this month could mean the court will later go after same-sex marriage, contraception, and other rights, President Joe Biden said at a fundraiser on Wednesday in Chicago.

“Mark my words: they’re gonna go after the … Supreme Court decision on the right of same-sex marriages,” Biden told a group of donors, adding that contraception was also on the chopping block.

“You’re going to see these decisions up for grabs and further split the United States. We’re gonna be arguing about things we shouldn’t have to argue about,” he said.

Biden made the remarks after appealing to voters last week to protect abortion rights by backing candidates who support them in November’s elections after the leaked draft showed the court could soon overturn its 1973 decision legalizing abortion. 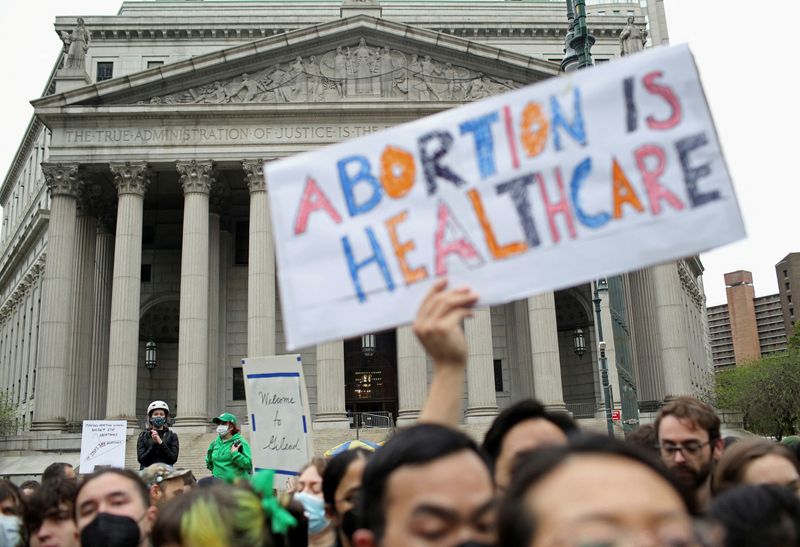