BEIJING (Reuters) -China will not hesitate to introduce new policies to prop up growth, a senior Communist Party official said on Thursday, as the economy feels the pinch of protracted COVID-19 lockdowns.

China aims to implement existing policies in the first half of the year and is ready to take new steps when the need arises, Han Wenxiu, deputy head of the party’s office for financial and economic affairs, told a news conference in Beijing.

“We will waste no time in planning and rolling out incremental policies. There is sufficient room for fiscal, monetary policy and other policies, and we have various policy tools,” Han said.

“We will step up policy adjustments, we will take actions when necessary,” Han said without giving details.

China must control COVID in a “scientific, precise and effective” way, to create a vital pre-condition for normal economic operations, Han said.

The government has moved to cushion a deepening economic slowdown as authorities race to stop the spread of COVID cases with full or partial lockdowns in dozens of cities, including the commercial hub of Shanghai.

The COVID-19 resurgence is having a “huge impact” on China’s economy, but such impact will be short-lived, the official Xinhua news agency quoted Sheng Laiyun, deputy head of the National Bureau of statistics, as saying.

Some economists expect China’s year-on-year economic growth to slow sharply in the second quarter from 4.8% in the first quarter, or even shrink.

The government has been cutting taxes for businesses and channelling more funds into infrastructure projects, while the central bank has been pumping more cash into the economy and increasing support for some sectors.


Some government economists have been calling for additional policy stimulus, including expanding the annual budget deficit and issuing special treasury bonds. 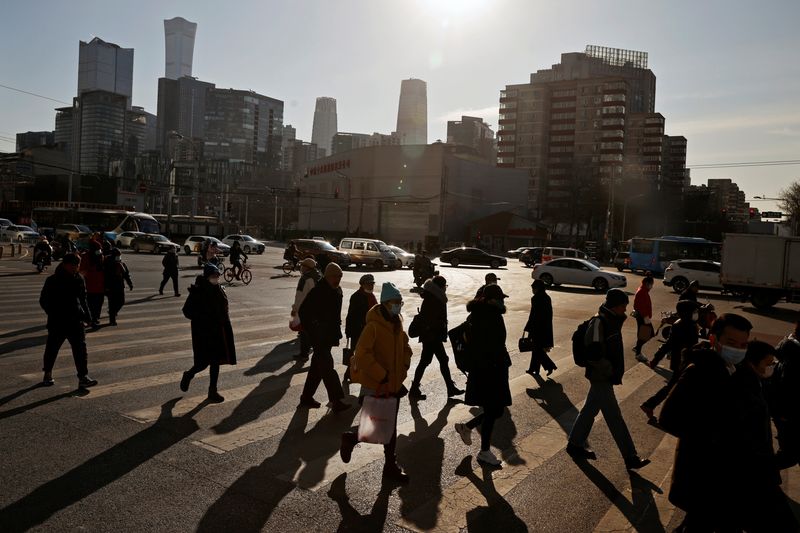