WASHINGTON – The chair of the U.S. House panel overseeing the Postal Service (USPS) asked the agency to turn over documents and answer questions on its plans to buy mostly gas-powered next-generation delivery vehicles as critics question the move over costs and the environmental impact.

House Oversight and Reform Committee chair Carolyn Maloney asked Postmaster General Louis DeJoy in a letter made public Thursday to turn over documents by May 25 about how it decided to acquire 10,019 EVs as part of the initial $2.98 billion order of 50,000 vehicles from Oshkosh Corp. The panel on Wednesday approved a bill that would require USPS to conduct a new environmental review of the decision.

The letter also asks for the complete vehicle total cost-of-ownership analysis and questioned if the vehicles were designed to avoid emissions limits.

Maloney questioned if USPS “relied on flawed assumptions to justify the purchase of gas-powered trucks while underestimating the cost savings and environmental benefits from electric vehicles.”

She cited testimony from USPS at last month’s hearing that if the vehicle weight was set one pound lower it would face strict emissions rules.

The bill approved by the committee Wednesday would toss out the USPS environmental impact statement and compel it to conduct a new one.

“We have every route identified,” DeJoy said.

USPS expects new vehicles will begin appearing on carrier routes in late 2023. They will replace many 30-year-old vehicles without airbags or other safety features.

Asked for comment on Maloney’s letter, USPS referred to its statement Wednesday that the bill “potentially would have the effect of delaying our vehicle replacement program by a year or more, and substantially increasing the cost.”

USPS said in 2021 it could buy up to 165,000 vehicles from Oshkosh over 10 years but DeJoy said USPS is considering various options for vehicle purchases after the initial 50,000.

Last month, 16 states and others filed a lawsuit seeking to block USPS’s vehicle plan, arguing it failed to comply with environmental regulations.

The EPA said in February USPS’s new gas-powered vehicles “are expected to achieve only 8.6 miles per gallon (mpg), barely improving over the decades-old long-life vehicles that achieve 8.2 mpg.” 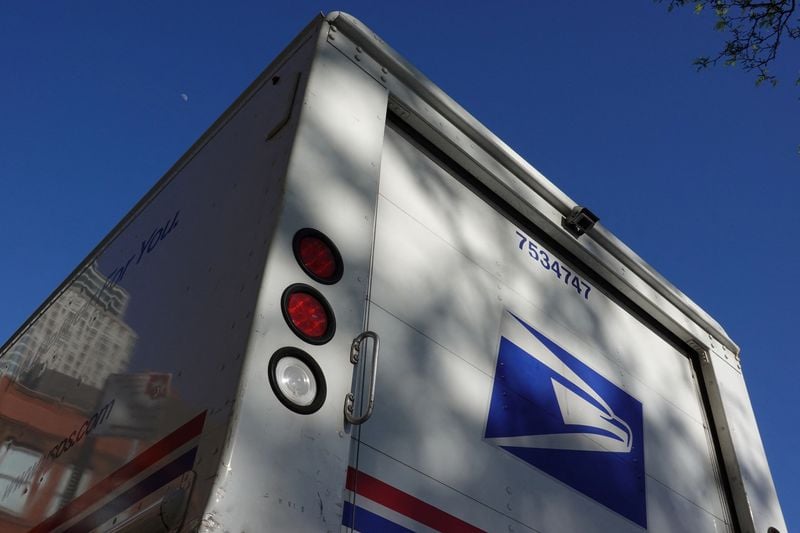