(Reuters) – Elon Musk on Friday put his $44-billion Twitter offer on temporary hold, sending the shares of the social media company into a tailspin.

Twitter stock has consistently traded below Musk’s offer price of $54.20 per share since the announcement of the deal on April 14, wiping off over $2 billion from the company’s market capitalization.

Below is a snapshot of the Twitter takeover saga.

spam and fake accounts. Later tweets that he before paring

remains committed to the deal losses from

return as CEO if offered the next

after deal closes below offer

May 2 Musk seeks to get more external investors Falls 0.8% in

April 10 Musk says he will not join Twitter board Falls 3.3%

(Reporting by Akash Sriram and Yuvraj Malik in Bengaluru; Editing by Sweta Singh and Shinjini Ganguli) 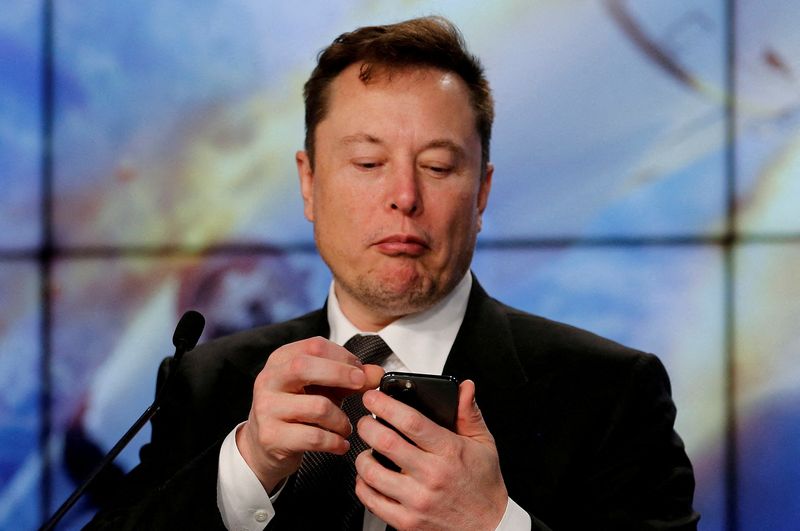