By Dave Sherwood and Nelson Acosta

Gil said Cuba saw a 38% increase in exports in the first quarter, boosted by the rising price of nickel, a top mineral export. He said inflation had also slowed despite upward pressure on the price of imports.

“We are beginning to see a clear and gradual recovery,” Gil said.

But the price Cuba paid for imported goods jumped by nearly $700 million in the first quarter, outpacing the country´s modest gains in exports, a predicament Gil attributed to “imported inflation” driven by fast-rising prices for such products as fuel, corn for feeding livestock and wheat.

U.S. sanctions and soaring food and fuel prices, in part due to the Russian invasion of Ukraine, have put Cuba´s tepid recovery at risk and threaten to worsen shortages already forcing citizens to line up for food, medicine and other basic goods. {nL2N2W20F1}

Tourism, a top source of the foreign exchange necessary to pay for pricier imports, has also lagged well behind government targets, complicating recovery.


Gil did not provide figures for overall gross domestic product nor did he address how first-quarter results contributed to meeting the government´s target of 4% growth in 2022.

A major sticking point, Gil said, continues to be Cuba´s unofficial exchange rate, which has ballooned to five times the government rate of 24-1 in recent months, slashing buying power for the average Cuban.

To combat this, Gil said Cuba will begin selling foreign currency at a rate between the official and black market rates, but limit those deals to certain state-run and private businesses in a bid to boost output of high-demand products.

The economy minister said the more favorable exchange would underpin “production that will later be sold to the population in national currency.”

Gil said citizens seeking to trade pesos for dollars would not be able to take part in the new exchange program, but that the cash-strapped government was working toward that goal.

“These are bold, innovative measures. There are no magic … solutions that can solve all the problems at once,” Gil said. 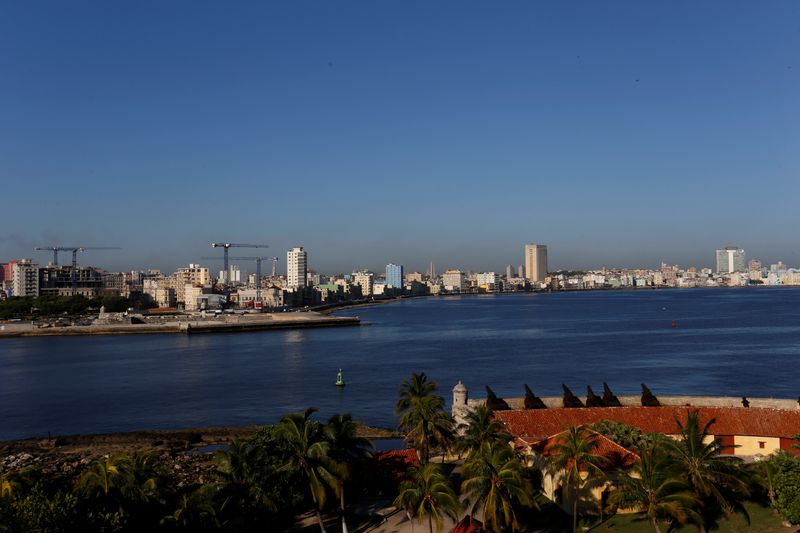