By Brenda Goh and Tony Munroe

SHANGHAI/BEIJING (Reuters) -Shanghai will gradually begin reopening businesses such as shopping malls and hair salons in China’s financial and manufacturing hub from Monday after weeks in strict COVID-19 lockdown, while Beijing battles a small but stubborn outbreak.

All but shut down for more than six weeks, Shanghai is tightening curbs in some areas that it hopes marks a final push in its campaign against the virus, which has infuriated and exhausted residents of China’s largest and most cosmopolitan city.

He gave no specifics on the pace or extent of reopenings, and many residents in the city of 25 million reacted online with scepticism.

“Who are you lying to? We can’t even go out of our compound. You can open up, no one can go,” said a user of China’s Twitter-like Weibo, whose IP showed as being from Shanghai.

During Shanghai’s lockdown, residents have been mainly limited to buying necessities, with normal online shopping largely suspended due to a shortage of couriers.

And while barbers and hairdressers have been giving haircuts on the street or in open areas of housing compounds, residents recently able to leave homes for brief outings to walk or buy groceries have generally appeared more dishevelled than usual.

In one hopeful sign, Shanghai’s subway operator began testing trains on its vast network in preparation for reopening, a local government media outlet reported, but gave no indication of when it will do so.


Shanghai residents have been frustrated by unclear or inconsistent rules as the city makes tentative steps towards easing curbs.

In the Changning district on Sunday, a woman began walking her dog before being told by a policeman to go home.

China’s strict “dynamic zero” approach to COVID has put hundreds of millions of people in dozens of cities under curbs of varying degrees in an attempt to eliminate the spread of the disease.

The curbs are wreaking havoc on the world’s second-largest economy and rattling global supply chains even as most countries try to return to normal life despite continued infections.

Breaking News
At first funeral after Buffalo shooting, a 'God-given' man is mourned

New bank lending hit the lowest in nearly four and half years in April as the pandemic jolted the economy and weakened credit demand, central bank data showed on Friday.

The Asian Football Confederation said on Saturday that China had pulled out of hosting the 2023 Asian Cup finals due to COVID, the latest in a wave of sporting event cancellations by China and prompting social media speculation that its zero-COVID policy could persist well into next year.

China managed to keep COVID at bay after it was discovered in Wuhan in late 2019, but has struggled to contain the highly infectious Omicron variant. The World Health Organization said last week China’s approach was not “sustainable”.


Still, China is widely expected to stick with its approach at least until the congress of the ruling Communist Party, which is historically in the autumn, where President Xi Jinping is poised to secure a precedent-breaking third leadership term.

Despite the disruptions, no senior Chinese officials have spoken out publicly against a COVID-19 policy that Beijing defends as saving lives.

Case numbers in Shanghai continued to improve, with 1,369 daily symptomatic and asymptomatic infections reported, down from 1,681 a day earlier.

Shanghai has achieved its zero-COVID target in more thinly populated suburban districts and started easing curbs there first, such as allowing shoppers to enter supermarkets, but it continued to tighten restrictions in many areas over the past two weeks, curtailing deliveries and putting up more fencing.

In Beijing, where restaurants have been shut for dining-in, several districts on Sunday extended work-from-home guidance and officials announced three more days of mass daily tests for most of the city’s residents.

Beijing said it found 55 new cases in the 24 hours to 3 p.m. (0700 GMT) on Sunday, 10 of which were outside areas that are under quarantine. The city is scrambling to stamp out such community infections. 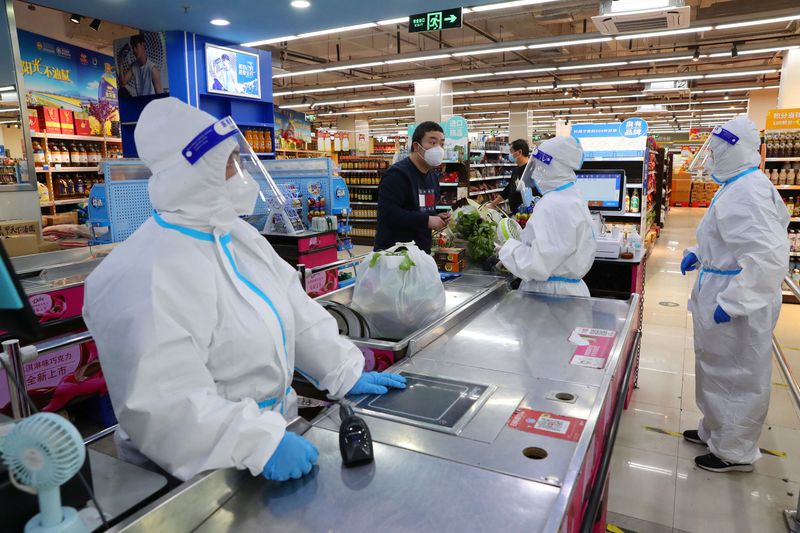 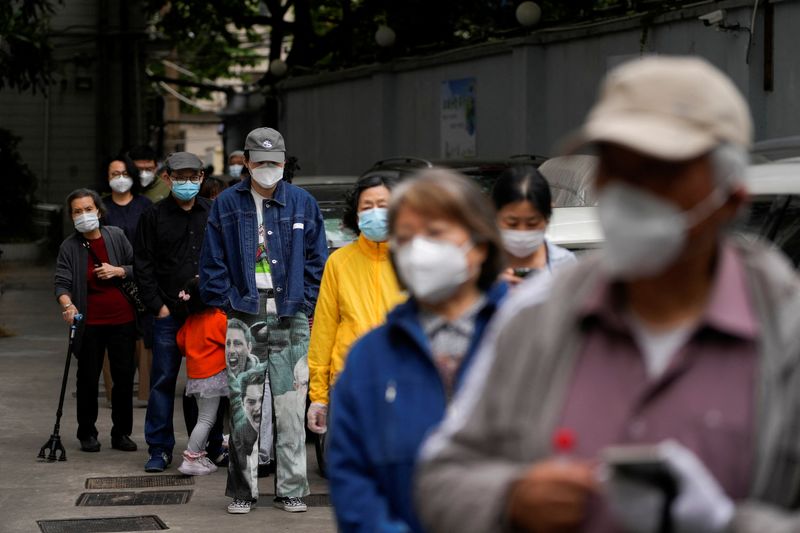 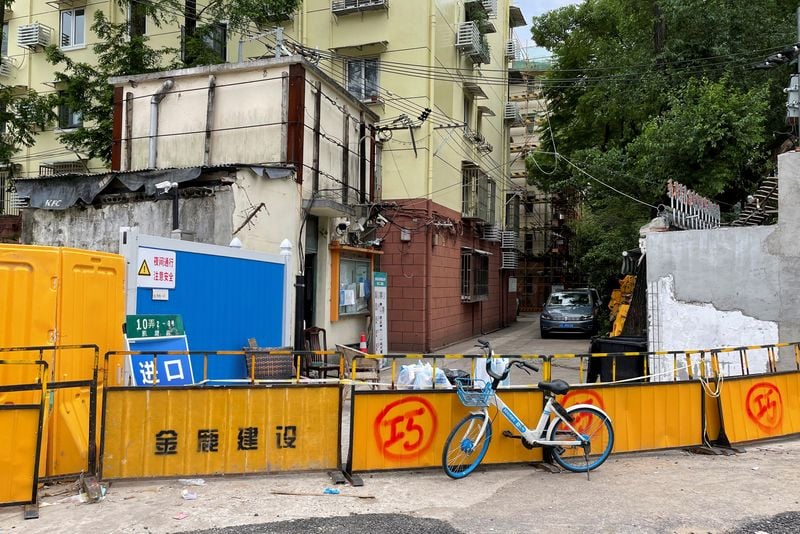 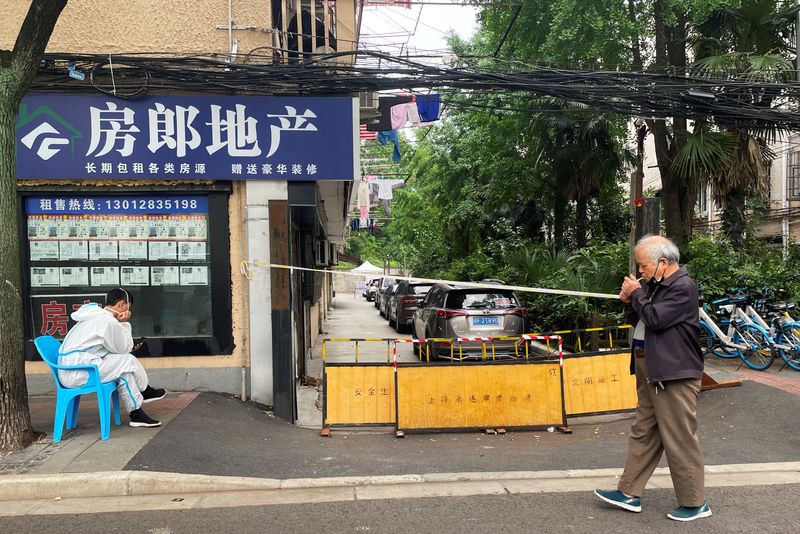