WASHINGTON (Reuters) – The U.S. Senate voted on Monday to advance $40 billion more aid for Ukraine in its war against Russia, setting the stage for a vote on the bill possibly later this week, after the military and humanitarian assistance was delayed due to opposition from one Republican senator.

The tally was 81 to 11 on the first of a potential three procedural votes paving the way for final Senate passage of the funding, requested by President Joe Biden’s administration to keep aid flowing and boost the government in Kyiv nearly three months after the start of the Russian invasion.

All 11 “no” votes were from Republicans.

The House of Representatives approved the aid on May 10. But it stalled in the Senate after Republican Senator Rand Paul refused to allow a quick vote. Biden’s fellow Democrats narrowly control both the House and Senate, but Senate rules require unanimous consent to move quickly to a final vote on most legislation.

Paul said he wanted an inspector general to be appointed to oversee the funds, but declined an offer from Senate leaders to hold an amendment vote on his proposal. Changing the bill would force the House to vote on it again, causing further delay.

There is strong support from both parties for assisting Ukraine. The House passed the measure by 368 to 57, with substantial Republican support, despite all 57 of the “no” votes in the House coming from Republicans.

Mitch McConnell, the top Republican in the U.S. Senate, led a small delegation to Ukraine this weekend. He said on Sunday the Senate could approve the aid on Wednesday.

The Biden administration had said additional money for Ukraine must be approved by Thursday in order to avoid a lapse in U.S. assistance. 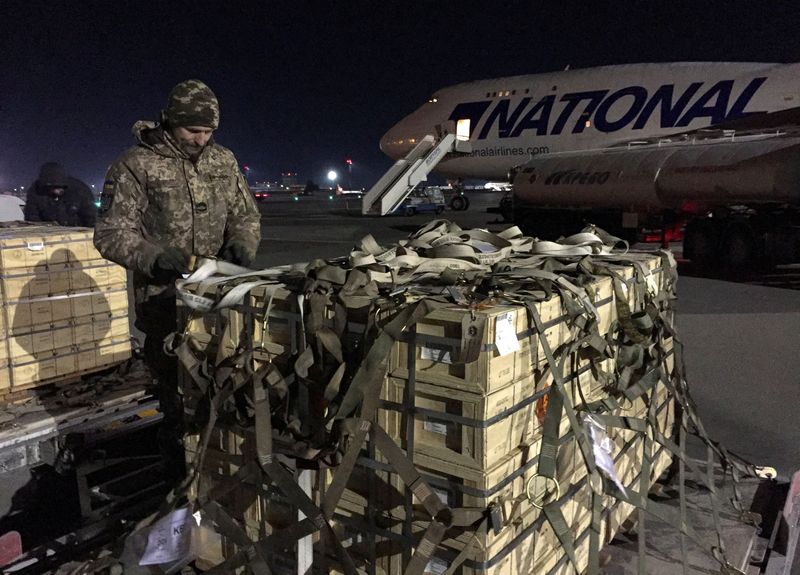