(Reuters) -A former Republican minority leader of the Colorado legislature is among the recipients of a trove of sensitive voting data leaked by a county official working with activists seeking to prove President Donald Trump’s false stolen-election claims, according to court records reviewed by Reuters.

The revelation indicates the breach of ballot data in Elbert County was wider than previously understood. The case, now being investigated by the Colorado secretary of state, is one of at least nine unauthorized attempts to access voting-system data https://www.reuters.com/investigates/special-report/usa-election-breaches around the United States, at least eight of which involved Republican officials or activists seeking evidence to delegitimize Democratic President Joe Biden’s election victory.

The clerk in Elbert County, Dallas Schroeder, previously testified that he copied voting data from the county’s election server onto two hard drives and gave them to two lawyers. Schroeder, responding to the investigation and a related lawsuit by the secretary of state, said that one of the recipients was his own attorney, John Case, and refused to name the other lawyer.

But a third lawyer also handled the data, according to affidavits from the attorneys involved. The documents, reviewed by Reuters, show that Schroeder’s lawyer, Case, hired his own attorney, who also took possession of one of the hard drives.

That third lawyer was Joseph Stengel, a former state lawmaker who served as Republican minority leader. Stengel, based in Denver, is a former law partner of Case.

Stengel’s law-firm website says he won election to the Colorado House of Representatives in 1999. In March 2006, he resigned the Republican leadership post amid accusations that he billed taxpayers for excessive days of work while the legislature was not in session, according to local media reports. Stengel quit the legislature entirely later that year, citing unrelated reasons.

The lawmaker disputed the allegations at the time, telling reporters: “I work 24-7.” Reached by Reuters, Stengel declined to comment.

Schroeder, the clerk, has testified that he received instructions on how to copy the system’s data from a retired Air Force colonel and political activist, Shawn Smith, a Trump supporter bent on proving there was election fraud in 2020.

Smith’s organization, the U.S. Election Integrity Plan (USEIP), has been pressuring local county clerks in Colorado to investigate unfounded allegations of 2020 election fraud and to give USEIP unauthorized access to voting data to perform forensic audits, according to interviews with clerks and the Colorado County Clerks Association.

Schroeder did not respond to requests for comment. He has stated in legal filings that he believed he had a “statutory duty” to preserve records of the 2020 election.

Secretary of State Jena Griswold, a Democrat, sued Schroeder in February seeking the return of the hard drives. Schroeder initially refused but handed them over on May 4 in response to a court order.

Elbert County District Court Judge Gary Kramer also ordered Schroeder to describe the chain of custody for the hard drives. That information was initially kept out of the public record by the court but the judge ordered its release on Monday after requests to make it public by both sides in the case.

The lawyers’ affidavits describe in detail how they handled the two drives with voting data, seeking to assure the court that the chain of custody had been carefully managed. Case’s affidavit, however, discloses a latch, meant to ensure one of the containers wasn’t accessed, was broken.

Case said Schroeder gave him the hard drive in a red metal box with a yellow plastic latch on Jan. 22. Case said he hired Stengel, the former lawmaker, as his own lawyer three days later and gave Stengel the box that evening, on Jan. 25.

Case said he noticed the broken latch on May 4, when he retrieved the box from Stengel and gave it back to Schroeder. But Case theorized that he had broken the latch himself on Jan. 25, while driving the hard drive to Stengel.

“I tried to force the box under the driver’s seat, and it would not fit,” Case said in the affidavit.

Schroeder, the clerk, said in a separate court filing that, when Case returned the box, a pouch inside remained sealed, with another “plastic tag,” giving him confidence that the hard drive had not been accessed.

The secretary of state did not immediately respond to questions about the lawyers’ handling of the drives. The office has previously contended that the lawyers had no authorization to possess the copied files at all.

The lawyer who took possession of the second hard drive is Elbert County-based attorney Ric Morgan, who is also listed as the county’s Veteran Services Officer. He said in a filing that a sealed pouch he received from Schroeder, containing the drive, was never out of his possession and never opened.

Morgan did not respond to multiple calls and emails.

Case was not immediately available to answer questions about his handling of the hard drive, the broken latch or why he needed a lawyer to represent him.

In a statement to Reuters last week, Case said that the clerk had acted legally and argued that the information on the hard drives should be public record. The copied material includes ballot images, Case said, but “no voter information.” He said the information could have “immense historical value.”

“Dallas Schroeder violated no law or election rule,” he said in the statement.

Case repeated what state officials call the false claim that a pending software update would have erased all the county system’s 2020 election data. In fact, such upgrades have no impact on storage of data from past elections, state officials say. That debunked belief, however, has inspired many of the attempts nationwide to gain unauthorized access to voting systems.

Asked for a response to Case’s statement, the Colorado secretary of state’s office told Reuters that Schroeder had violated rules prohibiting “unqualified individuals” from accessing voting systems equipment. He also violated rules prohibiting the use of certain “removable storage media,” Griswold’s office said, referring to the device Schroeder used to image the systems.

The office said it was still examining the data contained on the hard drives. 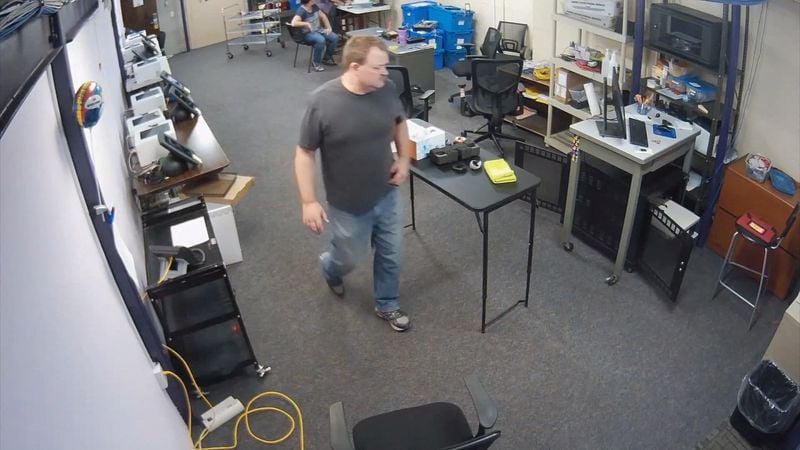