By George Obulutsa and Duncan Miriri

Both selected running mates are Kikuyus, Kenya’s most populous ethnic group, as Odinga and Ruto – who hail from other communities – seek to attract Kikuyu votes.

Announcing his choice, Odinga, 77, on Monday named Martha Karua, a former justice minister who earned herself the nickname “Iron Lady” for tackling all comers in a male-dominated political landscape. She made her own presidential bid in 2013 after serving in parliament for two decades.

“I want to say this is a moment for the women of Kenya,” Karua said.

Lawyer Karua served in the cabinet as minister for water, and as minister for justice from 2003-09. She resigned due to what she called differences of opinion with the government of President Mwai Kibaki, including on the appointment of judges.

While unveiling her name in front of thousands of ecstatic supporters, Odinga praised Karua for her reformist credentials.

“After 60 years (of Kenyan independence)… we cannot excuse the male domination of the executive,” he said.

Within Kenyan political circles, Karua has a reputation for toughness and probity and has previously dismissed Kenyan politics as a “rich boys’ club”.


Odinga’s move fractured his coalition immediately, after former vice president Kalonzo Musyoka, who was Odinga’s running mate in the past two elections and had been among several candidates interviewed for the deputy position, declaring he would run for the presidency rather than support him.

Ruto, Kenya’s current Deputy President, named Rigathi Gachagua as his running mate on Sunday. Gachagua is a first term parliamentarian from a populous constituency at the foot of Mount Kenya, the Kikuyu heartland, and a wealthy businessman.

The Kikuyu ethnic group has provided three out of Kenya’s four presidents since independence from Britain in 1963.

Regarded as an astute grassroots mobiliser, Gachagua previously served in government administration, including a stint as an aide to Kenyatta before he became president.

Odinga – formerly a veteran opposition leader who ran his previous four races as an anti-establishment candidate – secured backing from the incumbent President Uhuru Kenyatta, a Kikuyu, after Kenyatta and Ruto fell out. Kenyatta is standing down due to term limits and says Ruto is unfit to be president of Kenya, East Africa’s biggest economy.

Ruto is wooing Kikuyu and other voters by pledging to shift the government’s economic focus from large public works projects and big state-owned firms to small enterprises owned by what he calls “hustlers.”

Political analysts said Ruto settled on Gachagua because he managed to mobilise large crowds for Ruto’s party, the United Democratic Alliance, over the past two years.

“Your story has been an inspiration to hustlers and all of us all over Kenya, and I am no exception,” Gachagua said on Sunday after being unveiled as running mate. 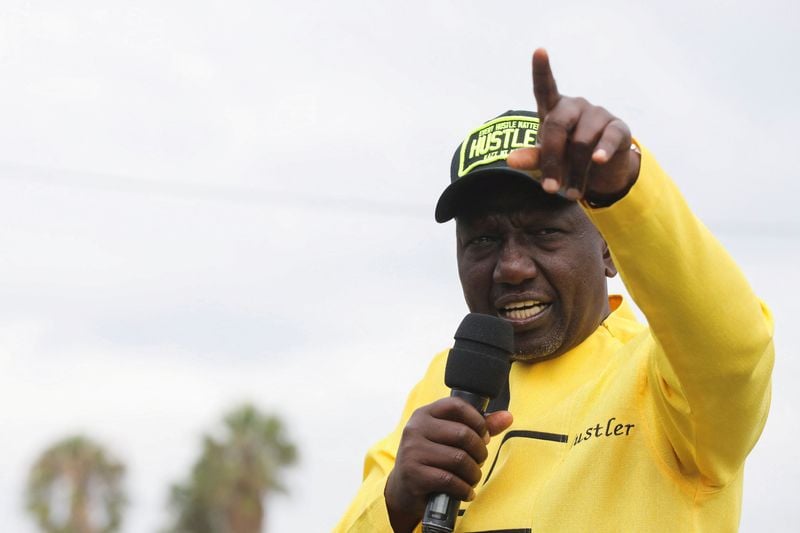 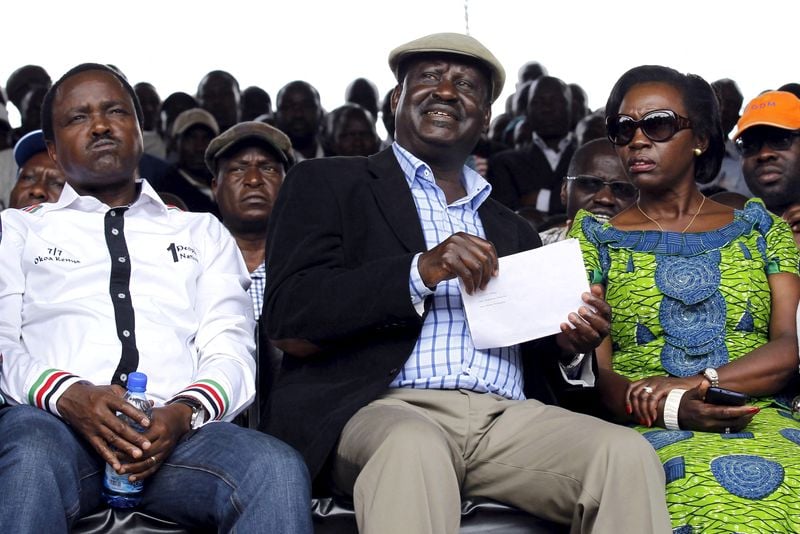