WASHINGTON – Factory activity in New York state slumped in May for the third time this year amid a collapse in new orders and shipments, though manufacturers were slightly upbeat about business conditions over the next six months.

But the survey from the New York Federal Reserve on Monday showed labor market conditions remaining strong, with factories in the region hiring more workers and increasing hours for employees. There was some easing in measures of prices paid for inputs by factories and received for products, in line with views that inflation has probably peaked.

The New York Fed’s “Empire State” index on current business conditions tumbled 36.2 points to a reading of -11.6 this month. A reading below zero signals a contraction in the New York manufacturing sector.

The survey was conducted between May 2 and May 9. Economists viewed the decline in activity as an early signal of the impact on manufacturing of the Federal Reserve’s aggressive monetary policy posture, which has caused financial market conditions to tighten.

“The data have been very volatile lately, so, it is hard to detect clear underlying trends,” said Daniel Silver, an economist at JPMorgan in New York. “But the drop off reported in May, and weak levels for some of the main indicators, could be a sign that the stronger dollar is weighing on the manufacturing sector.”

The U.S. central bank this month raised its policy interest rate by half a percentage point, the biggest hike in 22 years, and said it would begin trimming its bond holdings next month.

The dollar has gained at least 2.7% against the currencies of the United States’ main trade partners since the Fed started raising rates in March.

Manufacturers reported a sharp decline in orders. The survey’s new orders index plunged 33.9 points to a reading of -8.8. There were also massive decreases in shipments and unfilled orders measures. Factories continued to wait long periods for supplies to be delivered.

While prices remained elevated, they were off recent highs. The survey’s measure of prices paid by manufacturers dropped 12.7 points to 73.7, and its gauge of prices received slipped 3.5 points to 45.6.

There is cautious optimism that the worst of the economy-wide price hikes is behind, with data last week showing a deceleration in annual consumer prices in April.

“This is somewhat comforting, as it suggests that while inflation remains highly problematic in the Empire State, price pressures may have begun to peak,” said Adam Kamins, an economist at Moody’s Analytics in West Chester, Pennsylvania.

The survey’s measure of factory employment increased seven points to 14.0, while the average workweek gauge climbed 1.9 points to 11.9, a five-month high.

Manufacturers were mildly optimistic about the outlook for the next six months. The index for future business conditions rose 2.8 points to a reading of 18.0, still less than half the index’s historical average.

The capital expenditures index fell 6.4 points to 25.4, while a measure of technology spending also declined. Economists expected these forward looking measures to remain on the soft side amid rising recession risks and higher borrowing costs.

“The Fed’s fingerprints can be seen in a few places in the current survey,” said Kamins. “Both the planned capital expenditures and technology spending indexes continue trending in the wrong direction, likely owing at least in part to rising borrowing costs.” 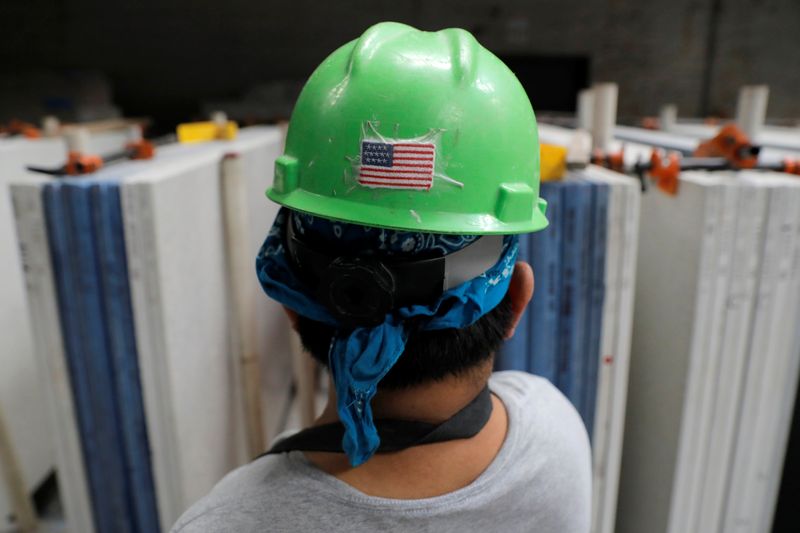