MANAMA – Saudi Arabia is on track to lift oil production capacity by more than 1 million barrels per day to over 13 million barrels bpd by the end of 2026 or start of 2027, the energy minister said on Monday.

Prince Abdulaziz bin Salman told an energy conference in Bahrain that production could be maintained at that level once it was reached should market demand require it.

The prince also said all upstream investments would be domestically focused to achieve that goal.

“We have no money to waste on anywhere else,” he told the conference, adding that production could reach between 13.2- 13.4 million bpd.

On the Durra natural gas field, located in an energy-rich area shared with Kuwait, the minister said both countries were proceeding with its development.

Iran says it has a stake in the field and considers a Saudi-Kuwaiti agreement signed earlier this year to develop it “illegal”.

Saudi Arabia and Kuwait invited Iran in April to hold negotiations to determine the eastern limit of the joint offshore area and reaffirmed their right to develop the gas field located within it.

“We are proceeding with that field, we have made a joint public statement encouraging Iran to come to the negotiation table if they claim they have a piece of that [field] and it remains a claim,” Prince Abdulaziz said, adding Saudi Arabia and Kuwait wanted to work together in any discussions as they had a common interest in the resources.

On a U.S. bill, dubbed NOPEC, that could open members of OPEC and its partners to antitrust lawsuits for orchestrating supply cuts that raise global crude prices, Prince Abdulaziz questioned whether it would also apply to consuming nations which have released crude from strategic reserves in an attempt to manage the market.

“It is not only OPEC that is trying to manage the market, it is also the consumers…so I don’t know about this NOPEC if it is going to be inclusive of all or just those who are producing?” he told the conference.

“We are in internal discussions about that so for now we have no response,” he said.

Abdul-Jabbar also said his country’s current production capacity of 4.9 million bpd and would reach 5 million by the end of the year.

Iraq, the second largest OPEC producer, aims to raise its capacity to 6 million bpd by 2027, he said. 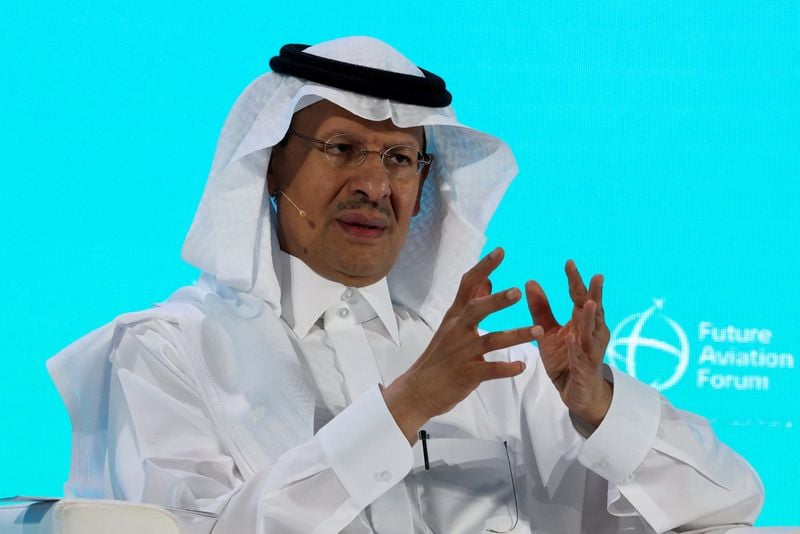