BANGKOK (Reuters) -Thailand’s economy grew faster than expected in the first quarter as exports increased and an easing of COVID-19 curbs helped activity and tourism, but higher inflation remained a drag on a fragile recovery.

The government cut its 2022 economic growth forecast to between 2.5% and 3.5% from 3.5% to 4.5% previously, due mainly to higher prices and expected slower global growth linked to Russia’s invasion of Ukraine. Another factor was China’s slowdown trend.

Last year’s expansion, revised to 1.5% on Tuesday, was among the slowest growth rates in the region.

Southeast Asia’s second-largest economy expanded a seasonally adjusted 1.1% in January-March from the previous three months, data from the National Economic and Social Development Council (NESDC) showed on Tuesday, versus a forecast 0.9% increase in a Reuters poll.

Gross domestic product (GDP) for January-March was 2.2% higher than a year earlier, beating a forecast 2.1% rise, and compared with annual growth of 1.8% growth seen in the previous quarter.

With the better than expected growth and accelerating inflation, some economists now expect sooner monetary tightening.

“Better than expected growth should allow the Bank of Thailand to follow its peers with some upward rate adjustment, which we think would happen in 4Q22,” said Kobsidthi Silpachai, head of capital markets research of Kasikornbank. Silpachai had formerly predicted a rate hike next year.

Thammarat Kittisiripat, an economist of Tisco Group, said the economy risked losing momentum due to the high inflation, which could prompt an interest rate rise this year. “We are looking at a rate hike around the middle of next year, but there is a risk that it might happen in Q4 this year,” he said.


Headline prices in January-April were 4.7% higher than a year earlier, breaching the central bank’s inflation target range of 1% to 3%. The central bank has kept its key policy rate steady at a record low of 0.5% since May 2020 and will next review it on June 8.

The economy, however, will be supported by exports, domestic demand and a recovery in tourism this year, NESDC head Danucha Pichayanan told a news conference.

Exports are seen 7.3% higher this year, versus a 4.9% increase projected earlier.

NESDC expects 7 million foreign tourist arrivals this year, versus 5.5 million seen previously, after travel restrictions were eased to help revive the crucial sector, which normally accounts for about 12% of Thai GDP.

However, the numbers are still far below the 40 million foreign tourist arrivals of 2019, before the pandemic. 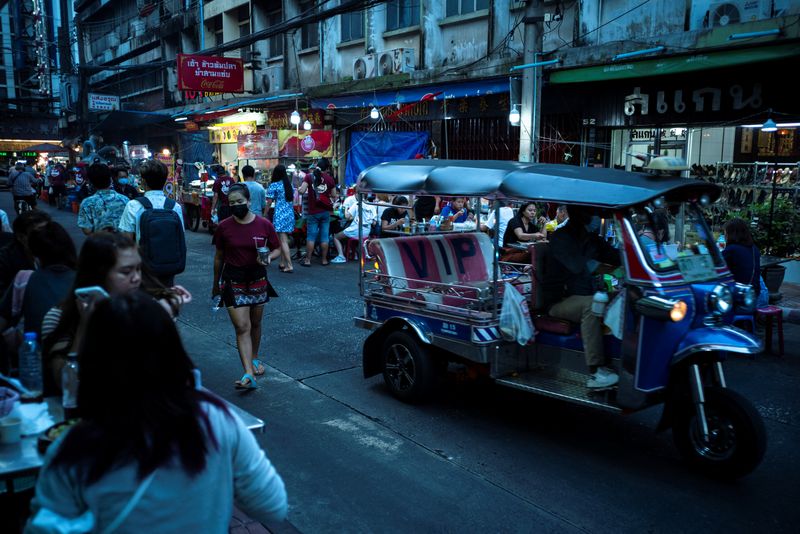