BUENOS AIRES – Javier Milei, an ebullient Argentine economist with wild hair and an avid fan base, was once known for his theatrical and acerbic televised takedowns of the country’s political elite. Now he has a shot of taking them down at the ballot box.

The admirer of former U.S. President Donald Trump, who was elected to the lower house last year, has surged in opinion polls ahead of Argentina’s 2023 presidential election with attacks on the political mainstream and pledges for total economic freedom.

“In terms of political logic, I am a mistake, because what I have come to do is in fact stamp out the privileges of politicians,” Milei told Reuters in an interview in Buenos Aires during the popular monthly lottery he holds to give away his lawmaker salary.

His abrupt rise has been underpinned by years of economic chaos that have left the once affluent South American country with inflation near 60%, four in ten people in poverty, a feeble peso currency, capital controls and recurrent debt crises.

Milei has looked to target voters disenchanted with both the ruling Peronist coalition and the main conservative opposition.

According to a recent voting intentions survey by Ricardo Rouvier & Asociados, Milei, a self-described libertarian, received the support of 37.7%, second only to potential candidate Horacio Rodríguez Larreta, the centrist mayor of Buenos Aires city, with 44.7%.

Other polls ahead of the October 2023 election show a similar trend, with one from research firm Opinaia putting him in pole position. Others show Milei just behind the mainstream candidates.

“He is rising. That’s what all the polls show,” said Shila Vilker, director of consultancy Trespuntozero.

“The question is, if he continues to gain, is it going to blow up the whole political system?”

‘I WILL BEAT THEM ALL’

The mainstream parties have taken note.

Peronist President Alberto Fernandez, who has said he will seek reelection, has criticized Milei’s platform as “right-wing anarchy.” The conservative opposition briefly considered joining forces with Milei before deciding against it. Milei said that their interest had been “lukewarm.”

No Argentine has democratically reached the presidency in a century without allying with one of the two main political movements – Peronism or the Radical Civic Union. Mounting a challenge and – if successful – ruling effectively without their political machinery would be tricky.

Many compare Milei to Trump or Brazilian President Jair Bolsonaro, for his blunt, talkative style and anti-establishment rhetoric.

But his economic proposals are not entirely like those of either.

They include slashing public spending, tackling political corruption, tax cuts and labor market reform. He has also pledged to eliminate the central bank, promote alternative currencies to the peso, and do away with trade barriers, including within the regional Mercosur trade bloc.

Social policies include opposing legalizing abortion, and defending the free carrying of weapons to cut crime.

A former rock musician and athlete, he has regularly appeared on television in recent years and starred in a theater play called “Milei’s office” focused on economics. Last year he held a flashy event at a huge concert venue in Buenos Aires to celebrate his success in legislative elections and has previously dressed up as a superhero to combat the “Keynesians.”

“Argentina has been trying out the recipe for social democracy for 100 years and, from being one of the richest countries in the world, today we are 70th,” said Milei, dressed in a gray suit and tie, rather than his normal leather jacket.

He is confident about his chances despite the hurdles.

“I don’t care who my rivals are on the ballot, I will beat them all,” he said. 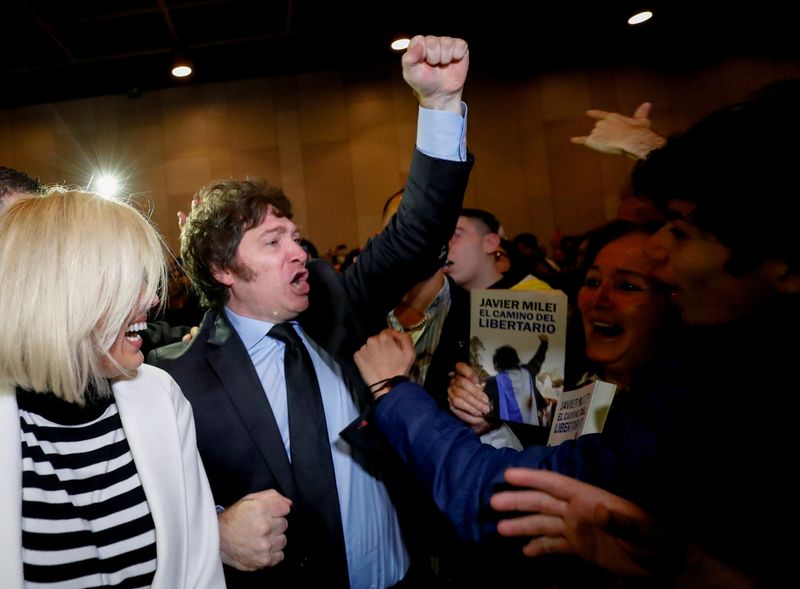 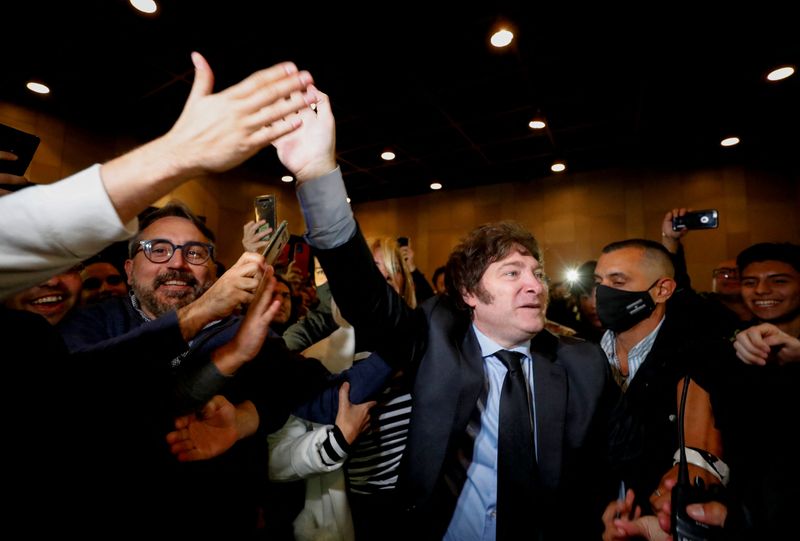 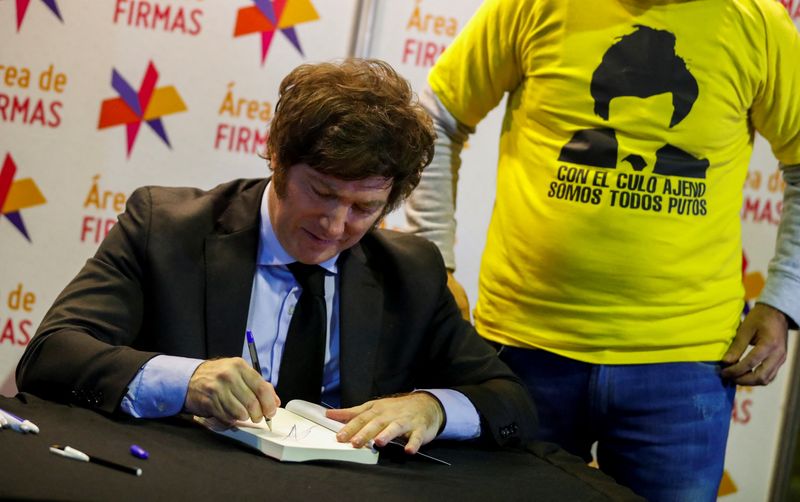