By Greg Roumeliotis and Krystal Hu

(Reuters) -A unilateral pronouncement that the acquisition of Twitter Inc is “on hold”. Fierce criticism of the social media company’s handling of spam accounts. A “poop emoji” directed at Twitter’s chief executive, Parag Agrawal.

These are just some of Elon Musk’s tweets in the last four days, culminating in a suggestion by the Tesla Inc chief executive at a conference in Miami on Monday that his $44 billion deal could be renegotiated at a lower price.

Yet the San Francisco-based company has not taken any legal action against Musk over what it sees as his “trolling” of the deal, and plans to do so only if he does not carry out the tasks needed to complete the transaction, the sources said.

One of the sources involved in the deal added that Twitter was trying to “block out the noise”.

Musk’s representatives have continued to collaborate with Twitter, according to the sources. They have been preparing information for submission to regulators, the sources said.

Twitter’s proxy statement on Tuesday, which outlined for its shareholders everything they need to know to vote on the transaction, made no mention of Musk’s comments about the deal being on hold or that it could be done at a lower price.

At the same time, some Twitter executives and advisers are concerned that Musk may be laying the groundwork for renegotiating the agreement and are preparing to defend the deal in court, according to the sources. They pointed to Musk’s comments about the deal becoming increasingly negative.

“My offer was based on Twitter’s SEC filings being accurate. Yesterday, Twitter’s CEO publicly refused to show proof… This deal cannot move forward until he does,” Musk tweeted on Tuesday morning.

The sources requested not to be identified because they were discussing confidential deal planning. Representatives for Twitter and Musk did not respond to requests for comment.

Some of Twitter’s leaders have not been indifferent to Musk’s comments. Agrawal took to Twitter on Monday to defend the company’s methodology for accounting for spam accounts, while Twitter chairman Bret Taylor tweeted on Friday that “we remain committed to our agreement”.

Twitter shares ended trading on Monday at $37.39, 5% lower than where they traded before Musk revealed on April 4 he had amassed a stake in the company, and 31% lower than the $54.20 per share deal price. This indicates that investors deem it highly likely that Musk will walk away or renegotiate the deal at a lower price.

Twitter is continuing to provide Musk with information on spam accounts, the sources said. Musk is entitled to this data as part of his planning to own Twitter under the terms of his agreement with the company.

Musk has questioned the accuracy of Twitter’s public disclosures in which the company has said that these accounts make up “well under 5%” of its user base. Twitter has cautioned that this is an estimate.

Independent researchers have projected that 9% to 15% of the millions of Twitter profiles are bots. Musk said on Monday that he suspects they make up at least 20% of Twitter’s users.

One concern weighing on Twitter as it shares information with Musk is that he may violate his non-disclosure agreement with the company and share confidential information about its platform and users, one of the sources said. Musk has argued that Twitter needs to make more information public about how its platform operates.

Musk, the world’s richest person, waived due diligence when he agreed to buy Twitter on April 25, in an effort to get the San Francisco-based company to accept his “best and final offer.”

Since then, technology stocks have plunged amid investor concerns over inflation and an economic slowdown.

Musk is contractually obligated to pay Twitter a $1 billion break-up fee if he does not complete the deal. But the contract also contains a “specific performance” clause that a judge can cite to force Musk to complete the deal.

In practice, acquirers who lose a specific performance case are almost never forced to complete an acquisition and typically negotiate a monetary settlement with their targets.

Wedbush Securities called Musk’s citing of the spam accounts as grounds to put the deal on hold a “dog-ate-the-homework excuse” given that the company was making the same disclosure on the matter since it went public in 2013.

“The stark reality for Twitter is that no other strategic/financial bidder will come near this deal and Musk knows that,” the Wedbush analysts wrote. 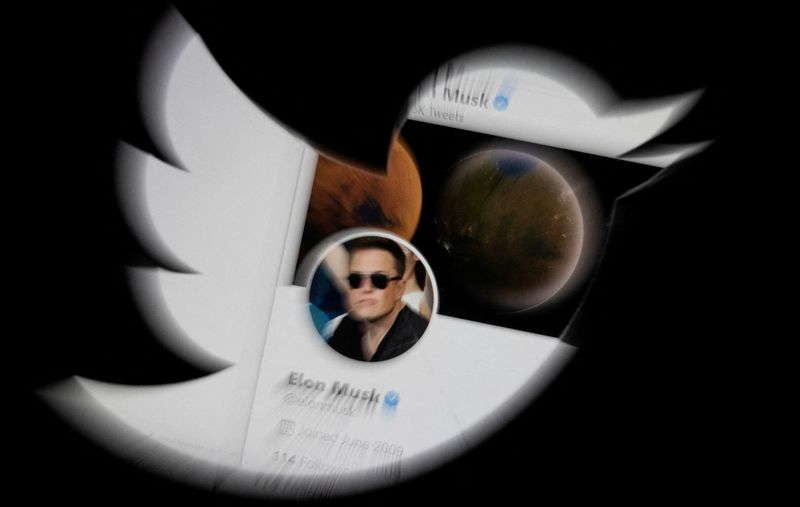