OUGADOUGOU (Reuters) -Rescue workers have found no survivors in a rescue chamber deep inside a flooded zinc mine in Burkina Faso, the government and the mine owner said on Tuesday, all but extinguishing hope that eight missing miners could still be alive after a month.

The Perkoa mine, owned by Canadian firm Trevali Mining Corp and located about 120km (75 miles) west of the capital Ouagadougou, was abruptly submerged on April 16 after torrential rain fell unexpectedly during the country’s dry season.

There had been faint hope during a month-long search and rescue operation that the missing men might have reached the rescue chamber, which is stocked with food and water and located around 570 metres below ground.

“The rescue teams have opened the refuge chamber, unfortunately it is empty,” the government’s information service said in a statement posted on social media.

Trevali said the refuge chamber had been found intact, and it was now clear none of the eight missing workers had reached it.

“This is devastating news, and we would like to offer our deepest sympathies to our colleagues’ families and friends during this difficult time,” said Ricus Grimbeek, President and CEO of Trevali, in a statement.

“We will continue our search efforts unabated and reaffirm our commitment to work at full-speed to find our colleagues.”

Distraught relatives of the missing men have been gathering every day at the site in the Sanguie province, seeking solace from each other as they faced the agonising wait for news.


Deadly mining accidents are common in Africa. The Perkoa flood garnered more attention than many because of the hope, albeit remote, of an outcome similar to the dramatic 2010 rescue in Chile of 33 miners who had spent 69 days underground — but it was not to be.

Both the company and the government have launched investigations into the causes of the disaster. The prime minister said on May 2 that mine managers had been banned from leaving the country.

The Perkoa mine consists of an open pit with underground shafts and galleries below. Most of the workers who were there at the time of the flash flood were able to escape, but the missing eight were more than 520 metres (1,706 feet) beneath the surface.

Six of the missing men are Burkina Faso nationals, one is from Tanzania and one from Zambia.

With many in Burkina Faso asking why it took so long to reach the rescue chamber and criticism of the company and state emergency services mounting, Trevali said the technical challenges were immense.

The violence of the flood was such that it washed away the road leading down into the mine as well as damaging electricity supply. The road had to be resurfaced and power restored before a full-scale search could begin.

Initially, equipment was being carried down on foot, but vehicles were necessary to install machinery capable of pumping water from depths below 500 metres. 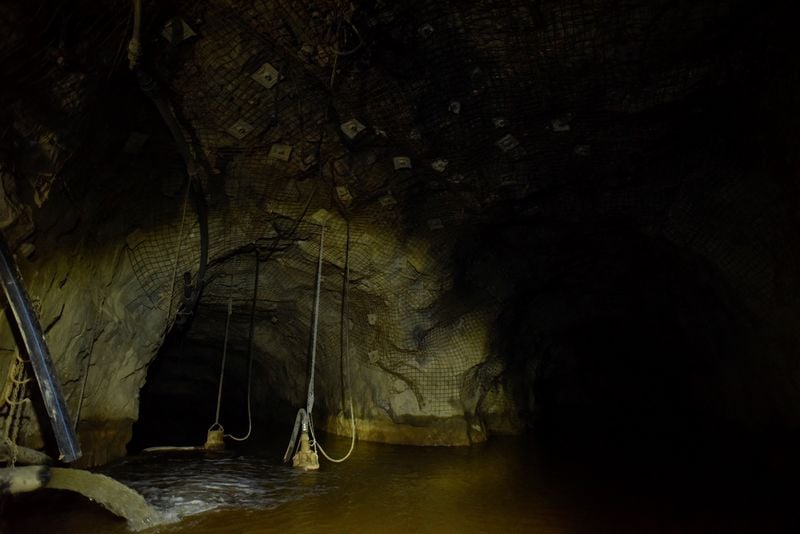