LONDON -Imperial Brands is on track to meet its full-year goals helped by strong sales of ecigarettes and heated tobacco in Europe, it said on Tuesday, boosting its shares to a more than two-year high.

Shares of the maker of Winston cigarettes and Backwoods cigars were up nearly 7% in morning trade, the second-best performance on the STOXX Europe 600 EUR price index.

Investors seem “relieved that the firm is on track to hit its full year guidance figures, as it proceeds in its five year strategy to shift to tobacco alternatives,” Susannah Streeter, senior investment and markets analyst at Hargreaves Lansdown, said.

After years of slow growth and market share losses, Imperial CEO Stefan Bomhard laid out a turnaround plan in 2021 focused on its five top markets and expanding next-generation products (NGP) deemed less harmful to health. Together, the United States, Britain, Germany, Spain and Australia account for over 70% of Imperial’s revenue.

Sales of Imperial’s next generation brands, which include Pulze heated tobacco and blu e-cigarettes, were up 8.7% to 101 million pounds ($126 million), driven by demand in Europe. In November, the company reported a more than 50% reduction in losses in the business.

Imperial also said the terms of its recent agreement to exit Russia did not include a clause allowing it to buy back its business there in future, as Western companies rush to leave the country following its invasion of Ukraine.

Imperial had said in April “investors based in Russia” were buying its business there, which contributed about 2% to annual net sales when combined with Ukraine.

During an earnings call on Tuesday, executives said the transaction was closed and there’s “absolutely no clause of buyback in there”.

On Monday, Renault said it would sell its majority stake in carmaker Avtovaz to a Russian science institute reportedly for just one rouble with a six-year option to buy it back, leaving the door open for the French carmaker’s return.

Imperial reported on Tuesday adjusted net revenue of about 3.5 billion pounds, up 0.3% in constant currencies, for the six months ended March 31. Adjusted earnings per share rose to 113 pence per share from 107 pence a share last year.

(Reporting by Richa NaiduEditing by Louise Heavens and Mark Potter) 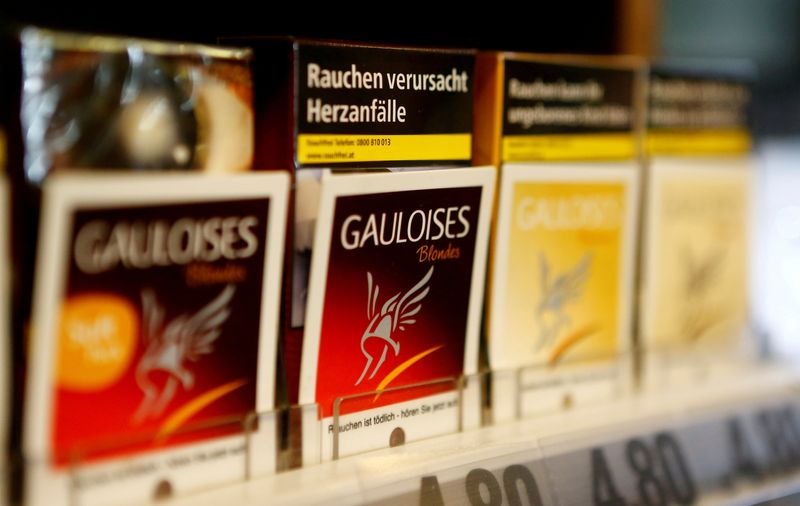