(Reuters) -Chicago Federal Reserve Bank President Charles Evans on Tuesday said he supports moving to a shallower rate-hike path by July or September to allow the Fed time to assess inflation and the job market as it pushes borrowing costs up to neutral, and likely beyond.

“I think front-loading is important to speed up the necessary tightening of financial conditions, as well as for demonstrating our commitment to restrain inflation, thus helping to keep inflationary expectations in check,” Evans told the Money Marketeers in New York, noting that inflation is “much too high.”

The Fed has raised interest rates by three-quarters of a percentage point so far this year, including a bigger-than-usual half-point hike earlier this month that lifted short-term borrowing costs to a range of 0.75%-1%.

Fed Chair Jerome Powell has signaled at least two half-point rate hikes are ahead. On Tuesday he told the Wall Street Journal that the central bank will keep “pushing” on rate hikes until it sees inflation move down in a “clear and convincing way,” not hesitating to move more aggressively if that does not happen.

Rates will likely need to go above neutral, Evans told reporters, but pushing them there makes him “nervous,” in part because it’s difficult to know exactly when rates will start to bite into growth, and other risks could suddenly emerge.

So rather than barreling ahead at half-point jumps, Evans wants to go more slowly.

“I do expect that July, September, we’ll be talking about that,” Evans told reporters after his address. By December, he said, he expects “we will have completed any 50 (basis point hikes) and have put in place at least a few 25 (basis point hikes).”

That slower pace would give the Fed time to check if supply chain kinks ease, and to evaluate inflation dynamics and the impact of higher borrowing costs on what he called a “downright tight” labor market. Unemployment is at 3.6% and job openings are at a record high.

“If we need to, we will be well positioned to respond more aggressively if inflation conditions do not improve sufficiently or, alternatively, to scale back planned adjustments if economic conditions soften in a way that threatens our employment mandate,” Evans said.

Prices in futures contracts tied to the Fed’s policy rate reflect expectations for an end-of-year policy rate range of 2.75%-3%, and for rate hikes to top out in the 3%-3.25% range.

Critics including several former U.S. central bankers have recently warned that the Fed, by waiting too long to raise rates, has set up the economy for a recession.

“Given the current strength in aggregate demand, strong demand for workers, and the supply-side improvements that I expect to be coming, I believe a modestly restrictive stance will still be consistent with a growing economy,” Evans said. 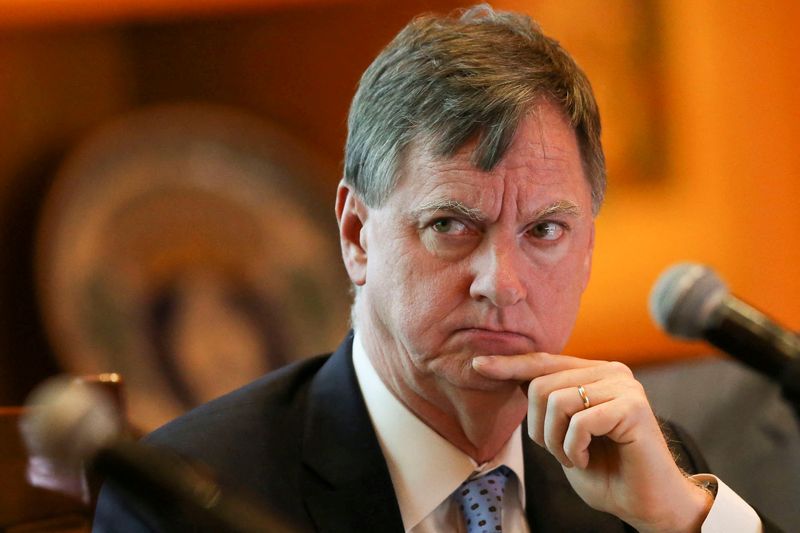