MARIUPOL, Ukraine (Reuters) -Hundreds of Ukrainian fighters surrendered to an uncertain fate on Tuesday after weeks holed up in the bunkers and tunnels below Mariupol’s Azovstal steel works as the most devastating siege of Russia’s war in Ukraine drew to a close.

Russian forces pummelled Mariupol, a major port on the Sea of Azov between Russia and Crimea, with artillery for weeks. After the urban warfare that followed, the city is a wasteland.

Civilians and Ukrainian fighters had hunkered down in Azovstal, a vast Soviet-era plant founded under Josef Stalin and designed with a maze of bunkers and tunnels to withstand nuclear attack.

Russia’s defence ministry said 265 fighters had surrendered, including 51 who were seriously wounded and would be treated at Novoazovsk in the Russian-backed breakaway Donetsk region.

Five buses took wounded fighters there early on Tuesday, and in the evening a Reuters witness saw seven more, escorted by armoured vehicles. They brought other Azovstal fighters to a newly reopened prison in Olenivka near the regional capital Donetsk.

The occupants were not visibly wounded. One bore a prominent tattoo on his neck featuring a Ukrainian national trident symbol.

Ukraine’s military command had said in the early hours that it was ending the mission to defend the plant, led by the Azov Regiment, which had previously insisted it would not surrender and appealed to Kyiv to organise an extraction.

“Because Mariupol drew in the Russian Federation’s forces for 82 days, the operation to seize the east and south (of Ukraine) was held up. It changed the course of the war,” Ukrainian presidential adviser Mykhailo Podolyak said.

It was unclear what would happen to the fighters.


Moscow has depicted the Azov Regiment as one of the main perpetrators of the alleged radical anti-Russian nationalism or even Nazism from which it says it needs to protect Ukraine’s Russian-speakers.

Kremlin spokesperson Dmitry Peskov said President Vladimir Putin had guaranteed that the fighters who surrendered would be treated “in accordance with international standards”.

Ukrainian Deputy Defence Minister Hanna Malyar said in a video that “an exchange procedure will take place for their return home”.

But Vyacheslav Volodin, speaker of the State Duma, Russia’s lower house, said: “Nazi criminals should not be exchanged.”

The TASS news agency said Russian federal investigators would question the soldiers as part of a probe into what Moscow calls “Ukrainian regime crimes”.

And Russian deputy ambassador to the United Nations Dmitry Polyansky said there had been no deal, tweeting: “I didn’t know English has so many ways to express a single message: the #Azovnazis have unconditionally surrendered.”

Civilians evacuated earlier had spoken of desperate conditions in the bunkers, and some fighters had endured horrific battle injuries with minimal medical assistance.

The Azov Regiment was formed in 2014 as an extreme right-wing volunteer militia to fight Russian-backed separatists who had taken control of parts of the Donbas – the largely Russian-speaking industrial heartland of eastern Ukraine where Russia says it wants to end Ukrainian rule.


The regiment denies being fascist, racist or neo-Nazi, and Ukraine says it has been reformed away from its radical nationalist origins to be integrated into the National Guard.

Kyiv also denies that Russian speakers have been persecuted in Ukraine, and says the allegation that it has a fascist agenda, repeated daily on Russian media, is a baseless pretext for a Russian war of aggression.

Lawmaker Leonid Slutsky, one of Russia’s negotiators in talks with Ukraine, called the evacuated combatants “animals in human form” and said they should receive the death penalty.

“They do not deserve to live after the monstrous crimes against humanity that they have committed and that are committed continuously against our prisoners,” he said. 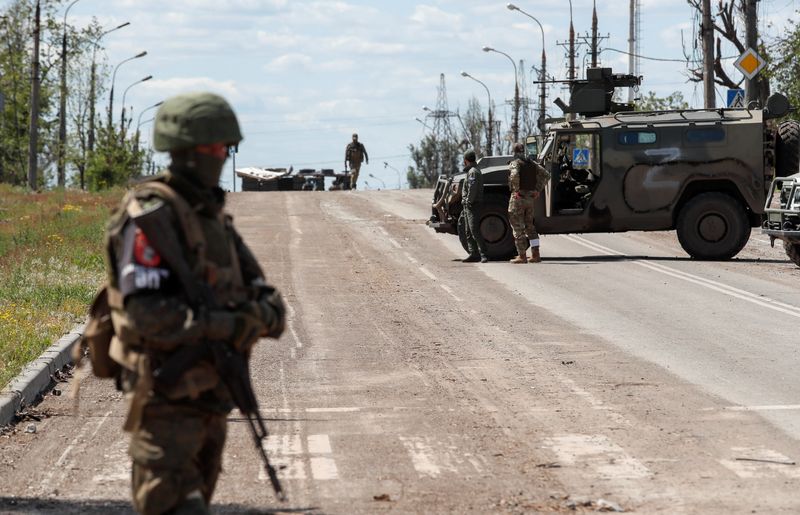 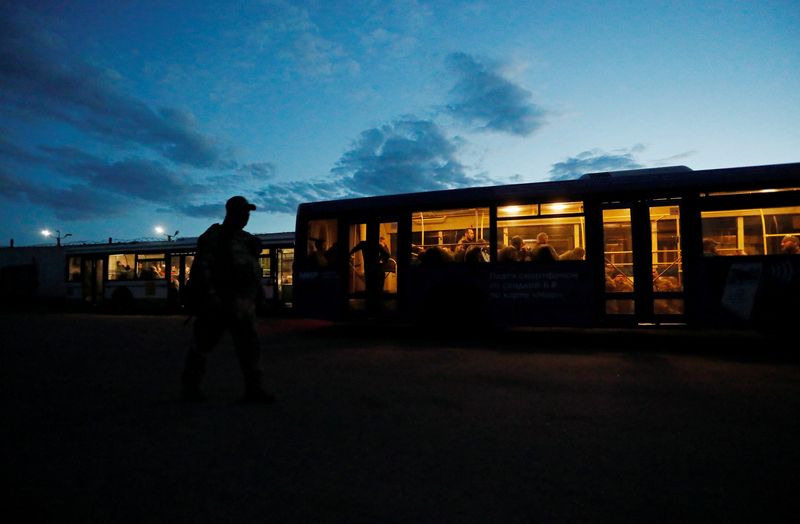 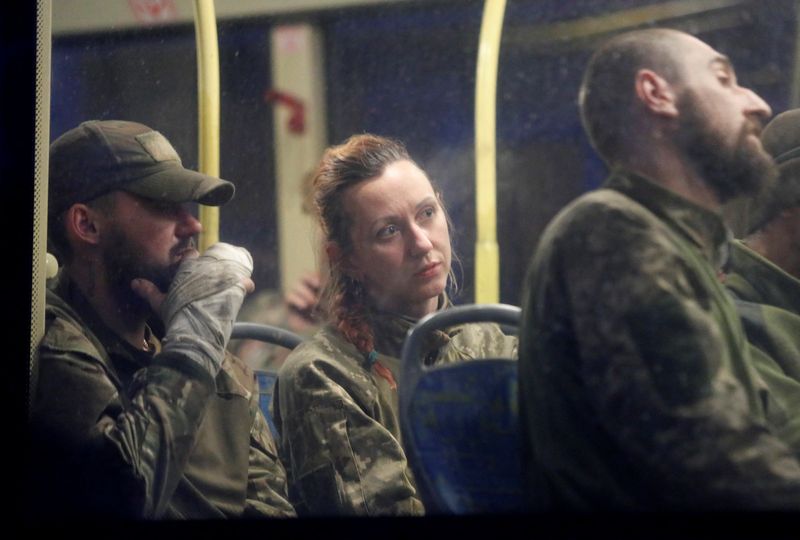 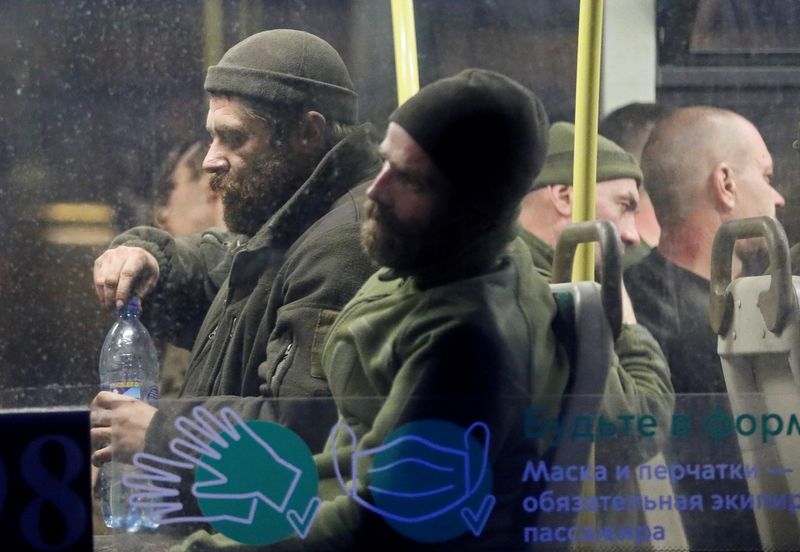