(This May 16 story corrects headline and paragraph 1 to clarify contract was awarded to the JV, not Lockheed.)

(Reuters) – A joint venture between Lockheed Martin Corp and Raytheon Technologies Corp has been awarded two contracts worth $309 million by the U.S. army for its Javelin missiles, the antitank weapon that has helped Ukraine fight Russia’s invasion, Lockheed said on Monday.

The Javelin missiles are made jointly by Lockheed and Raytheon’s missile unit.

Demand for Javelin missiles remains high as the war in Ukraine worsens, where they were used to stop Russian tanks from advancing on the capital, to an artillery battle in Ukraine’s east.

So far, the United States has sent more then 5,500 Javelin systems to Ukraine.

The defense contractor added that the contracts include more than 1,300 Javelin missiles funded from the recent Ukraine Supplemental Appropriations Act and orders for several international customers including Norway, Albania, Latvia and Thailand.

Lockheed also said that it is working to increase its missile production rate beyond the current 2,100 per year.

(Reporting by Nathan Gomes in Bengaluru; Editing by Shailesh Kuber) 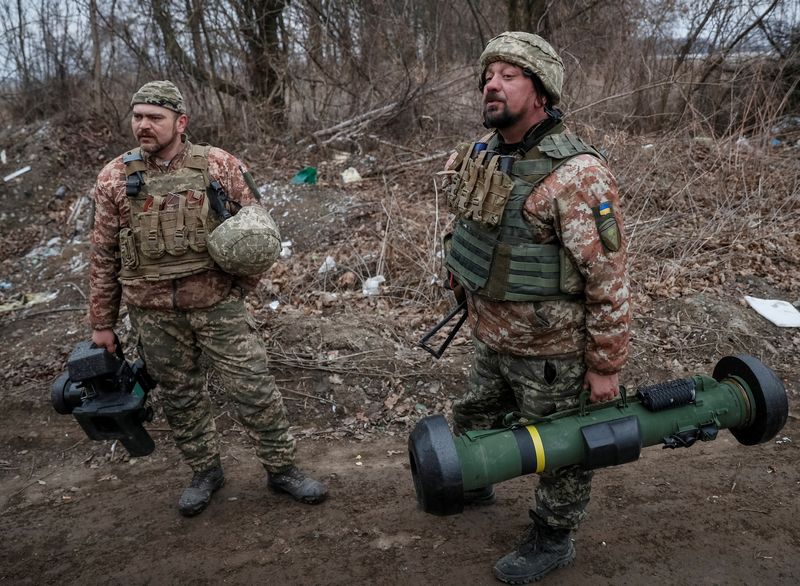